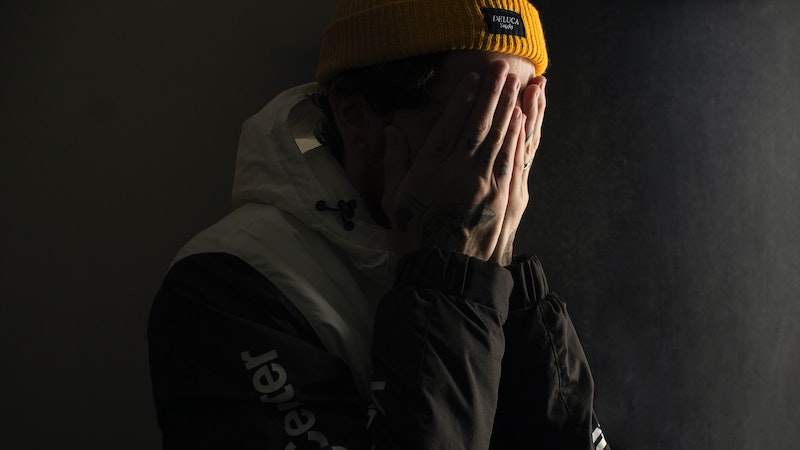 We live in a society that’s historically been emotionally and sexually repressed. The psychological mechanism by which we repress our socially unacceptable emotional and sexual impulses is unconscious shame.

Unconscious shame is a layer of invisible ‘emotional concrete’ that overlays the whole of society. It’s so widespread that its effects are considered totally normal and generally pass completely unnoticed.

Unconscious shame is a layer of invisible ‘emotional concrete’ that overlays the whole of society. It’s so widespread that its effects are considered totally normal and generally pass completely unnoticed.

Because this shame is unconscious, it’s also invisible—to the extent that it’s not even recognised in our dictionaries. Throughout this site I present the psychological evidence that unconscious shame not only exists but is a key force shaping all our lives.

Unconscious shame is one of the key components of what I call the Patriarchal Operating System, the acquisitive, consumptive and destructive psychological model that’s crippling humanity and the planet.

This shame encompasses all the feminine aspects of our being—our emotions, our physical body and our sexuality.

These three types of shame are separate yet inseparable. In Healing the Hurt Within, self-harm therapist Jan Sutton describes how a self-harmer hated the region between their genitals and their breasts. They wished that part of their body did not exist. This hatred contains all three forms of shame, yet reveals their separate components.

For more information on sexual shame, click here. This post focuses on characteristics common to all shame.

1 a painful feeling of humiliation or distress caused by the consciousness of wrong or foolish behaviour:

2 a regrettable or unfortunate situation or action

What’s notable about this definition is that it ascribes shame to isolated actions or incidents. Only when we behave in a “wrong or foolish” manner do we experience feelings of humiliation or dishonour. The word “unfortunate” suggests an element of luck, as if shame occurs by accident, an occasional booby prize in the lottery of life.

The general understanding of shame—if there’s one at all—is that we are all free of it except for those irksome moments of “wrong or foolish behaviour.”

Our conscious and unconscious minds can be understood as follows:

Everything below the conscious part of our minds is walled off by unconscious shame.

At the root of ancestral trauma lies the mother wound—humanity’s core wound, including the traumatization of everything feminine, that separated us from oneness with nature, with the cosmos, and from healthy emotional and sexual connection—initially from our physical mothers, subsequently from everyone else.

Everything outside the conscious mind is walled off by unconscious shame.

In reality, these layers interpenetrate each other and are not neatly divisible. I’ve written more about this in Trauma exists as a series of ripples.

In general, healing proceeds from the most recent to the most ancient psychic material.

Unconscious shame originates in our patriarchal past when the need to survive dictated that people maximised their masculine warrior abilities and minimised their feminine, nurturing aspects. I’ve written about this in more detail in A brief history of shame.

This created an overwhelming pressure for people to repress the aspects of themselves that conflicted with social standards—chiefly our emotions and our sexuality. They shamed others for exhibiting socially undesirable qualities and felt ashamed of themselves for sensing those qualities within themselves.

The diagram below shows how the separation of personal qualities into acceptable and unacceptable created an internal psychological schism. The horizontal line represents this schism, which is the sexual-spiritual split. We are conscious of everything above the line. Everything below the line—and the line itself—is shrouded by the fog of unconscious shame.

The presence of these shamed/shameful aspects within ourselves created a permanent sense of shame, which needed to be repressed to (a) avoid the pain of the shame and (b) prevent socially unacceptable behaviour.

Shame creates anxiety over the repressed aspects of being, and a consequent fear of discovery and punishment. As a repressed society, we have little idea what ‘normal’ emotional and sexual behaviour is—for the simple reason it hasn’t existed in human societies for thousands of years.

Carl Jung echoed this when he said, “Show me a sane man and I will cure him.”

Shame is handed down from one generation to the next via a process known as epigenetic inheritance. This trans-generational shame effectively operates as a low-grade, hard to recognise form of Post Traumatic Stress Disorder (PTSD).

As society has become more prosperous and we live ever more comfortably, we increasingly come into contact with our repressed emotions and sexuality—particularly if we’re overly sensitive. Elaine N. Aron, PhD, has written about high sensitivity in her book The Highly Sensitive Person.

Shame-based social conditioning is a factor in the following beliefs, behaviours and issues:

For more information, please see the Are YOU Ashamed? toolkit. Unconscious shame can clearly be perceived in the lives of troubled celebrities such as Michael Jackson and Amy Winehouse. It is invariably present in cases of sexually-motivated criminal behaviour. These examples show that unconscious shape not only powerfully shapes people’s lives but can destroy them.

“Until you make the unconscious conscious, it will rule your life and you will call it fate.”

In general, healing the contents of the unconscious proceeds from the most recent to the most ancient.

To clear unconscious shame we must:

My experience is that recognising, accepting and releasing unconscious shame through personal development work can alleviate or entirely resolve many shamed-based issues. This takes time and requires painful soul-searching. But it can be done.

Photo by felipepelaquim on Unsplash