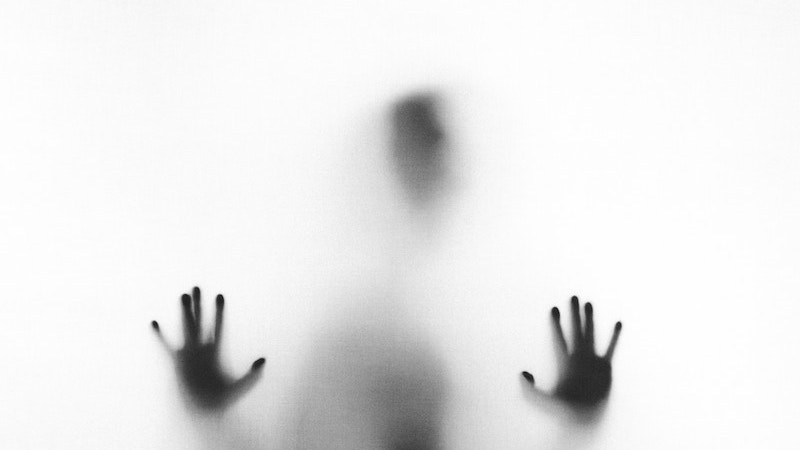 “You’re staring straight ahead. Somehow your awareness peels away from you, in slow motion. It’s like you’ve cracked in two, and one half is facing the wrong way. Are you in your physical body, which you know must still be there? Before you know it, you’re up on the ceiling somewhere, watching yourself down below.” Hannah Ewens describes her experience of Depersonalisation Disorder in a gripping account in The Guardian.

Wrong end of a telescope

Ewens explains the disorder as “one of the body’s stress responses. You can’t deal with a situation, so it almost ejects you…” Not all experiences of depersonalisation are quite as dramatic.

Mine was gentler but more persistent. In my mid-teens I felt like I was slipping away from life until I could only see it through the wrong end of a telescope, remote and inaccessible. My family felt like strangers, people with whom — due to some cosmic accident — I shared the train carriage of existence.

My school grades plummeted from the straight-A’s of my early high school years. I emerged into the working world lost and confused. Life always seemed to be happening somewhere else. The opposite sex was an attractive but alien life form whose mere proximity induced weak knees, acute flustering and heart palpitations. I spent a lot of time alone, with no name or understanding of my condition. It was my ‘normal’.

Depersonalisation creates issues with ‘showing up’. People affected by it are prone to physically retreating from overwhelming situations. Even if they do show up physically, they have difficult being emotionally present. This creates difficulty in engaging with reality and with interpersonal relationships.

The term ‘depersonalisation’ has been in use for over a century. While many people have occasional experiences of depersonalisation, as a severe condition it is thought to affect 1-2% of the population.

The World Health Organisation’s ICD-10, the International Statistical Classification of Diseases and Related Health Problems, describes Depersonalisation Syndrome as follows: “Among the varied phenomena of the syndrome, patients complain most frequently of loss of emotions and feelings of estrangement or detachment from their thinking, their body, or the real world.”

Depersonalisation has a high correlation with low self-esteem, self-harm, anxiety and panic attacks — exactly the same emotional territory as the other shame-based issues explored elsewhere in this blog.

That’s because, as Ewens notes, it’s an attempt to escape an emotionally overwhelming situation. Like all attempts to avoid overwhelm, depersonalisation is linked to shame in general and body shame in particular.

Depersonalisation is an attempt to escape an emotionally overwhelming situation. It is linked to shame in general and body shame in particular.

Ewens’ account is quite explicit on this point. While experiencing depersonalization, she describes her body as “alien to me. Hairy, covered in sweat and fat…” Ewens also associates depersonalisation to times of heightened anxiety and panic attacks.

The onset of puberty causes deep feelings of sexual shame. The more sensitive we are, the more we’re aware of them. Depersonalisation was a means of escape. At the same time, our sexual development stalls. I didn’t know it then, but profound shame causes the natural sexual maturation process to go into arrested development.

Like all shame-based issues, a deep unconscious shame of the emotions, the body and sexuality — and a consequent anxiety at presenting those aspects of the self to society — underlies this condition.

Like all shame-based issues, depersonalisation can be alleviated by recognising and releasing the underlying shame. My Releasing Unconscious Shame toolkit provides a framework for doing this.

I also had a powerful experience in 2020 that literally shocked me into ‘showing up’ – being more present in life. On the Thursday evening before Easter, during the coronavirus lockdown, the hot water tank sprung a leak. With a four-day holiday impending and the country in lockdown, no plumber could be found. Depersonalisation triggered strong feelings of overwhelm. I had to be fully present to deal with the water flooding through the house.

As I did so, I had a clear sense that I was being shocked out of wherever my psyche was stuck. Depersonalisation no longer affects me. I no longer see life through the wrong end of a telescope.

Photo by Stefano Pollio on Unsplash