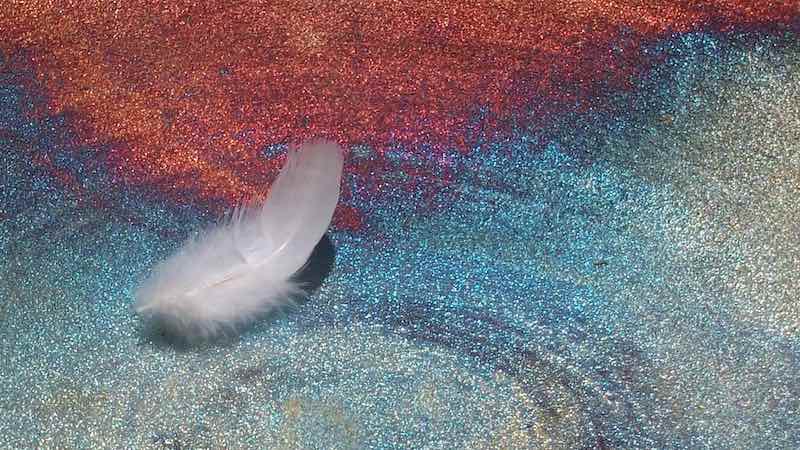 In What is unconscious shame?, What is sexual shame?, What is generational trauma? and other posts I’ve written about the layer of unconscious, invisible shame and trauma that overlays our whole society. This raises a question: why are some people hugely affected and others hardly at all? I can answer this in two words: human sensitivity.

The wiki’s examples of sensitivity include:

Examples of its opposite, insensitivity, include:

Elaine N. Aron, PhD, has extensively studied human sensitivity. Her research is documented in The Highly Sensitive Person. She writes:

One in every five people is born with a heightened sensitivity; they are often gifted with great intelligence, intuition and imagination, but there are also drawbacks. Frequently they come across as aloof, shy or moody and suffer from low self-esteem because they find it hard to express themselves in a society dominated by excess and stress.

The reason HSPs suffer from low self-esteem isn’t because they “find it hard to express themselves in a society dominated by excess and stress”. Both the low self-esteem and the inability to express are symptoms. Neither is a cause.

The underlying cause is the shame, guilt and trauma of our patriarchal past that’s swilling around in our unconscious. Carl Jung writes that, “Until you make the unconscious conscious, it will rule your life and you will call it fate.”

The more sensitive you are, the more your unconscious rules your life.

HSPs have a heightened awareness of society’s unspoken rules and of how their feelings violate those rules. The result is all the symptoms catalogued by Aron: aloof, shy, moody, low self-esteem, and a struggle for self-expression.

HSPs fear expressing themselves because of the genetic memory of patriarchal punishment of socially unwanted emotional and sexual feelings.

Aron’s website provides a self-test to determine your level of sensitivity. You can take it here: https://hsperson.com/test

Elaine Aron’s research indicates that, “around 20% [of people] felt they were ‘extremely’ or ‘quite a bit’ sensitive. An additional 27% said ‘moderately’… a whopping 42% said they were ‘not at all’ sensitive.”

This suggests quite an unusual distribution pattern, but I suspect unconscious shame has distorted these figures.

Ultimately, the precise distribution of human sensitivity isn’t critical. It’s easier to imagine a bell curve with most people in the middle (i.e. they have a moderate level of awareness). Some have an unusually low level of awareness (of their own feelings and those of others) while others—Aron’s 20%—have a relatively heightened awareness. 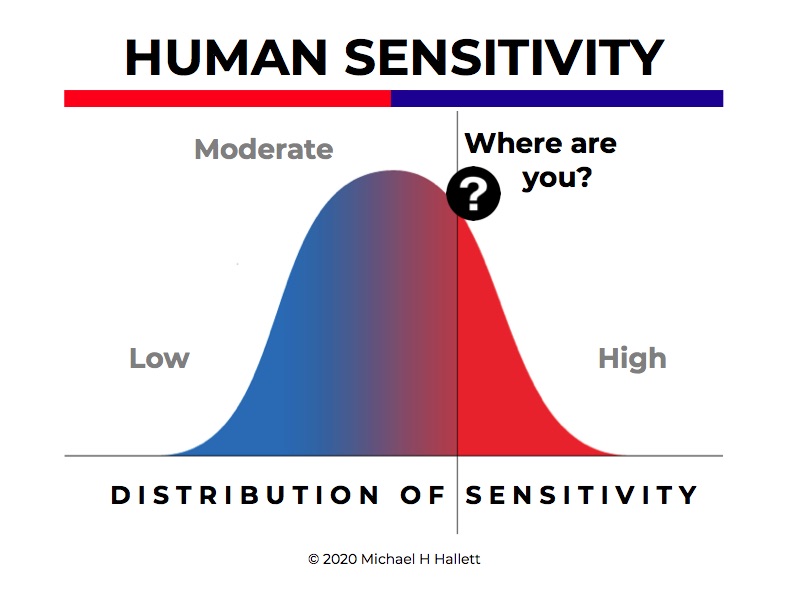 The impact of human sensitivity

Unconscious shame impacts us according to our level of sensitivity.

Unconscious shame impacts us according to our level of sensitivity. It’s important to note that just because people are insensitive doesn’t mean they are unaffected by shame and inherited trauma.

It’s important to note that just because people are insensitive (low-to-middle on the bell curve) doesn’t mean they are unaffected by shame and inherited trauma. It just means they aren’t consciously aware of it.

Less sensitive individuals are still deeply affected by shame. They tend to uphold conservative values (right side of the political spectrum). However, insensitivity allows them to express themselves more freely.

The more sensitive people are, the more they’re aware of their buried feelings. As a consequence, they tend to have more empathy for others and have liberal values (left side of the political spectrum). The more aware they are of their feelings, the more they unconsciously repress their self-expression.

We dedicate a vast amount of endeavour to anaesthetising our sensitivity. We don’t like feeling our feelings, for the simple reason that they are historically dangerous.

Instead we engage in a huge range of activities designed to dampen our feelings, to avoid our repressed pain, to drown out that inner voice that tells us to pay attention to our emotional ecology.

In Why do we reward ourselves with numbness? I question why a lot of the rewards we seek have the effect of desensitising us. This includes alcohol, drugs, loud music and processed foods. They all lower our vibration and reduce our sensitivity.

Remember the wiki definition. Sensitivity is “the strength of the feeling it results in, in comparison with the strength of the stimulus.” The stimulus is 6,000 years of genetically inherited patriarchal programming. We’re all on the receiving end of that. Some of us feel it more than others.