Wikipedia defines patriarchy as “a social system in which men hold primary power and predominate in roles of political leadership, moral authority, social privilege and control of property.” This is a superficial view. Exploration of the unconscious exposes patriarchy as a system in which interlocking ‘psychological laws’ create a society that distributes power on very specific lines that account for racism and homophobia as well as the disempowerment of women.

The 3 laws of patriarchy are components of what I call the Patriarchal Operating System, the acquisitive, consumptive and destructive psychological model that’s crippling humanity and the planet.

The laws of patriarchy

I term these laws of patriarchy ‘psychological laws’ because they operate—for now—with all the blind force of legal statutes. They’re buried deep down in the psyche of almost every human being currently alive. The question isn’t whether these laws are in your unconscious; it’s to what extent they shape your life.

These laws are buried under a thick patina of unconscious shame that can only be removed with significant personal development (inner healing) work. We’ve all been inheriting these laws for the past six millennia or so due to a mechanism known as epigenetic inheritance.

Patriarchy distributes power according to the intersection of three key laws: 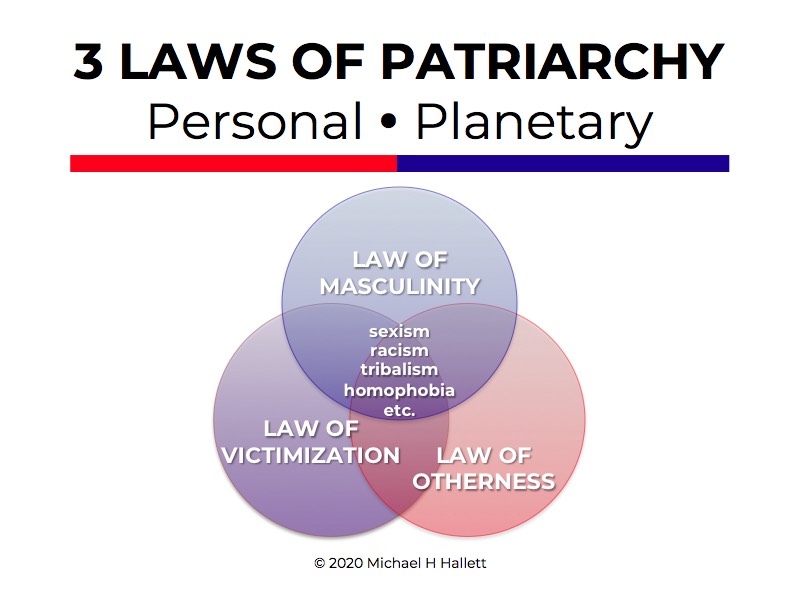 1. The Law of Masculinity

The Law of Masculinity states that the masculine rules the feminine.

This is the “men hold primary power” of the Wikipedia description. While this is superficially true, it’s actually the masculine aspects of the human condition that dominate the feminine aspects.

Our masculine aspects are chiefly physical strength and intelligence. They are hard and objective. Our feminine aspects include wisdom, wellbeing, emotions and sexuality. They are softer, more subjective.

In A brief history of shame I describe how this first law came into being due to long-term drought causing desertification and famine.

In Saharasia, geographer James DeMeo describes how, in the quest for survival, famine amplifies masculine characteristics and withers feminine ones, creating “a pattern of famine-induced emotional contraction and contactlessness [sic].”

Over time, all emotional expression becomes painful, leading to denigration and shaming of all things feminine. Environmental stress literally created a trauma around the feminine that still significantly exists today.

The early patriarchal civilizations emerged as cultures that both reflected and reiterated this wounded femininity (see Traumatisation of the feminine created patriarchy, not the other way round). The law that the masculine rules the feminine resulted in a society where men victimized women.

2. The Law of Victimization

The Law of Victimization states that the stronger can victimize the weaker to the extent that they can get away with it.

I’ve described this law in a number of blogs as the ‘victim/victimizer dynamic’:

“The rise of patriarchy created a new dynamic that became embedded in the human psyche: victimizer and victim. Ever since, we have bought into the basic notion that we can victimize those weaker than us while those who are more powerful than us can victimize us in any way they can get away with: physically, emotionally, sexually, financially.”

Because of the Law of Masculinity, men have historically victimized women in many ways; e.g. denying them property, divorce or inheritance rights. However, the Law of Victimization isn’t restricted to women.

“Both men and women can be victimizers. As well as victimizing women, men victimized other men violently, economically and at times sexually. Ruling class women victimized their servants and slaves, male and female alike, sometimes more cruelly than their men did.” 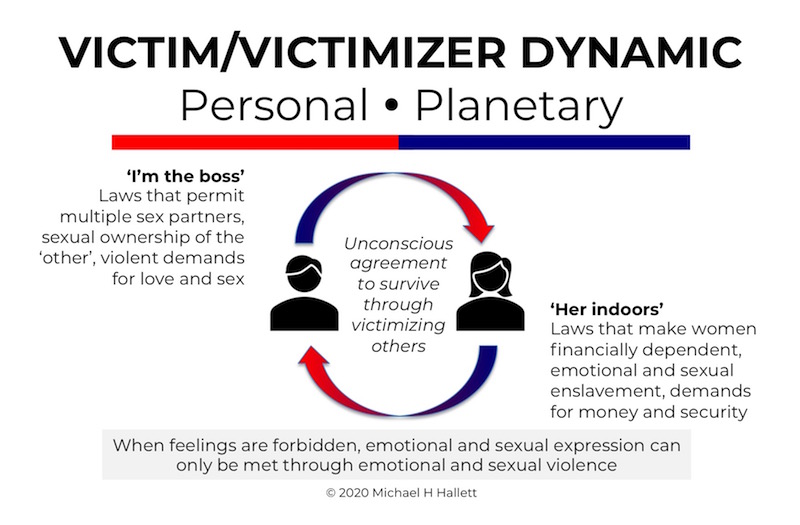 Every patriarchal civilization has victimized to the greatest extent that it could: Assyria, Rome, the Muslim Caliphate, Genghis Khan, from the European colonial empires to today’s global conglomerates. All our laws and civil institutions have been enacted to contain and control this victimization.

The Law of Victimization never operates blindly or randomly. It always operates on the basis of otherness.

3. The Law of Otherness

The Law of Otherness states that those who are ‘other’ can be victimized to the extent of their otherness.

Race and gender are the two most distinctive forms of otherness. There are plenty of others:

The more ‘other’ another group or person is perceived to be, the more the victimizer considers it acceptable to victimize them.

All these concepts of separation, these ways of dividing people into ‘us’ and ‘them’, are structural elements. Patriarchy cannot function without these ‘lines of otherness’.

These ‘lines of otherness’ are the fractures along which radicalisation develops. While the term is generally associated with religious extremism, it also applies to those who react violently to any form of otherness, from religion to race, politics and sexuality.

Interestingly, sexism is always present in a radicalised individual, regardless of the ‘line of otherness’ that—superficially at least—seems to be the driver. This is due to the Law of Masculinity and its emphasis on denigrating the feminine.

The three laws can be depicted in a Venn diagram as shown above.

The intersection of the three laws of patriarchy gives rise to all the –isms and other forms of division. These include sexism, racism, anti-Semitism, tribalism in its many guises, homophobia, and antagonism to the entire LGBTQ+ spectrum.

The Italian ultra hardcore football fans demonstrate the confluence of the three laws just as much as the Genghis Khans, Attila the Huns and Vlad the Impalers of history. The ultras have effectively been radicalised by football.

The ultras have long sought to keep their sections of the stadium terraces as a male-only preserve, they recognise the fans of rival teams as the worst kind of ‘other’, and believe that otherness gives them the right to violence.

Despite obeying all the laws of patriarchy, the posturing between rival ultras gives the sense of being some kind of bizarre mating ritual. In this it reveals the root cause of patriarchy itself: all victimization is an expression of the pain of the mother wound, the “pattern of famine-induced emotional contraction and contactlessness” that created the laws of patriarchy in the first place.

We remember what suits us and forget what doesn’t 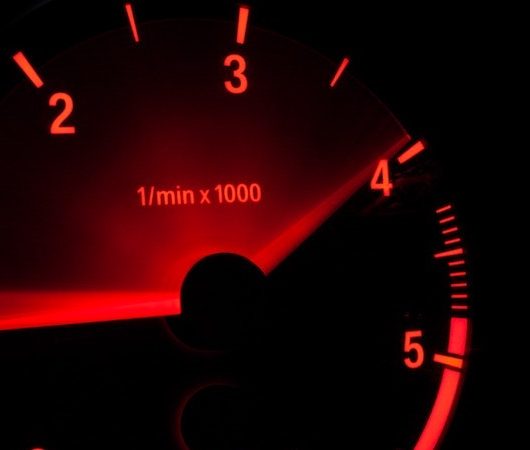 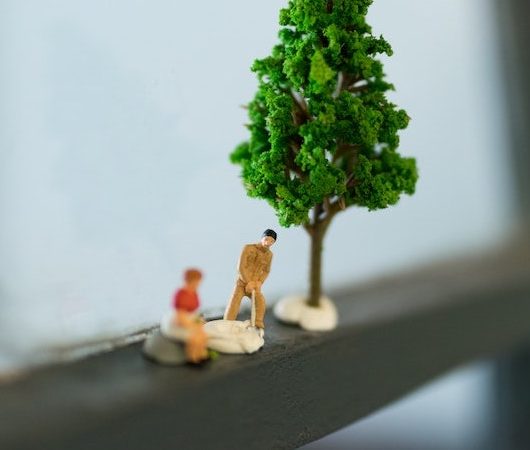 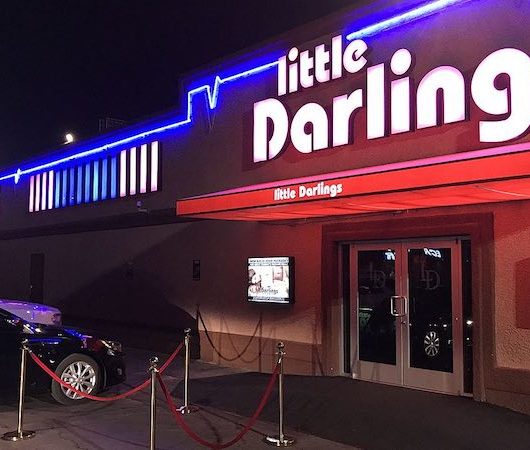