Our society doesn’t have an accepted sense of some kind of mother wound that we all suffer from, individually or collectively. Yet one look at the world reveals a globe reeling from crisis to crisis, on the brink of extinction. The world is wounded in some fundamental way.

As we are the world, this wound must exist. Why can’t we see it?

The reason is simple: it’s so painful that we’ve buried it under enough emotional concrete that we’re not aware of it. It lies, as Suzannah Lessard notes in The Architect of Desire, “outside the architecture of civilization as we understand it.”

At its heart, the mother wound causes a failure of nurturing that prevents our inner child—the pure, playful, joyful, fully connected part of ourselves—from developing into our adult self.

Yet, if we embark upon a journey to wholeness, we eventually chip our way through that emotional concrete and encounter it.

The mother wound is the core component of what I call the Patriarchal Operating System, the acquisitive, consumptive and destructive psychological model that’s crippling humanity and the planet.

‘The mother of all wounds’

During the 1991 Gulf War, Iraqi leader Saddam Hussein memorably used the phrase, “The mother of all battles.” The ‘mother of all…’ construct has since been used in many ways.

When it comes to emotional wounds, this mother wound at the collective core of humanity is ‘the mother of all wounds’.

It accounts for our disconnection from our selves and from the planet—which in turn accounts for the state of the environment.

Heal this wound and your life will change.

Heal this wound on a planetary scale and the planet will change.

Long-term drought in the Sahara, the Middle East and Central Asia led to desertification, famine and competition for resources. Psychologically, it caused the mother wound. This event, which spanned several thousand years, is recorded in the Bible as ‘The Fall’.

Cultural historian Riane Eisler describes this as “a change so great, indeed, that nothing in all we know of human cultural evolution is comparable in magnitude.”

The impact of this shift—what we call environmental stress (or eco-anxiety)—was immense. People who once lived in close connection with nature felt shocked and betrayed as once-fertile land dried up, and food and water sources vanished.

Environmental stress impacts us in very specific ways. In Saharasia, geographer James DeMeo describes the psychological impact of the East African droughts of the 1970s and 80s: “[Famine produces] a general intolerance and anxious aggressivity [sic] towards the basic biological expressions of… touching and body contact…”

This intolerance for basic biological processes extended to breastfeeding. In Sex in Prehistory, Timothy Taylor writes:

“Warrior societies… often withheld colostrum from a newborn infant and give him or her water instead. The infant is understandably angry about the fact, except that it lacks the cognitive abilities to understand anger, so the event becomes an unconscious focus for aggression in later life.”

These warrior societies created the template—military, political, financial, social and psychological—for every patriarchy that followed, including today’s global society. The psychological wounds of the first patriarchies were never healed—merely handed down.

Quoting from Anne Baring and Jules Cashford’s The Myth of the Goddess, Steve Taylor writes that during The Fall “the atmosphere over the Middle East was… ‘one of acute anxiety and fear of disaster’ which ‘created a compulsion to aggression’.”

The aggression was an attempt to resolve the anxiety caused by the loss of natural nurturing, both physical and emotional.

The impact of the deprivation of the breast cannot be overstated. Psychologist R.D. Laing identifies this as potentially the beginning of all emotional dysfunction, what he terms ‘nonbeing’:

“The first intimations of nonbeing may have been the breast or mother as absent.”

The same separation that occurred at the micro level between mothers and infants repeated at the macro level between nature and humanity—to an infant, its mother is nature. Nature slipped from being revered to something distrusted, unruly and alien.

These macro and micro separations—nature-human and mother-child—fractured on both physical and emotional levels, giving rise to six fragments:

This six-way fragmentation of being is the mother wound. It is the origin of all personal and planetary dis-ease.

The need to fight for food and water broke humanity’s respect for nature—plant, animal and human alike—and the responsibility to steward the planet for future generations.

Anything and anyone could be killed, destroyed or consumed in the pursuit of survival, regardless of long-term consequences. This pursuit later mutated into the pursuit of wealth, which is still prevalent now.

This is the basis of the environmental destruction we’re dealing with today.

2. Separation from the cosmos

The mother wound manifested in the overthrow of peaceful fertility cults by tribes with male war gods. They legitimised slaughter and conquest for survival and accumulation, as antidotes to fear and anxiety.

“Man is the most insane species. He worships an invisible God and destroys a visible Nature, unaware that this Nature he’s destroying is this God he’s worshipping.”

This abstracted view migrated into the scientific paradigm that saw the world as the outcome of mechanical processes.

If we are the result of accidental processes, with no connection to nature in either the physical or cosmic sense, we can avoid emotional responsibility for our own lives, those of others, and the sustainability of the planet.

This is the basis of today’s materialist worldview that places no inherent value on nature, wellbeing or even life itself.

3. Separation from the breast

As described above, the mother wound manifested in early weaning practices. These created angry male children who grew into men with an insatiable appetite for violence and sexual violence.

It still manifests today in masculine control, suppression, persecution, shaming and repression of everything feminine, emotional or sexual.

This is the basis of society’s difficulties with anything related to the sexual parts of the body (no breastfeeding in public, nudity, sex), including the vast catalogue of human sexual dysfunction.

4. Separation from the body

The mother wound causes an inability to fully inhabit our physical bodies. This manifests in difficulties with basic biological functions such as eating and elimination—and even death.

It also manifests in our lack of awareness that we store trauma in our physical bodies. Trauma goes right down to the cellular level. The proof of this is evident on the healing journey when emotional healing enables a corresponding physical healing.

This is the basis of society’s awkwardness, difficulty and shame with basic biological functions (feeding, elimination, sex, death).

As James DeMeo describes above, famine creates intolerance and aggression around body contact. This has catastrophic repercussions for the mother-child bond. This is dependent not only on cuddling but also on nipple-to-mouth contact to give the baby physical and emotional nurturing.

This traumatisation of the feminine is what created patriarchy.

The first warrior societies, as Timothy Taylor described, responded by denying their infants anything other than basic physical sustenance.

But the damage to the mother-child bond was done. Even though we now encourage breastfeeding and emotional nourishment, this age-old trauma lives on in us, acquired through epigenetic inheritance.

As I write in The mother wound – “The dreadful has already happened”, the cellular-level trauma humanity acquired a few thousand years ago prevents us from providing enough emotional nourishment to trigger our full development as connected, caring, responsible beings.

This is the basis of society being emotionally stuck at the level of reacting to survival fears through short-term strategies that in the long term destroy human and planetary sustainability.

6. Separation from our inner child

At its heart, the mother wound causes a failure of nurturing. This prevents our inner child—the pure, playful, joyful, fully connected part of ourselves—from developing into our adult self.

Instead, we each go through our own individual ‘fall’ as teenagers. We learn to shut down our individuality, spontaneity and playfulness. In their place we develop a ‘false self’—coping mechanisms that allow us to fit in with the demands of patriarchal, consumption-driven society.

“We are born into a world where alienation awaits us.”

This is the basis of society’s separation from joy, connection and playfulness, instead focusing on duty, acquisition of status, and a dog-eat-dog mentality (which includes eating the planet).

The combined result of the fragments of the mother wound is that we’re dealing with arrested development on a species-wide level:

We each carry these wounds to the extent that ancestral, generational, and current-life traumas impact us.

More on the mother wound

The mother wound is a complex, sprawling topic. I’ve tried to make it vaguely comprehensible by splitting some of it into separate blogs:

One of the outcomes of the mother wound is that mothering itself becomes fearful. In The History of Childhood, Lloyd DeMause writes:

“The history of childhood is a series of closer approaches between adult and child, with each closing of psychic distance producing fresh anxiety. The reduction of this adult anxiety is the main source of the child-rearing practices of each age.”

To heal the mother wound we have to strip away everything. That means stripping ourselves bare as an empty warehouse.

The hole behind humanity’s unsustainable consumption

We respond to the lack of genuine nurturing through trying to fill the numbing sense of emptiness at our core. We do this through endless grasping—for money, love, food, status, attention—anything will do.

Any form of unsustainable acquisition or consumption that we do—or would do, if we could—is an attempt to fill the hole left by the mother wound.

Photo by guille pozzi on Unsplash 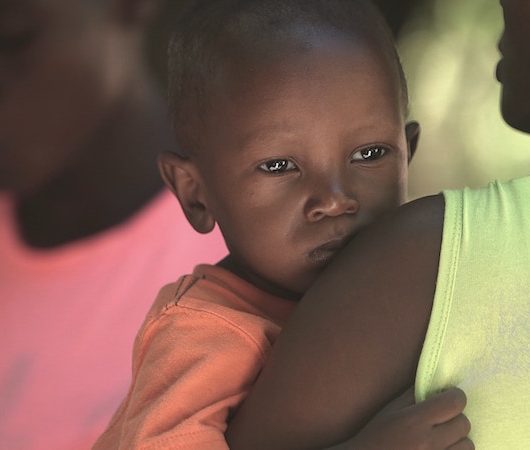 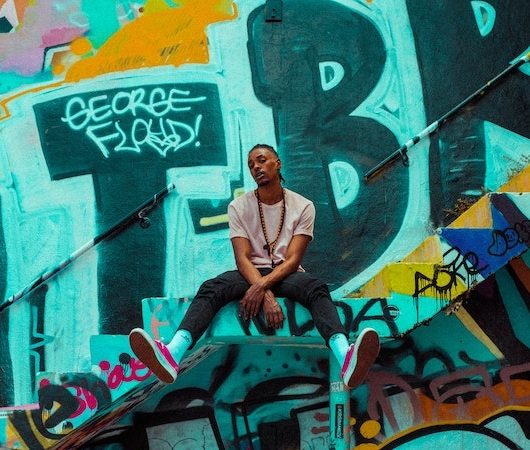 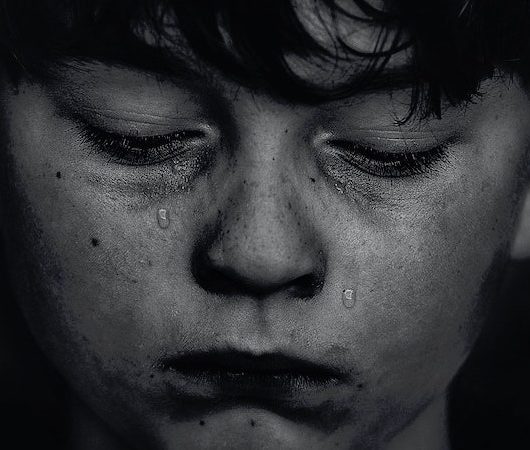