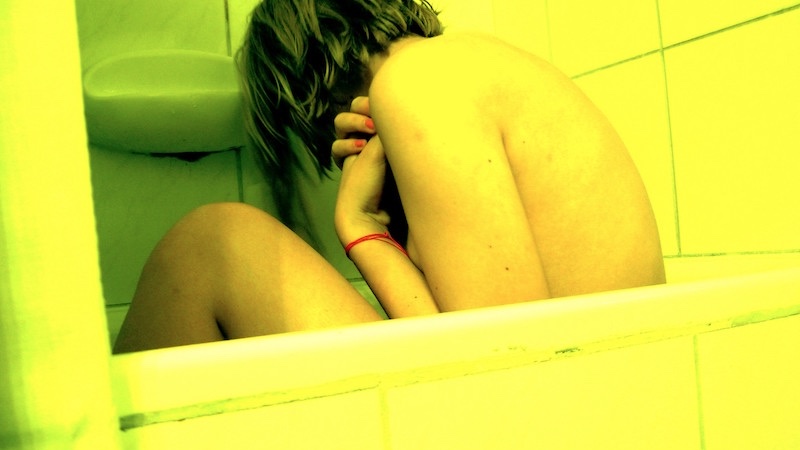 In What is unconscious shame? I described how all the feminine aspects of our being—our emotions, our feelings about our body and our sexuality—have been pushed down into our unconscious by several millennia of patriarchal culture. In this blog I want to focus on what is perhaps the most significant and difficult part of this unconscious shame… sexual shame.

Sexual shame is one of the key components of what I call the Patriarchal Operating System, the acquisitive, consumptive and destructive psychological model that’s crippling humanity and the planet.

Of the three, sexual shame is the most powerful as it’s the aspect of humanity that’s been most despised, denied, repressed, suppressed and punished through the course of what we like to think of as civilization.

Sexual shame is the most powerful form of shame as it’s the aspect of humanity that’s been most despised, denied, repressed, suppressed and punished through the course of what we like to think of as civilization.

Shame is present when we have behaviour we can’t control, or things we avoid or can’t talk about. It affects our ability to truthfully present ourselves to others—due to fears of exposure, ridicule, humiliation and rejection.

Here’s a quick checklist of issues caused by sexual shame. You:

For a checklist covering all types of unconscious shame, please take the Are YOU Ashamed? self-test.

How the past shapes sex today

These symptoms do not exist in isolation. They are manifestations of an underlying anti-female, anti-sex paradigm that has dominated interpersonal relations since the dawn of patriarchy some 6,000 years ago.

In Sex in patriarchy – how the past shapes sex today I describe this paradigm in detail. It is masculine-centric, focused on the male sexual goals of penetration and ejaculation. Female preferences (foreplay, pleasure, emotional closeness) are at best ignored and at worst rejected.

To this day, most people are stuck in this unsatisfactory paradigm with no idea how they got there, where it came from, or how to get out of it. To understand sexual shame more clearly, it’s useful to know how it came into being.

In A brief history of shame I describe how long-term drought in the equatorial belt from the Sahara, through the Middle East to central Asia turned this once-fertile region into desert from around 4000 BC. This caused a shortage of food and water that turned peaceful, goddess-worshipping cultures into nomadic warriors.

The impact was twofold. Firstly, famine had major physiological effects. In Saharasia, geographer James DeMeo documents how it produces “profound disturbances in the capacity for uninhibited and mutually pleasurable sexual expression…”

Secondly, in this dog-eat-dog world only the most violent tribes survived. This placed maximum emphasis on the masculine qualities of physical strength and intelligence. Feminine qualities, however, were devalued and denigrated.

The outcome was a profound shift away from the balanced masculine-feminine psychological paradigm of the Neolithic era into a new age of patriarchy, where everything feminine became both painful and shameful.

This new paradigm polarised every aspect of being human into good or bad, acceptable or unacceptable:

The dividing line between the two was the line between thought and feeling, good and bad, God and sex. Michael Picucci, PhD, author of The Journey toward Complete Recovery, calls this the ‘sexual-spiritual split’.

In The Fall, psychology lecturer Steve Taylor writes: “The same psychological conditions which made human beings unable to live in peace with one another gave rise to a hysterically negative attitude to women and to sex.”

This hysteria is graphically recorded in the Bible: “The bride’s father and mother must… show the town leaders the proof that the woman was a virgin [using] the bed sheet from the woman’s wedding night… But if the man was right and there is no proof that his bride was a virgin… stone her to death.” (Deuteronomy 22:15-17, 20-21 CEV)

From then till now

The new psychological paradigm of sex-negative, violent patriarchy quickly spread out of its equatorial heartland and eventually conquered the world. Everywhere patriarchy spread, the results were the same: the adoption of anti-female and anti-sex laws and social practices.

Women disappeared behind veils and walls where men could control their sexuality. Violent suppression of socially unacceptable (shameful) sexuality became normalised. Over centuries, the need to suppress sex diminished as these prohibitions were internalised as repression, guilt and sexual shame.

Tacitus (c. 56-120 AD) wrote of the Germanic tribes: “Adultery… is rare in the extreme, and punishment in summary and left to the husband. He shaves off his wife’s hair, strips her in the presence of kinsmen, thrusts her from his house and flogs her through the whole village.” (Timothy Taylor, The Prehistory of Sex)

Sexual taboos and punishment arrived in Britain with Christian missionaries. Their sex-negative worldview migrated to America on the Mayflower. Michael Picucci remembers a nun in a catechism class telling him—at eight years of age—that, “To touch your private parts, or someone else’s, is a mortal sin.”

In Sex in History, G.R. Taylor writes: “Whenever society attempts to restrict expression of the sexual drive more severely than the human condition can stand, one or more of three things must occur. Either [people] will defy the taboos, or they will turn to perverted forms of sex, or they will develop psychoneurotic symptoms, such as psychologically-caused illness, delusions, hallucinations and hysterical manifestations of various kinds.”

The journey from the genitals to the heart

That’s pretty much the state of play in the early 21st century.

The journey out of sexual shame starts, quite simply, by releasing shame. My Releasing Unconscious Shame toolkit provides a framework for doing this. 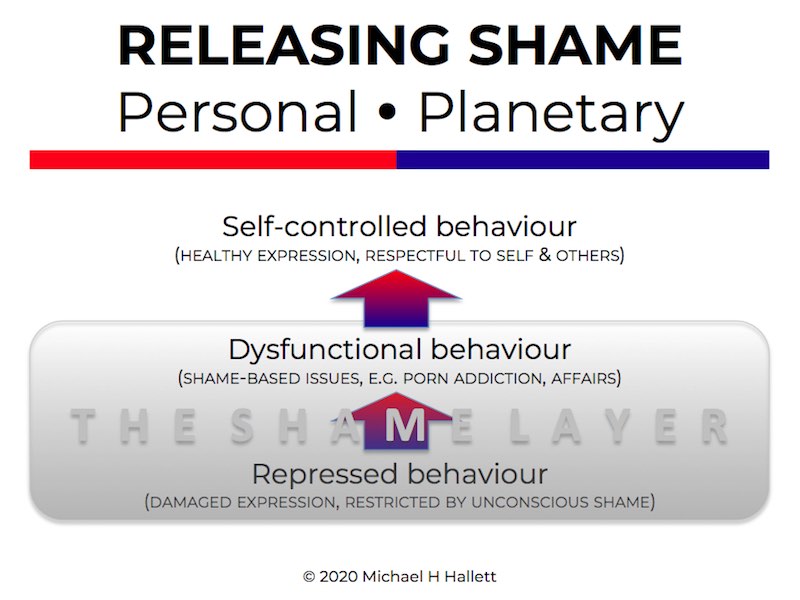 Releasing shame takes us from repressed behaviour to conform to social expectations to self-controlled behaviour that satisfies our individual needs yet is also respectful to others.

Ultimately, the objective is to release the patriarchal sexual paradigm and replace it with a pro-sex, female-centric behavioural model. But this is not straightforward. First we have to release sexually repressive programing from our unconscious that’s thousands of years old.

If you’re ready to begin that journey, get in touch.