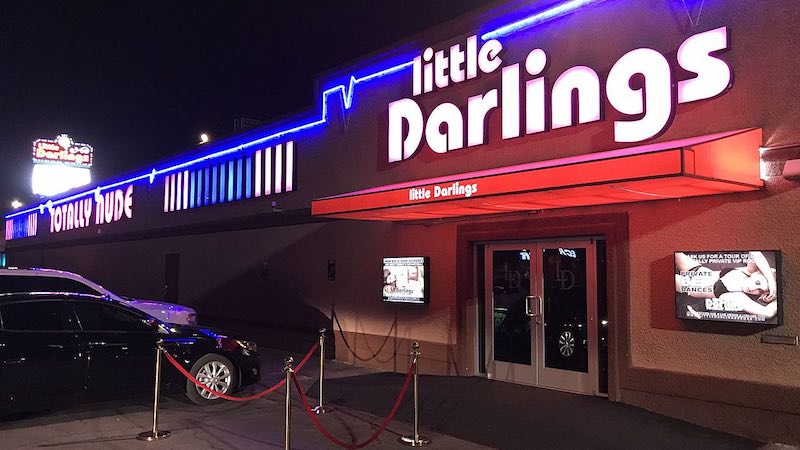 In A brief history of shame, I wrote how patriarchy arose some 6,000 years ago, giving rise to male dominant, anti-female, anti-sexual societies. Here I’m going to examine the way that the unconscious psychosexual programming of these societies continues to shape modern behaviour around sex.

The control and shaming of sexual behaviour is a key component of what I call the Patriarchal Operating System, the acquisitive, consumptive and destructive psychological model that’s crippling humanity and the planet.

At its simplest, sex in patriarchy can be described as the ‘three M’s’: married, monogamous, missionary (position).

At its simplest, sex in patriarchy can be described as the ‘three M’s’: married, monogamous, missionary (position).

The three M’s describe the conditions under which most sex in patriarchal societies occurs. One can add further sub-clauses, such as at night, in a bedroom, and behind closed doors and curtains.

“What’s wrong with that?” you may ask. Nothing’s wrong with it. But that’s a lot of hoops to jump through before two people can have sex in a way that society accepts as socially legitimate. And that means a lot less sex, which is the goal of patriarchy. For procreation only, thank you.

That’s because sex is regarded as fundamentally shameful. All those sub-clauses reinforce the notion of sex as something that must be hidden because of its inherently corrupt nature.

That brings us to the first of the three M’s: married. In biblical and pre-biblical times women weren’t allowed to be single. They had to be betrothed to a man who would support them in exchange for work, sex and children. There were practical reasons for this: in those violent times, every woman had a duty to bear children to increase the tribe. Moral reasons too: sexually uncontrolled women were undesirable as they threatened the stability of the tribal unit.

From these simple, ancient imperatives came the belief that only sex within marriage was morally acceptable, a belief that has held almost total sway for the last five millennia or so. The marriage ceremony itself was, in part, a sign that the patriarchy granted a particular couple the right to have sex. It is only in the last half-century that the moral prohibition on sex outside marriage has waned.

While the patriarchal driver for marriage is clear, that for monogamy is less so. Cultural studies of monogamy reveal it was adopted to control inheritances. In The Invasion of Compulsory Sex-Morality, Wilhelm Reich demonstrates how the Aboriginal clan system uses marriage to recycle wealth to the ruling males.

The issue with monogamy and its alternatives—polygamy and polyandry (multiple wives or husbands)—was originally about the number of marriage partners. It wasn’t about only having a single sex partner. In biblical times, all successful males, polygamous or not, had female slaves at their disposal. Their wives, however, were chattels subject to death for sleeping with anyone other than their husband. In Sex in History, G. Rattray Taylor writes that in Rome, Greece and the biblical Middle East, “adultery was a property offence.”

But as monogamy became entrenched in Western society, religious obsession with sexual iniquity imposed a moral prohibition on sex with anyone other than a man or woman’s lawfully wedded spouse. Here again we see the dread hand of sexual shame, the notion of sex as sinful (corrupting). Only a socially sanctioned, lifelong marriage blessed by patriarchal authority makes sex acceptable.

Into the 21st century, that moral prohibition remains in force and adultery retains a significant social stigma.

The problem with the moral compulsion for monogamy is the shame-based emotional fallout that occurs when a marriage fails. The worst affected victims are often the children of the warring couple, but in the confetti-clouded delirium of their wedding day few spouses question the potential emotional minefield underlying their relationship. Instead, they rush to the wedding bed where their first sexual union usually takes place in the…

And that gives us another clue about the propensity for the missionary position in patriarchal societies. Patriarchy was originally about the survival of the most violent. The lure of sexual access to the enemy’s women created an incentive for male violence. The missionary position is the rape position. It’s the position that gives the (usually) physically weaker woman the least wriggle room. Carting off women as sexual trophies from wars has, thankfully, largely ceased but the sex position associated with this behaviour is often our default setting.

The three M’s are not the only extent to which unconscious patriarchal beliefs drive our sexual behaviour—in fact it is only the beginning. Our whole attitude towards sexuality has been skewed to a masculine-dominant perspective where the hidden forces underpinning patriarchy exclude all other factors.

Thus when a male with patriarchal conditioning has sexual feelings, they unconsciously and unerringly veer towards penetration and ejaculation. This is true whether we’re dealing with porn—where the shot of a man ejaculating onto a woman’s body is called the ‘money shot’—or with actual sex.

There is no particular pleasure in the experience because of the fundamentally shameful nature of sex in patriarchy. Thus sex becomes a headlong rush for the end-point of ejaculation, with (in the case of real sex) penetration as the only significant marker along the way—the marker of whether sex actually occurred, whether the man can add another sexual notch to his belt.

The invisible drive to penetrate and ejaculate explains a lot of male sexual behaviour. Impatience with the preliminaries of sex, including talking, holding hands, cuddling, stroking, kissing and foreplay. Instead the male “stampedes the vagina,” as I once heard it described, rushing for his unrecognised goal.

Under this stampede, most of what matters to the woman gets lost. To him, the transaction has little or no emotional value. To her, this is vitally important.

Under this stampede, most of what matters to the woman gets lost. To him, the transaction has little or no emotional value. To her, this is vitally important. But even her physical desires are subsumed. Women take longer to become aroused and place much more emphasis on both foreplay and the indirect aspects of sex such as eye contact, playfulness and emotional connection.

Even the man does himself no favours physically—as André van Lysebeth writes in Tantra: the Cult of the Feminine, men often have sex so quickly that they never have time to achieve their fullest possible erection. (See Does sexual shame affect penis size?)

Thus the woman finds penetration thrust upon her—no other verb will do—before she is emotionally or physically ready. Meanwhile, the male is on the brink of premature ejaculation. Male sexual stamina, often poor in patriarchies, sets the duration of the sex act. He is over and out before she has barely gotten started.

Even then, the humiliation and indignity of these stunted couplings does not end. Women highly value post-coital cuddling. Some men, however, find it awkward as their sense of shame impels them to flight immediately after ejaculation.

It’s not just men whose natural capacity for healthy sexuality has been destroyed by patriarchy.

Patriarchal ideals have pressured women into accepting a secondary, disempowered sexual role. This is exemplified by the phrase ‘lie back and think of England’. (As a man I don’t have internal experience of this, though I’ve seen it in practice. It’s what I perceive based on my understanding of the mechanics of shame.)

It’s interesting to note just how much patriarchal programming is inherent even in these two short phrases. ‘Lie back’ implies the missionary position. ‘Close your eyes’ implies the sense of sex being so shameful that to watch oneself engaging in it only adds to its depravity.

Patriarchy sharply delineates women into ‘good’ and ‘bad’ based on their control over their sexuality. Bad women sell sex or—worse yet—enjoy it. Good women are mothers, not lovers. This Madonna/whore division is symptomatic of a deeper separation, the mother wound.

That means good women (according to the patriarchal definition) do not enjoy sex. They do not initiate it. They do not have desires. Instead, they have phobias. They do not touch themselves or explore sex. They have no permission for anything other than vanilla sex in the missionary position. Social taboos only permit them to lie back, wait for it to be over and hopefully earn an emotionally rewarding hug at the end.

“Women react to orgasm anxiety in various ways. Most of them hold their bodies still, always dimly aware of the sexual activity… they always hold their breath.”

It’s left to men to do the dirty work of initiating sex, penetrating, setting the rhythm of the sex act through their pelvic thrusting, and generally getting it all over and done with as soon as possible.

These descriptions are clearly overstated, yet the watered-down remains of patriarchal sexual programming continue to haunt us.

By comparison, Tantric sexuality completely reverses the dominant-submissive patriarchal model. In Tantric sex, the male is in service to the female. It’s his duty to provide his body for her pleasure, not the other way round. For men, it’s important to realise that service does not imply servility.

In contrast to the patriarchal rush for male ejaculation to end the filthy business of sex, in Tantra the male controls his ejaculation and services his partner until she has achieved orgasm. His pleasure comes not from uncontrolled ejaculation (which Tantra regards with disdain) but from honouring his partner’s desires. In his role in service to the Divine Feminine, it can often be the man who is underneath his partner. This gives her the space and freedom to lead their lovemaking.

Getting from sex in patriarchy to the female-friendly Tantric paradigm is not a simple step. It is challenging work that both genders need to engage with. I have had the privilege of attending workshops where women and men heal their patriarchal wounds. It is painful and courageous work.

Male patriarchal programming is truly horrific and men have much work to do to repeal it. Lady Hillingdon might change her mind if more men lay back and thought of India, the home of Tantra, rather than England.

The patriarchal urge for men to have many women gave rise to social structures catering to this demand. These structures originally included multiple wives, slaves, prostitutes and the ‘levitate marriage’.

As the 21st century unfolds, advances in women’s rights have eliminated many of the worst excesses of the patriarchal sexual paradigm. What has not changed is the underlying male sexual urge. Not only is prostitution as prevalent as ever. Pornography and men’s clubs have also become ways that men seek outlets for their frustrated patriarchal urges.

Men who successfully repress any unmet urges for sex occupy the bottom rung of this hierarchy.

The next highest rung on this ladder is men’s clubs. While often regarded as selling sex—and some clubs do provide actual prostitution—for the most part they sell titillation. This goes up to, but doesn’t cross, a specified boundary.

That boundary may be a topless waitress, a striptease act or a lap dance. It’s in place to give men the impression of sexual liberation whilst technically remaining within the limits of monogamous relationships, as the patriarchal paradigm demands.

At the top of the ladder is prostitution. I don’t want to get into a discussion of its acceptability (personally I support the New Zealand model that recognises women’s rights to make their own choices). With prostitution, men cross the line and violate patriarchal taboos on sex outside of monogamous marriage.

We tend to see the problem as lying with individuals when in fact it is a collective issue.

As a society, we are un-repressing. For women, this has meant a very welcome growth in sexual rights. For men it entails the painful realisation. We must release the unconscious, masculine-dominant sexual behaviour of the last few millennia. Only then will we come into a state of harmonious sexual relations, with a corresponding change in sexual expression.