Michael H Hallett > Blog > Shame > Why do we hug with our bums sticking out? 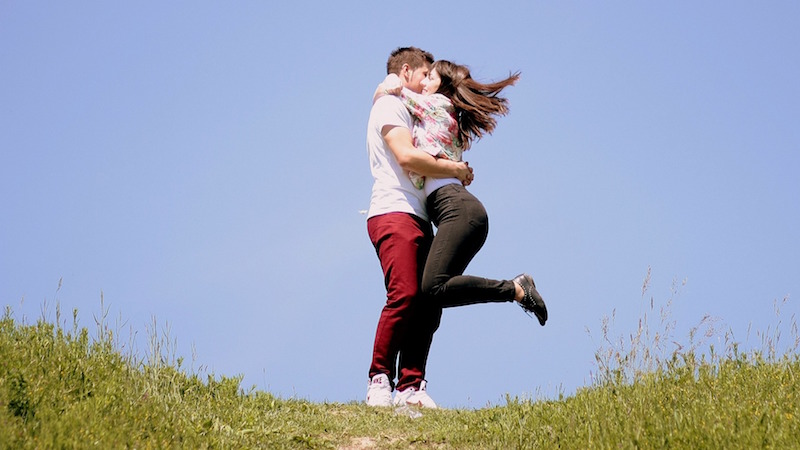 Have you noticed how different people hug? Some people hug standing straight, with the whole length of their bodies touching. Some, however, lean in and clasp each other around the shoulder. This posture naturally causes their backsides to stick out in quite a pronounced manner, creating a space between the huggers’ genital areas. Once you start noticing it, you won’t be able to stop. Then you’ll find yourself asking the question: why do we hug with our bums sticking out?

Shame, of course. I know that I bang on about it, but shame—particularly sexual shame—is so endemic that it has been normalised into invisibility. It happens right in front of our noses, yet we don’t see it. What is sexual shame? It’s an unconscious psychological mechanism that causes us to repress feelings and actions related to our sexuality. That can be actual sexual expression, or simply what we do with the sexual parts of our body. Bums-sticking-out hugging is an example of the latter.

I have written elsewhere how, in patriarchal societies, all displays of sexuality have traditionally been taboo. That taboo is lessening but still deeply affects our unconscious behaviour. We fear that allowing our genital areas to touch when hugging will be interpreted as an invitation to sex. As a result, we over-compensate by withdrawing at the waist when we hug. While it may sound implausible, the fear of genital contact has been confirmed academically.

In 2015 the National Academy of Sciences published a ‘touchability [sic] index’ ranking how comfortable people from five European countries were with physical touch. The study, conducted by the University of Oxford in Britain and Finland’s Aalto University, studied subjects from the UK, Finland, France, Italy and Russia. The researchers created a ‘heat index’ showing female and male comfort levels with being touched on various parts of the body. Unsurprisingly, it showed two things: 1) the level of comfort rises in direct correlation with emotional connection; and 2) nobody likes being touched on the genitals (other than by their partners).

More interestingly, the touchability index broke these figures down by country. Finland emerged as the nation with the greatest ease with physical touch. France, Russia and Italy were closely clumped together while the UK placed a distant last. I don’t know enough about Finland to explain their figures—other than that their cold climate might encourage physical intimacy.

However, Britain’s low tolerance for touch—with a correspondingly high level of bums-out hugging—might be explicable. In Sex in History, G. Rattray Taylor assessed the impact of the Reformation and Counter-Reformation on European sexuality. It appears that sexual energy was sublimated into Calvin’s work ethic. Taylor observed that “it is the countries which embraced Protestantism which subsequently made the greatest social, economic and political advances.” Those advances came at a cost to sexual freedom—and to our unconscious comfort level with being touched.

I invite you to observe how you hug. If you stick your bum out, you’re responding to a feeling shame so deep in your psyche you aren’t even aware of it. Closely related to the bum-protruding hug is the ‘air kiss’. This is where, usually during a faux hug, one person goes to kiss the other on the cheek but at the last moment they avert their mouth and kiss the air. Once again, it’s avoiding behaviour that might be misinterpreted as a sexual come-on.

I challenge you—next you give someone you care about a hug, make it a hug they won’t forget. Stand up straight. Let them feel the presence of your body, of your heart. Real hugs carry the risk of cracking your ribs. Real hugs are about joie de vivre, not lingering fears of stirring up nameless sexual demons and of patriarchal bogeymen in the bed.

Image by Adina Voicu on Pixabay