In What is the mother wound? I describe the way that the wound at the core of humanity causes six key separations (or fragmentations). Of these, however, there is only one that ensures the mother wound passes from one generation to the next: lack of emotional nurturing.

This lack of nurturing is hidden at the heart of what I call the Patriarchal Operating System, the acquisitive, consumptive and destructive psychological model that’s crippling humanity and the planet.

In my opinion, the dog-eat-dog economic system and disastrous environmental state of today’s world strongly suggests that few of us received much genuine emotional sustenance. If we had, we’d look after each other and the planet much more.

What does a lack of emotional nurturing look like?

My own mother was a case in point. Emotionally crippled when her own mother was ejected from the family for having an affair in 1932, she was a physically and emotionally distant figure my whole life.

So much for a lack of nurturing… What does genuine emotional nurturing look like?

This quote from Abraham Lincoln highlights the importance of the mother-child bond. Note the phrase “ever hope to be”—nurturing by our mothers provides a framework for us to nurture our own lives.

We nurture friendships, relationships and professional networks. We nurture ourselves physically and mentally. What else? We nurture our creativity and our sexuality. We nurture our own creations—from children to businesses to films, music and other endeavours.

And, of course, we take responsibility for nurturing the planet.

Genuine emotional nurturing creates the invisible framework for us to healthily nurture every aspect of our lives, individually and collectively.

With a lack of emotional nurturing, we abandon all our creations just as we were abandoned, physically and/or emotionally, in childhood.

With a lack of emotional nurturing, we abandon all our creations just as we were abandoned, physically and/or emotionally, in childhood.

And, ultimately, we abandon the planet itself.

The reason a lack of emotional nurturing is so damaging is because it damages, delays or even prevents key developmental tasks. This is known as arrested development.

“Fundamental achievements that must be accomplished at each stage of life, arising at or near critical stages in the maturation of an individual; successful attainment leads to a healthy self-image and success with later tasks. Failure to achieve developmental tasks at one stage leads to unhappiness in the individual, disapproval of society, and difficulty in accomplishing later developmental tasks.”

An emotionally unresponsive mother impacts formation of the mother-child bond. This is known in psychology as the first circuit. It relates to our ability to connect, communicate and nurture. (See The mother wound – “The dreadful has already happened”)

In Debugging the Universe, Laura Knight-Jadczyk writes that, “People who have been traumatised during the imprinting phase of the first circuit tend to view other people in an abstract way.”

As I describe in A brief history of shame, this cycle has been going for around 6,000 years now. Most of us lack nurturing to some extent. Otherwise, as I said, we’d have a much more nurturing planet.

Can the cycle be broken? Can we recover from a lack of emotional nurturing?

The clue is in the arrested part of the term ‘arrested development’. When we fail to receive genuine emotional nurturing, our first circuit imprinting doesn’t activate. It stalls. It sits there, patiently waiting, hope against hope, that some day the conditions to trigger it will occur.

Restarting my first circuit process only came about after many years of releasing shame. I feel this is very important and paved the way to receive genuine nurturing.

I worked with a female colleague who also struggled with childhood issues. We fell into the habit of taking a few minutes each morning to have a coffee and discuss whatever was bubbling up.

This simple act of selfless nurturing restarted my mother-child development process. What I later understood was that while my mother was physically present, she was entirely absent emotionally.

What this meant in practice was that all the coping mechanisms I’d developed to compensate for my lack of nurturing (what’s known in psychoanalysis as the ‘false self’) surfaced for resolution and healing.

Restarting my stalled first circuit process was extraordinarily painful and undoubtedly the most impactful experience of my life. Yet it gradually created a template, a kind of ‘emotional container’ for a healthy life with genuine nurturing. I learned to behave, connect, communicate and nurture in ways I’d previously never known.

Without emotional nurturing, nothing works.

Photo by Kat J on Unsplash 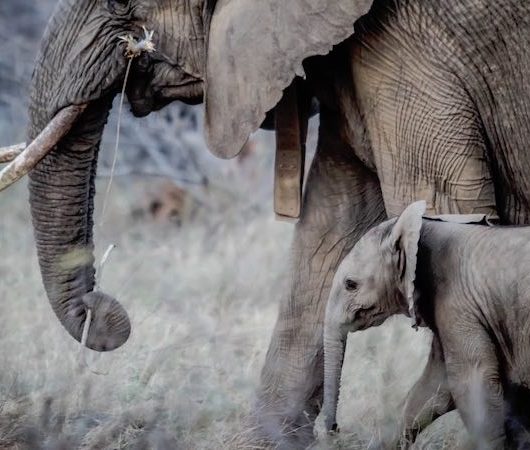