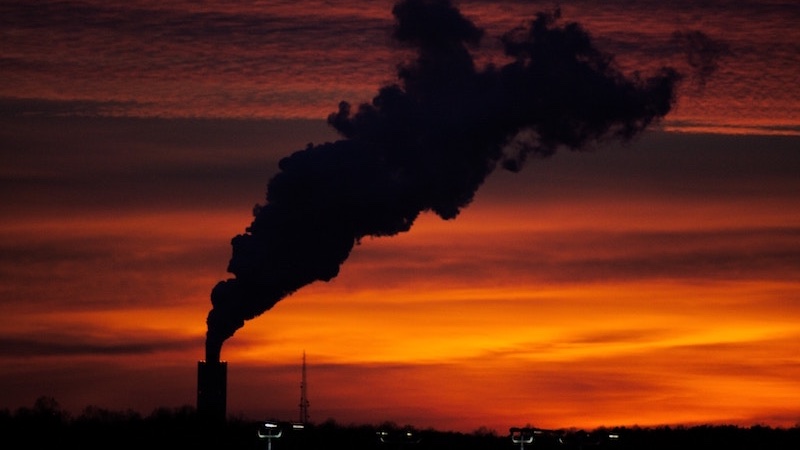 As I walked along a grass verge recently, a man approached, smoking a cigarette. He dropped the cigarette, crushed it with his heel and strode past exhaling smoke. He’d just polluted the environment. He had also polluted himself. What struck me was that he was completely oblivious of both.

It is written in the Vedas, the ancient Hindu scriptures: “The world is as it is.” On the surface this is a trite, even banal statement. Of course the world is as it is. At a deeper level, this short sentence is brutally telling. Our external world is always a perfect reflection of our internal world, our level of consciousness.

As this man demonstrated, our external (physical) pollution mirrors our internal (psychic) pollution. This perfect mirroring happens at every level of society, from individuals to communities to our whole precious globe.

This mirroring shows that pollution begins inside us as psychic pollution. We then pollute our environment as a reflection or externalisation of our internal pollution—which is to say, out internal pain.

Pollution begins inside us as psychic pollution. We then pollute our environment as a reflection or externalisation of our internal pollution.

What’s the source of this psychic pain that unconsciously makes humans pollute? What stressors, ancient or modern, impel us to unconsciously pollute the planet? The answer lies in the very fabric of society—in the patriarchal ‘civilization’ that has given rise to not only humanity’s greatest achievements but also our capacity to destroy the planet on an industrial scale.

Take a moment to think about the giant tree-felling machines that log the world’s forests to the brink of destruction. The ingenuity of the design is incredible. The manufacturing processes necessary to construct these metal monsters with the strength to tear down huge trees are extraordinary.

These machines are amazing examples of human ingenuity. However, they could only have been imagined, devised, designed, developed, manufactured and deployed by people who are psychically sick—because these machines have the capacity to destroy the planet and humanity, and they are used purely on the basis that they generate profit—a number in a digital bank account.

No sane society could allow such a sequence of events to take place. Then again, we don’t live in a sane society. We live in the normalised insanity of patriarchy.

In Patriarchy at the root of environmental destruction, I wrote:

At the core of all these societies lay the unspoken belief that competition justified any and all means of survival, up to and including destruction of the environment as a short-term measure.

The problem with this belief is that we live in a world of perpetual competition. With a population of 7.7 billion, contention for resources has never been higher. According to patriarchy’s hidden logic, endless competition justifies endless short-termism—hence the otherwise senseless logging of the Amazon and the jungles of Indonesia, the near-annihilation of the whales and the buffalo, the failure to protect fishing stocks for future generations.

The very forces that gave rise to what we dreamily imagine to be civilization—the shift from egalitarian, Nature-worshipping societies to violent patriarchies that happened around 4000-2000 BC—place us in ceaseless competition with each other, an endless state of fearing shortage and craving profit.

Thus we not only destroy the planet through unsustainable use of resources but we also need to anaesthetize ourselves to ease the constant stress. Like the man obliviously smoking a cigarette and discarding the butt, our environment—individual and global—perfectly reflects this. The world is as it is.

Healing the environment, then, becomes a matter of healing ourselves.