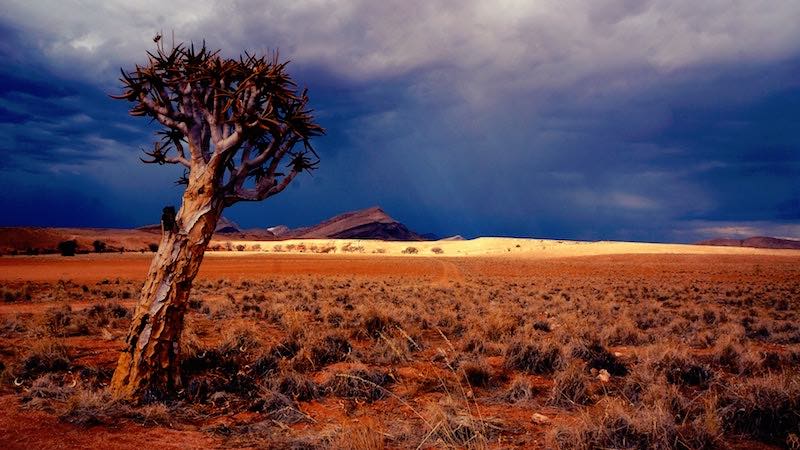 In a lecture shortly after the end of World War II, German philosopher Martin Heidegger asserted that, “The dreadful has already happened”. I would like to borrow this phrase, as it’s a very succinct way of describing the significance of the mother wound to humanity, both past and present.

The mother wound is the core component of what I call the Patriarchal Operating System, the acquisitive, consumptive and destructive psychological model that’s crippling humanity and the planet.

What is ‘the dreadful’?

In Saharasia, geographer James DeMeo describes how prolonged drought and famine caused desertification of the equatorial belt from North Africa through the Middle East into Central Asia. This began around 6,000 years ago and took several millennia to unfold.

DeMeo writes that people affected by famine “exhibit a general intolerance and anxious aggressivity [sic] towards the basic biological expressions of… touching and body contact.”

He adds that, “prolonged famine and starvation produce profound disturbances in the capacity for uninhibited and mutually pleasurable sexual expression, in both maternal-infant and male-female [i.e. adult] aspects.”

It’s here that the dreadful happened: in famine’s impact on the mother-child bond.

Denial of the breast

DeMeo writes that tabulated anthropological data on the denial of the breast is unavailable. However, French physician Michel Odent has gathered enough data on the withholding of colostrum to suggest it was a standard patriarchal practice.

There was a practical reason to deny infants the breast. In The Prehistory of Sex, Timothy Taylor writes that, “Warrior societies… often withhold colostrum from a new-born infant.”

Deprived of their highly nourishing first milk, infants become angry. Taylor explains that the infant “lacks the cognitive abilities to understand anger, so the event becomes an unconscious primal focus for aggression in later life.” This made for better warriors at a time when survival depended on fighting ability.

Yet this “primal focus” did not vanish as humanity slowly evolved from physical to economic conflict. It simply sank deeper into our collective unconscious, from where it manifests as the dreadful in each of us alive today.

In The History of Childhood, psychoanalytic historian Lloyd DeMause notes that the entire adult world passes through the narrow filter of childhood. We can only be functional adults to the extent we were nurtured as children. Breastfeeding is now general practice, but the damage from its denial has not yet been undone.

DeMause writes: “The history of childhood is a nightmare from which we have only recently begun to awaken.”

The origin of this nightmare is denial of the breast. But why does an obsolete child-rearing practice affect us today?

It’s important to understand that denial of the breast has both physical and—more importantly—non-physical implications. Although there’s an emotional bond that’s impacted, there’s also a bioelectric process at work.

In The Function of the Orgasm, psychoanalyst and biologist Wilhelm Reich writes that our cells constantly pulse—this is literally the ‘pulse of life’. Live cells pulse; dead cells don’t. The source of this pulsing isn’t fully understood, but it’s a form of bioelectric energy or current, which—crucially—can be measured.

Reich writes that this pulsing occurs via a four-step dance between the physical cell and the bioelectric current that animates it (yes, this is chicken-or-egg):

From this it follows that the cell’s capacity to generate life energy is determined by its ability to expand and contract, like a diaphragm. The more supple the cell, the greater its throughput of life energy—and the more alive we feel.

The cell’s suppleness is determined by the presence or absence of anxiety. When anxiety occurs, the physical cell becomes less supple, reducing the amount of life energy it can generate through tension and release, causing emotional pain.

The spectrum of tension and release (or contraction and expansion) is thus the spectrum of pleasure and pain. We experience naturally supple cell pulsing as pleasure. Wilhelm Reich writes that, “Pleasure and anxiety are the two primal excitations or primal emotions of living substance.”

The droughts and famines that turned the Sahara, Middle East and Arabia from savannahs to deserts lasted for generations. That meant generations of mothers suffering permanent anxiety as the deserts expanded, food and water sources shrank, and extreme violence was the only guarantor of survival.

Through cell tension, this anxiety reduced mothers’ ability to transmit life-giving energy to their children. The reduction became embedded in the human psyche through epigenetic inheritance, i.e. generational trauma.

This is the moment that humanity broke.

It’s recorded in the Bible as ‘The Fall’—a traumatic collective memory of when God punished humanity by expelling them from the bountiful garden of the pre-drought Middle East into the barren desert of today’s satellite images.

Evidence of desertification, famine, and humanity’s psychological ‘fall’ can be found in geographical and historical records, in anthropology and in rock art.

When the dreadful happened

Traces of the region’s pre-desert geography remain. An image of Saf-Saf Oasis in south-central Egypt, taken by the space shuttle Columbia in 1995 using a camera called the Landsat Thematic Mapper, shows the present-day oasis as a small green smear against the mauve backdrop of the desert.

These two images stand as a visual metaphor for the difference between cells able to pulse freely and pleasurably, and cells that pulse tightly and painfully.

This qualitative difference was when the dreadful happened.

As mothers’ ability to transmit life energy decreased, it dropped below a critical threshold, from which humanity hasn’t recovered—the threshold of pleasure.

In experiments in the 1930s and 40s, Wilhelm Reich found that skin conducts electricity. He recorded the measurements on an oscillograph, a device that translates readings from an electrode into data points on a paper roll.

Reich found that electrical conductivity was fairly constant all over the body.

Fairly, but not entirely: “There are certain parts of the surface where the reaction is fundamentally different… These are the erogenous zones… Oscillations of up to 50mv and more can be observed in the sexual zones.”

These oscillations always occurred during sexual arousal. Yet, crucially, sexual arousal did not always produce oscillations. “The potential at an erogenous zone does not increase unless a streaming sensation of pleasure is experienced at that zone.” (Wilhelm Reich, his italics)

Reich’s research shows that bioelectric energy, life energy and sexual energy are one and the same. What we term sexual pleasure is just an increase in bioelectric current above a certain, measurable threshold.

This has critical implications for mother-child nurturing.

Or lack of it.

Centuries of drought, desertification and famine destroyed humanity’s capacity for pleasure. Instead, patriarchies arose that eventually imposed anti-feminine, anti-child and anti-sex cultural practices across the globe.

These practices were the outer manifestation of an inner phenomenon: the level of life energy transmitted to infants dropped to a point where physical life was sustainable—but pleasure wasn’t.

Lloyd DeMause writes: “A hundred generations of mothers tied up their infants in swaddling bands and impassively watched them scream in protest because they lacked the psychic mechanism necessary to empathize with them.”

That’s because pleasure is the mechanism by which genuine emotional nurturing is transmitted from mother to child. Reich: “Suffering and enduring suffering are results of the loss of the organic capacity for pleasure.”

It’s the absence of emotional nurturing that is truly dreadful.

In The Politics of Experience, psychiatrist R.D. Laing writes that, “The first intimations of nonbeing may have been the breast or mother as absent.” This first intimation of nonbeing is the dreadful—the moment when a child fails to receive enough bioelectric life energy for any genuine emotional nurturing.

This is why a shift to breastfeeding has lessened but not eliminated the dreadful. Due to millennia of sexual shame, we haven’t restored an acceptance of pleasure and therefore suffer from a personal and planetary deficit of nurturing.

Human beings have eight circuits. The first is concerned with mother-child bonding. The less life energy an infant receives during its early infancy, the weaker the mother-child bond. This bond sets the pattern for every other relationship in the child’s life.

In Debugging the Universe, Laura Knight-Jadczyk writes that, “People who have been traumatised during the imprinting phase of the first circuit tend to view other people in an abstract way.”

In addition to weak or alienated relationships, first circuit damage creates adults with no patterning for healthy sexual expression. They feel abandoned and are emotionally unavailable. They have little or no ability to nurture themselves or anything else in their life, including their family, artistic or business endeavours, or personal and professional networks.

The dreadful has already happened

Deprived of healthy nurturing, we create a ‘false self’ comprised of emotional defences and damaging coping mechanisms to stem pain and meet our needs. Result: all the physical, emotional, sexual, environmental and financial devastation that surrounds us.

A society with healthy nurturing could never create such an unhealthy world.

We’re suffering from an absence of nurturing. Because it’s an absence, not a presence, we can’t see it. This is the mother wound.

Yet all is not lost.

Knight-Jadczyk: “Ducks (and humans) are programmed at a certain time in their lives to accept a mother figure. If the proper mother figure is not there at that moment of imprinting, whoever or whatever is there will be the mother.”

But if no mother is present—or she’s physically but not emotionally present—first circuit imprinting doesn’t take place. Instead, arrested development occurs.

The imprint program patiently waits for the nurturing that signals the presence of a mother figure. For most people, that never happens. Yet it happened to me.

At 57 years of age, someone entered my life who unknowingly provided a few drops of genuine emotional nurturing. My first circuit imprinting kicked in, just as Laura Knight-Jadczyk describes. It broke down all the coping mechanisms I’d developed and, over time, replaced them with healthy bonds and behaviours.

Ultimately, that led to the biological level and the visceral experience of releasing the trauma from my cells.

Only as a result of that experience am I able to describe the process here.

The dreadful has already happened. Only by sweeping away all the sand that’s buried the traces of the dreadful can we understand the fall of humanity and find our way back to wholeness.

As St Augustine said, “Give me other mothers and I will give you another world.”

Photo by Johnny Chen on Unsplash