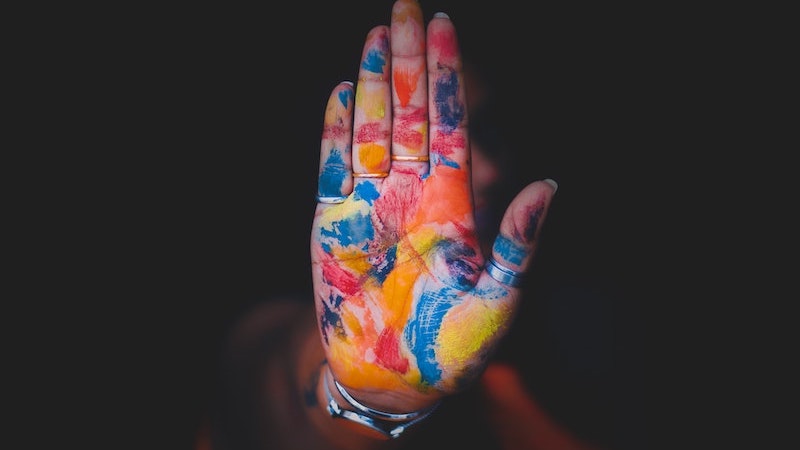 Philonise Floyd, during the trial for the murder of his brother George, stated that “the world is traumatized”. I’d like to back up that assertion and expand the perception of trauma by recognising India’s caste system as a multi-layered, genetically inherited trauma.

At the 2021 Intergenerational Trauma Conference, Peter McBride spoke about community trauma in Northern Ireland. McBride, Director of the Cohen Center for Holocaust and Genocide Studies, noted that he was “describing something that is almost universal.”

I’m not sure what ‘almost’ is doing in that sentence. For my money, Philonise Floyd is right: the world is quite literally traumatized. In India’s caste system I see another form of community trauma.

India’s caste system is part of an interlinked, overlapping network of global trauma affecting all races, communities, and individuals.

What is a caste system?

India’s caste system is the best known of a widespread social phenomenon that’s existed for thousands of years, mainly (but not exclusively) in Africa and Asia. These systems are documented in the ancient scriptures of several cultures, including India and Sri Lanka.

Wikipedia describes caste systems as “a form of social stratification characterized by endogamy*, hereditary transmission of a style of life which often includes an occupation, ritual status in a hierarchy, and customary social interaction and exclusion based on cultural notions of purity and pollution.” (* Endogamy is marriage within a specific social group.)

At the time of its independence in 1950, the Indian constitution recognised 1,108 castes.

Wikipedia goes on to document instances of caste systems around the world. What it fails to address is the emotional mechanics that created—and continue to maintain—these systems.

The fact that it was the Jati—birth groups—that stratified society is a big clue. The other clues are the keywords in the Wikipedia definition: hereditary transmission, ritual status, hierarchy, exclusion, purity and pollution.

These are all hallmarks of trauma-based societies where genuine emotional nurturing has failed and been replaced by external indicators of human value (or the lack of it).

All of these are characteristics of what I call the Patriarchal Operating System—the current global psychological paradigm that has evolved over the past six thousand years as a means of surviving in patriarchal societies based on conquest, hierarchy, judgment, punishment, and perceived purity.

The keywords ‘purity and pollution’ indicate that we’re dealing with shame and, by extension, sexuality. The presence of sexual shame can be deduced from the fact that the Wikipedia article, written with all the freedoms of the internet age, cannot bring itself to describe the highly invasive sexual aspects of the caste system, other than an oblique reference to sex and sexual orientation as general forms of discrimination.

We cannot see the trauma, the unconscious shame—and, particularly, the sexual shame—that’s hiding in plain sight. Neither can those born into these systems.

Discrimination reinforces and perpetuates trauma. Through epigenetic inheritance, children acquire a disempowered psychological paradigm at birth. The word ‘caste’ itself comes from the Portuguese casta, meaning basket—quite literally, the psychological wicker basket we’re all born into.

The mechanism for this is arrested development of the mother-child circuit, which determines how well we connect, communicate, nurture and exercise emotional responsibility.

The Columbia Encyclopaedia notes that “social status is determined by the caste of one’s birth and may only rarely be transcended.” Events in the child’s life—whether from disempowered parenting or from external discrimination—mirror their internal, pre-programmed expectations.

Discrimination is never random. It occurs according to what I call the three laws of patriarchy:

Caste systems are social structures where the extent of ‘otherness’ (i.e., the extent to which any community can be victimised) has been psychologically codified over many generations. Trauma perpetuates through military, political, economic, legal, and educational systems that favour the favoured—each according to its rank in the system.

The victimised allow themselves to be discriminated against because arrested development has a paralysing effect that leaves the victim unable to prevent their diminished status.

Once trauma is embedded, a community requires some form of creation myth to rationalise their status—whether they dine like kings or beg for left-overs. Peter McBride stated that “traumatised people change the narrative they have about their own identity.”

Communities develop a trove of stories, poems, songs, and art—religious or otherwise—that creates a veneer over the trauma. A huge effort is then made to “to keep these memories alive”. Here the community is simultaneously broadcasting its pain as well as clinging to its creation myth.

McBride: “Communities can eventually ‘forget’ or minimise the source of their trauma, while still exhibiting their embedded trauma identity.” India’s caste system is part of an interlinked, overlapping network of global traumaaffecting all races, communities, and individuals.

It’s ultimately impossible to delineate racial trauma, community trauma and personal trauma. They interpenetrate our lives like ripples on a pond. There is no specific place where one ripple ends and another begins. Yet by understanding the major components we can ultimately deconstruct—and even heal—inherited trauma.