In What is the mother wound? I’ve written about the single, multi-faceted wound at the core of all humanity. It’s the cause of our bloodthirsty history—what we like to call ‘civilization’—and our current world in crisis. It’s the hidden objective of all personal development and emotional healing work.

Trying to ‘fill the hole’

Knowingly or not, we’re all trying to ‘fill the hole’ of the mother wound.

The mother wound manifests as an endless longing for something unknown, and seemingly unknowable. Most people aren’t sensitive enough to feel it. Even those who are sensitive and are working on emotional healing can take years before they equate that nameless longing with a damaged mother-child bond:

Both the mother wound and the deep hole it leaves are quite hard to describe. It’s a bit like reverse vampirism. They overshadow our whole lives, yet that which casts the shadow can rarely be glimpsed.

Enter Jeffrey Epstein, deceased financier, and Ghislaine Maxwell, accused socialite. Both display all the hallmarks of desperately ‘trying to fill the hole’.

In Ghislaine Maxwell and the victim/victimizer dynamic, I wrote how Maxwell personified the hidden patriarchal dynamic of simultaneously being victimized, and victimizing anyone they can get away with.

There’s nothing in Epstein’s Wikipedia biography to suggest a source for his predatory behaviour. Yet the source must exist because the behaviour exists. It surfaced in his first job, teaching maths at Dalton School in Manhattan, where he reputedly behaved inappropriately towards underage students.

In 2008, Epstein pleaded guilty to procuring an underage girl for prostitution in return for a Non Prosecution Agreement. Yet the tide turned against him. Virginia Giuffre bravely went public with allegations against Epstein, Maxwell and other public figures. Giuffre testified that, “my whole life revolved around just pleasing these men and keeping Ghislaine and Jeffrey happy. Their whole entire lives revolved around sex.”

Both Epstein and Maxwell were caught in the ceaseless whorl of the mother wound, a futile attempt to fill the emotional hole inside. None of this is said to reduce Epstein’s culpability or responsibility. But until we fully understand the underlying dynamics we cannot create a healthier world.

For Jeffrey Epstein, it was beautiful underage girls. Once he became a wealthy financier, he was able to indulge his whim. His only problem was supply. For that he allegedly turned to Ghislaine Maxwell.

She, too, had her own hole to fill—the hole left by a father who both bullied and protected her. Like Robert Maxwell, Epstein was rich, powerful, manipulative; and, like Maxwell, he was disgraced before dying in unusual circumstances.

For Ghislaine Maxwell, the key to Epstein was helping him fill his hole. That meant girls. Her friend Laura Goldman said, “I think she thought that if she did one more grooming, found him one more girl, he would marry her. She honestly thought that at the end of the day she was going to be Mrs Jeffrey Epstein.”

The final photographs of Jeffrey Epstein, after his arrest in July 2019, show a beaten and haunted man. He died in jail a month later, reportedly by suicide. How many girls he abused may never be known.

If there’s one thing we can learn from Jeffrey Epstein it’s that no amount of compulsive behaviour can ever fill the hole. The only solution is the long journey of emptying the unconscious, stripping away every layer of damage until we can reach and heal the mother wound. 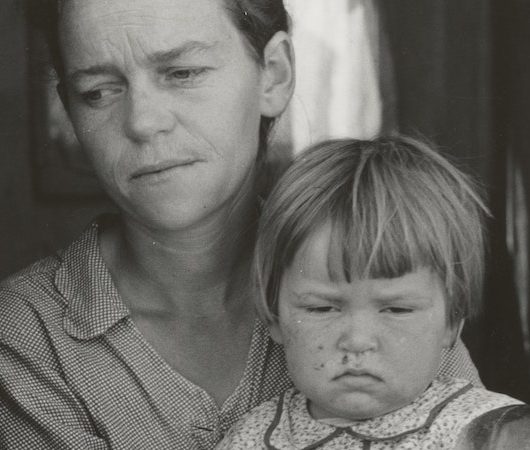