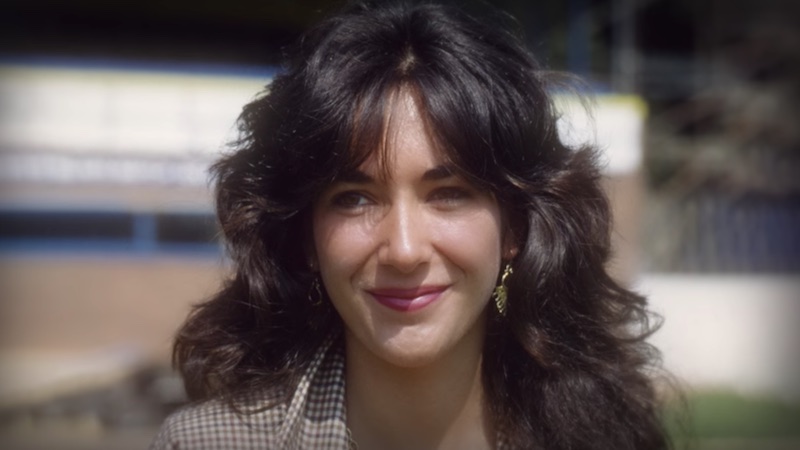 In the early hours of 2 July 2020, Ghislaine Maxwell was arrested at a secluded property in New Hampshire. The U.S. Federal Bureau of Investigations charged the British socialite with several counts relating to sexual abuse by the disgraced, deceased financier Jeffrey Epstein.

The charges relate to procuring and grooming young women, many of them aspiring models, some reportedly as young as 14. According to court documents, “Maxwell would try to normalise sexual abuse for a minor victim by… discussing sexual topics, undressing in front of the victim, being present when a minor victim was undressed, and/or being present for sex acts involving the minor victim and Epstein.”

While much has—and no doubt will be—written about Maxwell’s involvement, I’d like to focus on something that’s unlikely to receive much press coverage. The allegations against Ghislaine Maxwell illustrate what I call the ‘victim/victimizer dynamic’ (or vice-versa) with startling clarity.

Referencing the Rolling Stones’ ‘Sympathy for the Devil’, in “Pleased to meet you, don’t you know my name?” It’s the right to victimize, I wrote:

The rise of patriarchy created a new dynamic that became embedded in the human psyche: victimizer and victim. Ever since, we have bought into the basic notion that we can victimize those weaker than us while those who are more powerful than us can victimize us in any way they can get away with: physically, emotionally, sexually, financially.

Both men and women can be victimizers. As well as victimizing women, men victimized other men violently, economically and at times sexually. Ruling class women victimized their servants and slaves, male and female alike, sometimes more cruelly than their men did.

As society evolved over the last 6,000 years we gradually shed the worst of the victim/victimizer dynamic. Most people no longer consciously choose to victimize others. Yet some victimization remains, embedded as a deep unconscious bias.

Get away with it

According to the picture painted by her accusers, Ghislaine Maxwell perfectly illustrates the dynamic of a female victimizer who victimizes from the unconscious belief that, as a member of the royal, political and financial transatlantic establishment, she can get away with it.

According to the picture painted by her accusers, Ghislaine Maxwell perfectly illustrates the dynamic of a female victimizer who victimizes from the unconscious belief that she can get away with it.

The victim/victimizer dynamic is part of what I call the Patriarchal Operating System. Let’s break down the elements of this dynamic and see how they play out:

1. We can victimize those weaker than us

Maxwell is alleged to have preyed on vulnerable young women, often separated from parents or trustworthy guides. U.S. Acting Attorney Audrey Strauss said that, “She set the trap. She pretended to be a woman they could trust.”

2. We can be victimized by those more powerful than us

The Guardian reports that Robert Maxwell bullied all his children. He “thought nothing of humiliating them in public. The youngest, Ghislaine, it is said, was a ‘Daddy’s girl’ and had it easier.”

We tend to reject or replicate the dysfunctions of our childhood. It’s hard not to see Epstein as a replacement for the father who both bullied and protected Maxwell. Her friend Laura Goldman said that Maxwell was “A little afraid of [Epstein].” I imagine she felt the same way about her father.

In Maxwell’s relationships with her father and Epstein we see the unconscious dynamic at the heart of patriarchy: the acceptance of her own victimization and its complementary opposite, the right to victimize others.

3. As long as we can get away with it

The victim/victimizer dynamic can be seen in the world’s conflicts, in all cases of government corruption, corporate embezzlement, sex trafficking and emotional manipulation. It’s present in homophobia, racism and every other -ism under the sun. Somebody sensed they could benefit and get away with it.

Robert Maxwell felt he could bully his children. Epstein felt he could manipulate Ghislaine Maxwell as well as abuse underage girls. And Maxwell, according to the charges against her, felt she could get away with aiding Epstein in return for what she wanted.

Laura Goldman believed Maxwell was under Epstein’s control, though “that doesn’t mean that what she did was OK.” Goldman: “I think she thought that if she did one more grooming, found him one more girl, he would marry her. She honestly thought that at the end of the day she was going to be Mrs Jeffrey Epstein.”

The presence of the victim/victimizer dynamic does not diminish responsibility in any way. In fact, the opposite is true. To eradicate this insidious dynamic we must accept full responsibility for our damaging actions. This is a cornerstone on the path to becoming emotionally responsible.

Why did Maxwell want to become Mrs Jeffrey Epstein so badly? She didn’t need the money. She knew his sexual predilections. What was the attraction? That’s the subject of another post.