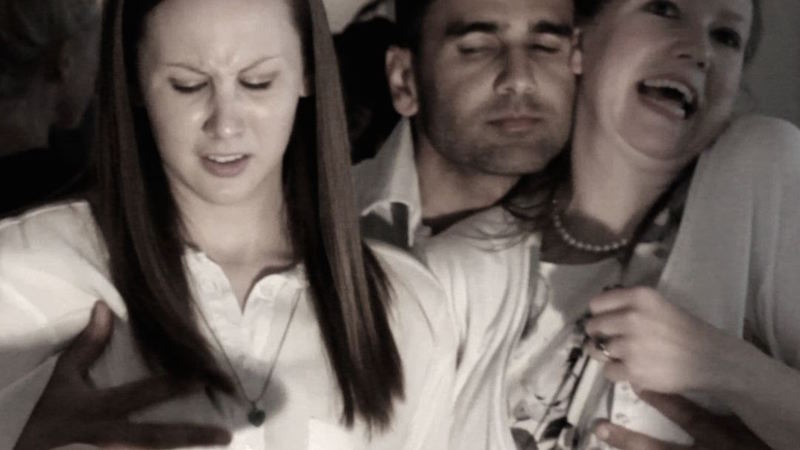 If there is one area where humanity’s fundamental shame is glaringly obvious, it’s sexual dysfunction. Take a look at the following statistics:

All of these statistics stem from a collision between our historical shame of sex and, as society edges towards greater freedom, an increasing desire for sexual expression. When the emotional pressure becomes too intense — i.e. the sexual impulse overcomes the repressing moral inhibition — the eruption of some form of sexual dysfunction must inevitably result.

When the emotional pressure becomes too intense — i.e. the sexual impulse overcomes the repressing moral inhibition — the eruption of some form of sexual dysfunction must inevitably result.

Here are a few case studies:

In a case that gripped the nation, in September 2012 30-year-old mathematics teacher Jeremy Forrest eloped with his 15-year-old student, Megan Stammers. Brought back from France to stand trial, Forrest was convicted of “sexual activity with a child” and imprisoned. The trial revealed Forrest as a ‘little boy lost’ who never achieved sexual maturity during his own disaffected adolescence. When Stammers turned her charm on Forrest, he was powerless to resist the lure of an all-consuming teenage sexual experience.

In May 2014 Elliot Rodger went on a murderous rampage at the University of Santa Barbara in California, killing six people and injuring fourteen others before taking his own life – all because he couldn’t get laid. Rodger’s harrowing autobiography, My Twisted World, posted online only days before his death, reveals both Rodger’s ceaseless hunger for sex and his shame of that hunger. Consequently, the endless yo-yoing between the two states destroyed his emotional stability and triggered the Isla Vista killing spree.

In a case that goes beyond the bizarre, 25-year-old Gayle Newland spent two years impersonating a man on Facebook to build a relationship with a woman she fancied. Then it came time to meet in person. Newland tricked her victim into wearing a blindfold while she used a prosthetic penis during sex. Newland told the court she was uncomfortable with being a lesbian, while her victim was “desperate to be loved.” The shame of Newland’s homosexual desires was so great they eventually emerged in a distorted and damaging way.

Read more: The curious case of the blindfold and the strap-on

In November 2015 Nathan Matthews and Shauna Hoare were sentenced for the killing and subsequent dismemberment of 16-year-old Becky Watts, Matthews’ stepsister. The judge said that Matthews had “a fixation with having sex with petite teenage girls” which Hoare came to share. Police found a collection of “borderline legal” images on Matthews’ computer. Many of them showed petite girls having sex with older men. Underlying this fixation is a fundamental shame that prevented Matthews from developing mature, healthy sexual interests.

In October 2017, a slew of sexual allegations emerged against Hollywood mogul Harvey Weinstein. The ensuing court case exposed the lurid details of the movie industry’s long-standing ‘casting couch’ system where big-name producers, directors and actors pressured starlets (of both genders) into trading sex for fame. Other leading Hollywood figures, including Oscar-winning actor Kevin Spacey, fell from grace. In the wake of these allegations women took to Twitter in a storm of outrage to protest against sexual abuse under the #METOO hashtag.

These six cases are hugely different yet the underlying emotional mechanics are identical. An unconscious shame about the sexual aspect of one’s self leads to that aspect being unconsciously rejected during adolescence. The result is what Michael Picucci, PhD, calls the ‘sexual-spiritual split’. This is a fracture within the psyche where the rejected part of the self is split off, compartmentalised and repressed.

It’s important to realise that the ego does this as a defence mechanism. It knows that sexual impulses are historically highly dangerous. Consequently, it fears that if they are expressed they will result in punishment, banishment or even death. However, sexual repression is increasingly failing results in the sometimes tragically damaged expressions of sexuality seen in these cases.

These, however, are just some of the most extreme examples. All cases of sexual dysfunction and everyday sexism are simply watered-down versions of the same shame-based process.