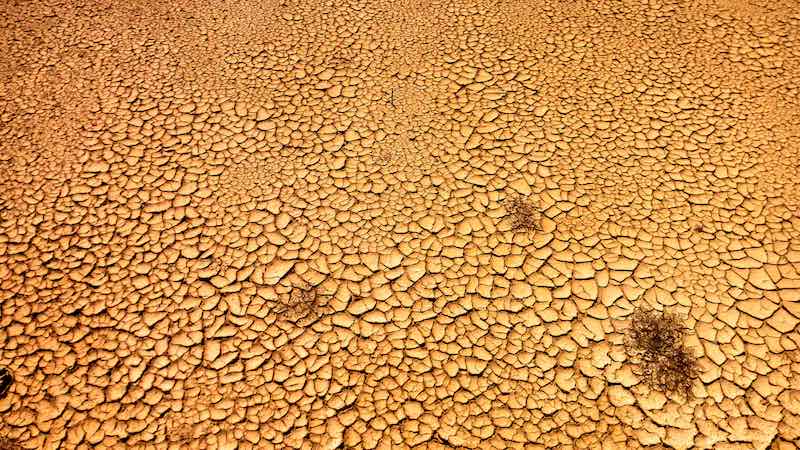 In What is ancestral trauma? I describe the key psychological wounds that humanity suffered as a result of the drought, desertification and famine that gave rise to patriarchy. Here I want to focus on the first of these wounds: separation from nature and nurture.

The drought, desertification and famine that created patriarchy created a core separation from nature and nurture in the human psyche.

Separation from nature and nurture

We’re very familiar with the geography of our world, our little globe with its blue oceans and its landmasses of green, brown and yellow. We know where rain falls and food grows, and where it doesn’t. That would be the yellow bits.

The hunter-gatherer tribes of 6,000 years ago roamed across a landscape that had no yellow bits. The Sahara, Arabia and what are now the deserts of Central Asia were savannahs criss-crossed by rivers. All these areas teemed with life. In Saharasia, geographer James DeMeo documents the drought that turned these regions into deserts—and turned their inhabitants into tribes fighting for shrinking food sources.

This image of Safsaf Oasis in south-central Egypt comes from the space shuttle Columbia. Taken with Synthetic Aperture Radar that can penetrate 2 metres of sand, it clearly shows a buried river system that once fed the oasis.

There is evidence that this period of climate change and famine lasted in the early centuries AD. In The Silk Roads, Peter Frankopan describes a letter from a trader in the early 4th century found near Dunhuang in western China. “The merchant recounted to his fellow traders that food shortages and famine had taken a heavy toll, that such catastrophe had befallen China as to be barely describable.”

It is impossible for us to register the sense of betrayal these tribes must have felt as the rivers dried up, the trees died and the desert spread. From a world where nature unquestioningly met their every need they descended into a baking hot hell where invisible forces threatened their existence. The forces of the angry gods they had somehow offended.

From being something that was revered, nature became distrusted. The same separation that occurred at the macro level between nature and man repeated at the micro level between mothers and infants—to an infant, its mother is nature. In Patriarchy destroys our capacity to trust, I wrote:

In The Politics of Experience, R.D. Laing suggests that, “The first intimations of nonbeing [i.e. emotional disintegration] may have been the breast or mother as absent.”

Another factor in this loss of trust between mother and child was that mothers distanced themselves emotionally from their own children. This emotional abandonment was a prelude to having to abandon their children—or even to eat them. Parent-child cannibalism to survive is documented in the Bible (Lamentations 4:10).

This traumatic process happened as recently as the 1960s when the aggressive Bantu people persecuted the Ik, a hunter-gatherer culture in east Africa. DeMeo writes that, “A passive indifference to the needs or pain of others manifested… eventually mothers abandoned their weakened infants and children.”

We’ve been living with this fundamental double-breach of trust ever since. It’s only comparatively recently that the practice of separating mothers from their babies at birth ceased. It manifests in the male fixation on the breast as purely sexual. As a result, breastfeeding—nurturing life—is still widely regarded as unacceptable in public and unfit for social media.

Our separation from nature and nurture leaves us permanently anxious. We’re cut off from the natural sense of being an integral part of creation. To counter this we not only abuse nature but also victimize each other in an endless quest for wealth.

No accumulation of wealth can ever heal this core separation from nature. It exists as a schism in the gutter of our collective unconscious. It’s waiting for each one of us to do the painful work of recognising and healing it.

Photo by Sari Fayomie on Unsplash