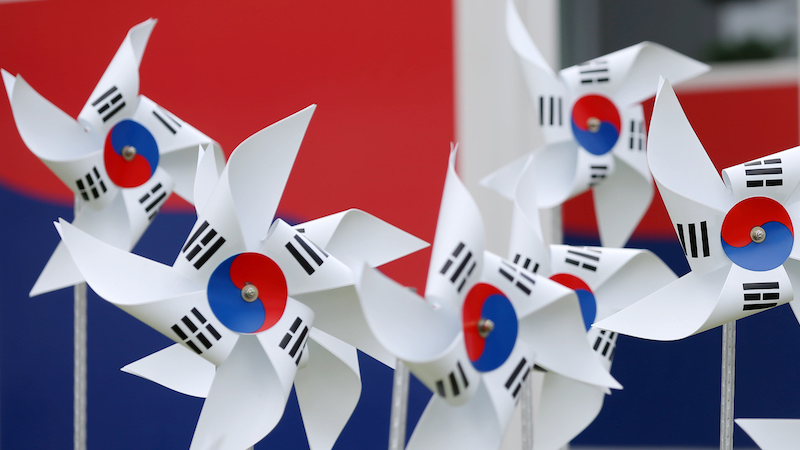 In his award-winning documentary Parts Unknown, Anthony Bourdain visited Koreatown in Los Angeles and spoke to several self-confessed ‘bad Koreans’ who had defied family expectations about their lifestyles. All of them referred to the han (or haan) as a family or communal pressure to meet expectations, such as becoming doctors, lawyers, or accountants.

What exactly is this han thing in Korea?

There is no definite agreement. Wikipedia offers several intriguing explanations:

There is also dissension over whether han is an ancient phenomenon, or whether it formed during the Japanese occupation of Korea in World War II.

What intrigued me was that han (or ‘THE han’, as it was often referred to on Parts Unknown) sounds exactly like a form of community trauma.

At the 2021 Intergenerational Trauma Conference, Peter McBride described his personal experiences of ‘the Troubles’ in Northern Ireland as a community trauma passing from one generation to another.

He observed that “traumatised people change the narrative they have about their own identity; they change the way they brought up their children.” The young adults in Parts Unknown could certainly relate to that.

McBride noted that “there is no agreement of a narrative of what happened.” This correlates with the differing views on the origins of han.

India’s caste system is another example of community trauma. Like the han in Korea, it replicates from generation to generation, its mechanics seemingly impossible to grasp, let alone stop.

Let’s cross-reference these descriptions against the five wounds of racial trauma passionately enumerated by Professor Kenneth V. Hardy at ITC 2021:

To me, the overlap looks perfect: the han is Korea’s communal trauma.

I’m going to focus on the fourth of Hardy’s wounds, ‘rage’. He notes this is often expressed as destructive behaviour within the containing—and concealing—walls of the family.

Many of the young Korean Americans on Parts Unknown spoke of han in terms of excessive punishments for perceived wrongdoing. An example: getting less than 94% in a test. All the youngsters reported experiencingthe same punishment: being forced to stand for extended periods, holding a stack of books above their head.

Ritualisation of the punishment shows it’s outside the framework of normal behaviour. It can only be administered by the punisher performing a time-honoured ritual that grants them permission to do something they wouldn’t ordinarily do.

Wikipedia suggests this behaviour is more strongly associated with Koreans outside Korea:

I sense some whitewashing here.

All trauma is closely associated with respect and its flipside, the shame of being disreputable. Kenneth Hardy name-checked it in his first wound, ‘internalised evaluation’. The fear of shame can also be seen in the excessive desire for children to adopt well-paid, socially respectable careers—doctors, lawyers, accountants.

The most shameful form of shame is sexual shame.

During the coronavirus pandemic, the Korean government—showing its authoritarian streak—published ‘safety guidance texts’ on the movements of people who had tested positive, ostensibly to help with contact tracing.

Yet some Koreans seized on those texts with an entirely different purpose, using them to track down sexual misdeeds. As I wrote in Coronavirus exposes South Korea’s sexual shame:

One official communication revealed that a 50-year-old man travelled to Wuhan with his 30-year-old secretary. This fuelled speculation that the two were having an affair or he’d arranged for cosmetic surgery.

Another text stated it had been unable to track a man’s movements after his arrival at Seoul’s railway station. As that area is known for prostitution, the man—identified only by his case number—was publicly shamed for buying sex. It turned out he had been buying lunch. His movements had merely been lost due to a technicality.

The problem with trauma is that it’s subject to the Law of Conservation of Energy. It doesn’t just go away by itself. What cannot be transformed must be transmuted. Until Korea learns to transform its han, history will keep repeating.

Photo: Seoul_Taegeukgi_11 by Republic of Korea on Flickr (CC BY-NC-SA 2.0)