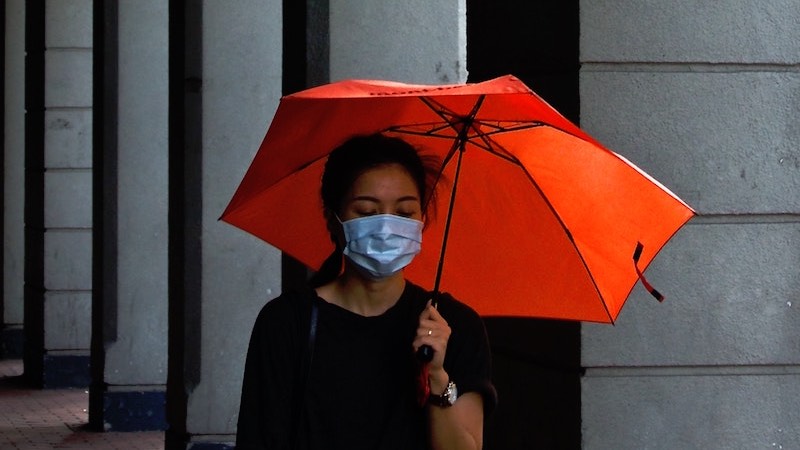 One of the more curious effects of the 2020 coronavirus outbreak has been to highlight potential sexual indiscretions in South Korea. This conservative Asian nation is highly sensitive to perceived sexual impropriety, i.e. sexual shame.

‘Safety guidance texts’ from the country’s health authorities provide information on the movements of people afflicted with coronavirus to help with tracing and containing the outbreak.

One official communication revealed that a 50-year-old man travelled to Wuhan with his 30-year-old secretary. This fuelled speculation that the two were having an affair or he’d arranged for cosmetic surgery.

Another text stated it had been unable to track a man’s movements after his arrival at Seoul’s railway station. As that area is known for prostitution, the man—identified only by his case number—was publically shamed for buying sex. It turned out he had been buying lunch. His movements had merely been lost due to a technicality.

The music star suffered cyber-bullying and online shaming after an Instagram post that apparently showed some nipple. Sulli suspended her music career and later committed suicide. She had been battling depression prior to the incident.

Jung was also convicted of filming himself having sex with women and sharing the footage, without consent for either activity. He was jailed for six years. “The victims have to live in agony for the next 60 years, not just six,” one commentator remarked. The comment reveals the depth of feeling associated with shameful sex in the South Korean psyche. It also reveals a sense that shame is ineradicable.

Secretly filming sexual images is so much of an obsession in South Korea it even has its own name—molka. According to police records, there were over 6,600 molka arrests in 2014. The number of crimes is unknown but likely to be significantly larger. President Moon Jae-in admitted that molka was “a part of daily life.”

While 98% of those arrested were men, it was one of the 2% of female molka-ists who sparked major public protests. In June 2018 22,000 women protested after a woman published a video of a male model secretly filmed in a drawing class.

The culprit was arrested and exposed to the media, prompting outrage that male perpetrators often got off lightly while this woman was publically humiliated.

This highlights the deep-seated, simultaneous fear of/obsession with sex that underlies all patriarchal societies. Wilhelm Reich writes in The Mass Psychology of Fascism that “wherever we encounter authoritarian and moralistic suppression of childhood and adolescent sexuality… we can infer with certainty that there are strong authoritarian-dictatorial tendencies in the social development…”

The obsessive fear of sex has been quite visible at various times in history. It surfaced in 18th century Britain in the so-called ‘English vice’, flagellation. It’s behind America’s high age of sexual consent. I’ve already written about Japan’s sexual shame in Japan – sex fears and ghost towns.

The coronavirus outbreak starkly reveals that, in the midst of a deadly epidemic, South Korea continues to obsess over moral cleanliness.

The coronavirus outbreak starkly reveals that, in the midst of a deadly epidemic, South Korea continues to obsess over moral cleanliness.

A Seoul restaurant owner observed that “there are other things more scary than the coronavirus”. He wasn’t directly referring to South Korea’s entrenched sexual shame, but he may as well have been.