Does generational trauma attract us to genealogy? 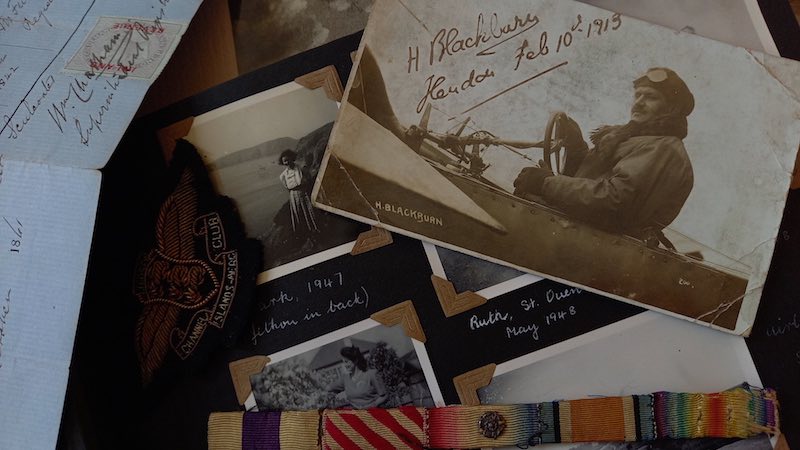 We like to think that reason rules our lives, that every choice we make is conscious. What about our choice of interests? When something interests us, is that a choice, is it random—or is something deeper at work? I’ve suspected for a while that generational trauma attracts us to genealogy.

I’ve been studying genealogy for a decade now. I don’t remember choosing to do so. It just sort of happened. In a way, I had no choice—because, out of nowhere, a large envelope arrived one day containing a raft of family history. It was from a long-lost cousin on my father’s side who I didn’t even know existed.

I later received an email from a long-lost relative on my mother’s side who I also didn’t know existed.

Unknown voices seeping out of the past into the present… unexpected contact from each side of the family. How neat. How symmetrical. It’s one of those little coincidences you don’t notice at the time.

Whenever you see the words ‘long lost’ in the context of family trees, may a loud bell clang in your head.

Families don’t intentionally become long lost. They shatter over affairs, scandals, feuds, financial failures and other stains on the family name. These events cause shame. Shame is painful. As a result, the culprits get expelled.

Over time, entire branches of a family tree can rot, split, and fall to the ground—until the family’s genealogists pick up the pieces, seemingly on a whim.

But is it a whim? For these fallen branches in the genealogy tree, these skeletons in the family closet are the breeding ground of generational trauma.

Generational trauma is unresolved trauma and shame inherited from our parents through epigenetic inheritance.

Professor Rachel Yehuda, speaking at the 2021 Intergenerational Trauma Conference, explained that “environmental influences cause chemical reactions that can interfere with how DNA is transcribed.”

Generational trauma surfaces as disempowering feelings and behaviours that make no sense in the context of the life of the person who experiences them. Anything traumatic or shameful is a potential source of generational trauma, including all forms of abuse, abandonment, unexpressed grief, ‘shell shock’ and neglect.

Because of the invisible nature of the underlying condition, and that cause and effect occur in different lives, it’s difficult to identify and resolve. The shock of the original event lives on in a new host. Generational trauma is effectively an inherited form of Post Traumatic Stress Disorder (PTSD).

Bessel van der Kolk, MD writes: “It’s important to recognize that PTSD is not about the past. It’s about a body that continues to behave and organize itself as if the experience is happening right now.”

The impact of generational trauma ranges from unconscious shame (including sexual shame) to abandonment, low self-worth, arrested development of core life processes and energetic disturbances such as depression and low energy.

If it were only the two contacts out of the blue, I could write off my hunch that generational trauma draws us to genealogy as a coincidence. But I’ve repeatedly discovered information—or it’s discovered me—in ways that I can only describe as ‘consistently uncanny’.

I’ve also unknowingly been led to physical locations where old family traumas happened. As I wrote in Living with ghosts – confronting generational trauma, visiting the ‘scene of the crime’ helps to release trapped energies.

It’s almost as if these old wounds want to be healed.

Generational trauma reaches out to us through the most intelligent language at its disposal: genealogy.

Generational trauma reaches out to us through the most intelligent language at its disposal: genealogy.

By learning this language, by following the genealogical trail into our family’s murky past, we can navigate the deep waters of our own unconscious and lay the ghosts of the past to rest.