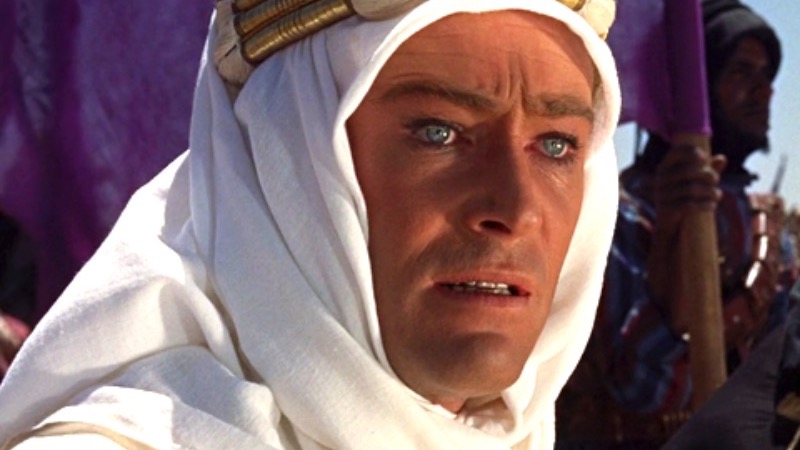 I recently wrote about the influence of unconscious shame upon the personality of perhaps the single most memorable individual to emerge from World War I, T. E. Lawrence, better known as Lawrence of Arabia.

Since then I have been reading Scott Anderson’s monumental work, Lawrence in Arabia. Anderson’s work is fascinating because, while Lawrence is its key figure, the book is actually an account of all the main intelligence operatives shaping the future of the Middle East during the dying days of the Ottoman Empire. As such Anderson brings a critical eye to the Lawrence enigma and questions some aspects of his autobiography, Seven Pillars of Wisdom.

For those unfamiliar with Elliot Rodger, he was a young man whose unconscious shame so impaired his social skills that he was unable to find sexual partners. He eventually went on a shooting rampage at the University of California in 2014 in which seven people, including Rodger, died. On the surface, Lawrence of Arabia and Elliot Rodger have little in common. Beneath it, both were radicalised by extreme sexual shame.

On the surface, Lawrence of Arabia and Elliot Rodger have little in common. Beneath it, both were radicalised by extreme sexual shame.

Lawrence’s shame was born of his family situation. His father, part of the Anglo-Irish landed gentry, abandoned his marriage to live with a commoner under the assumed name of Lawrence. In prurient Edwardian England this was the social equivalent of suicide, denying a privileged future to not only the daughters left behind but to their five sons, of which Thomas Edward (‘Ned’) was the eldest.

Ned’s mother was a staunch believer in physical punishment and it appears to have been her eldest son who bore the brunt of this. This would have inflamed Ned’s core mother wound. In tandem with the socially illicit nature of his parents’ relationship, which Ned discovered at a young age, this created a violent rejection of both the body and sexuality in his psyche. (See Lawrence of Arabia – a shame-driven hero?)

Reacting to this, Lawrence developed a fascination with the Arthurian legends. This led him to become an expert on the fortresses of the Crusades, reading history at Oxford and, eventually, to archaeological digs in the Middle East.

This was no random interest. In early 20th century Arabia, Lawrence found a world of noble, sword-waving warriors battling inhospitable conditions for idealistic notions of honour and glory. In this living Camelot, sex was something that happened in the margins—or didn’t happen at all. Forced to travel for days on end through pitiless desert just to access basic amenities, Bedouins had little opportunity for intimacy.

And if there was one thing T. E. Lawrence hated, it was intimacy. He abhorred physical touch and avoided shaking hands whenever possible. By the time he joined British intelligence in Egypt in 1914, Lawrence was well on his way to radicalisation.

The psychological process model I use for radicalisation has eight steps. It’s a generalised model but has proven useful in charting the descent into violence of radicalised individuals including Elliot Rodger, Columbine School shooters Eric Harris and Dylan Klebold, and now Lawrence:

Growing up in a socially outcast family, Lawrence passed through the first three stages during his upbringing. The fourth stage, humiliation, is crucial. This is the stage that propels disaffected individuals to extreme violence. The war was to supply Lawrence with this experience.

There are two questions about the Lawrence myth that remain unresolved: Was his relationship with Dahoum, a young Arab man he met on a pre-war dig, of a homosexual nature? And what actually happened when the Turks captured him at Deraa? When the evidence is filtered through the understanding that Lawrence was radicalised, likely answers to both questions emerge.

Prior to Deraa, Lawrence’s was a dreamer’s war. He was fighting for the ideal of a sovereign Arab nation where his latter-day Arthurian fantasies could play out. That changed in November 1917 when Lawrence, dressed as an Arab, ventured into the Turkish-held railhead at Deraa to gather information. With his light skin he was suspected of being a Turkish deserter and arrested.

According to Scott Anderson, Lawrence gave three distinctly different accounts. In a letter to a friend in 1919, Lawrence claimed that the Turks knew who he was but he escaped after being left unguarded. Given the bounty of 20,000 Turkish pounds on his head, this seems improbable.

In Seven Pillars, Lawrence wrote that the Turkish governor, or Bey, tried to rape him but he resisted, for which he was severely whipped and beaten. Anderson is also suspicious of this account, given that within days of Lawrence’s escape from Deraa two things happened: he set out on an arduous cross-desert trek, hardly consistent with being tortured. He also went through a noticeable personality change, becoming more alienated—stage six above—and violent.

That leaves the third account. It was written in 1924 in a letter to Charlotte Shaw, wife of writer George Bernard Shaw, and the only woman with whom Lawrence seems to have had any kind of connection. In it, Lawrence confesses that he surrendered his “bodily integrity” to the Bey. What could this be, other than an admission of rape?

There are clues in Seven Pillars that support this. Lawrence devoted five pages to his mistreatment by the Turks. But, as Anderson notes, “there is something in the sheer accumulation of such ghastly detail that serves to cloud the narrative, to make vague what really happened.”

While the physical clues may be vague, the emotional ones are not. Lawrence wrote that while being kicked in the ribs “a delicious warmth, probably sexual, was swelling through me”. It’s hard to see what the word ‘probably’ is doing in that sentence, other than laying a smokescreen. After his ordeal he “snuggled down, dazed, panting for breath, but vaguely comfortable.”

Taken in toto, it’s hard to escape the sense of a repressed homosexual forced into an act he was too ashamed to initiate. We will never know for certain, but in his overwritten Seven Pillars account Lawrence may have been trying to admit the inadmissible. Not only did his socially shameful feelings find a mirror, but—worst of all—it brought a certain relief.

But shame is a multifaceted beast. Whatever the truth of Deraa, there is no question that the judgmental aspect of Lawrence’s psyche reacted strongly to his treatment by the Bey. Anderson describes its impact on Lawrence in a single word: humiliation. This is the pivotal fourth stage in the radicalisation process. Past this stage, there is rarely a way back. Ten months later, Lawrence returned to Deraa. There, to quote Anderson, he would “commit some of his most brutal acts of war, acts that would carry the very strong scent of vengeance.”

Whatever the truth of Deraa, Anderson describes its impact on Lawrence in a single word: humiliation. This is the pivotal fourth stage in the radicalisation process. Past this stage, there is rarely a way back.

Desert warfare, with its crucial dependence on scant water sources, makes prisoners a luxury at the best of times. Yet, prior to Deraa, it was a luxury that Lawrence sometimes indulged in, such as the ambush at Fuweila that paved the way for the audacious capture of the strategic port of Aqaba. After Deraa, his battle cry changed.

After Deraa, Lawrence was merciless as he tumbled through the final stages of the process of radicalisation. His war had become personal. This is brilliantly portrayed by Peter O’Toole (above) in the notorious “No prisoners!” sequence in David Lean’s epic film Lawrence of Arabia.

Lawrence’s radicalisation, founded on extreme sexual shame, also provides a likely answer as to whether this relationship with Dahoum was sexual. Personally, I doubt it. Dahoum represented Lawrence’s ideal, an ideal of which asexuality was a significant component. Lawrence would have been too ashamed of any sexual feelings for Dahoum to ever express them. Only in the dungeon of the Bey of Deraa did Lawrence find a situation where homosexual expression could take place in a way his sanctimonious society could not condemn.

None of this is said to disparage Lawrence. He was clearly an extraordinary individual. His support of Arab independence—to the extent of revealing to them the secret Sykes-Picot Agreement, a treasonable offence—was years ahead of his time, even if impelled by his sex-negating fantasy of an ‘Arthurian Arabia’.

Countless words have been written about T. E. Lawrence. Few of them, to my knowledge, have recognised the overarching impact of shame on his shooting star trajectory. Nor have they identified Lawrence as what we would now call a radicalised individual. The sharp contours of his brilliant life provide us with key insights into these otherwise nebulous emotional conditions. Even in death, T. E. Lawrence retains a compelling ability to fascinate and educate.