Radicalisation may seem a strange thing to lump in with shame-based issues, but every single extremist who ever lived has or had an unconscious but profound sense of shame. It is from this shame that the injustice that impels terrorists to violence springs.

Every single extremist who ever lived has or had an unconscious but profound sense of shame.

The following eight-step emotional pathway shows the role that shame plays in the process of radicalisation. This process emerged during the development of When Chemistry goes Bang!, a primary school musical on extreme behaviour funded under the Prevent national anti-terrorist strategy that I created with composer Claire Batchelor.

Let’s look at each stage in more detail.

The person vents their feelings of discrimination but these fall on deaf ears and nothing changes. This creates a sense of frustration. The stage ends with the person feeling discrimination is institutionalised and cannot be changed through available social processes.

Unable to get their voice heard, the person feels helpless.  This creates a sense of victimisation. The stage ends when this reaches an acute level, often through a specific external event that brings their sense of grievance to a head.

The person withdraws from the wider community, creating a vacuum in their psychological framework that makes them vulnerable to extremist narratives of unrecognised superiority, victimisation and retribution. The stage ends when the person discovers such a narrative that resonates with them.

The person embraces an extremist narrative. The stage ends when the person accepts the idea that violence is the only means of addressing their perceived grievances. They commit to participating in or supporting such violence.

A profound sense of inferiority is inherent in the very first step of this process — unconscious shame.

But instead of taking responsibility for the unpleasant feelings of shame arising from this, they are projected onto others and experienced as a sense of discrimination. But because the outside world is unable to provide any redress — the problem is internal — frustration eventuates. Over time the shame-based feelings escalate. The vulnerable person trips through the various stages of the process of radicalisation. Each has its own clear-cut emotional ending.

By the Alienation stage, the individual is highly vulnerable to an extremist narrative of disaffection and redemption. The mass media tends to think of radicalisation solely in terms of religious fundamentalism and organisations like ISIS. Other narrative options exist. Understanding them broadens our understanding of radicalisation.

Dylann Roof, convicted for shooting nine people in Charleston in June 2015, was radicalised by a racist narrative and consequently targeted African Americans.

In 1930s Germany, an entire population disaffected by military and economic failures and humiliated by the Versailles Treaty — particularly Article 231, which blamed the war on German aggression — was radicalised by Hitler’s Nazi Party with its message of inherent superiority and violent entitlement.

And in May 2014 British-born Elliot Rodger killed six people and then himself at a California university campus over his inability to find sex partners. Rodger was radicalised by sex; specifically by sexual shame.

Rodger’s autobiography, My Twisted World, posted online shortly before his suicidal killing spree, leaves no doubt he was radicalised. Rodger’s emotional journey follows the pattern given above. Like ISIS and the Nazis, it contained elements of unrecognised superiority and justifications for retribution.

Rodger was both apolitical and non-religious. There was, however, a racial element to his radicalisation. Although half-Asian, he loathed fully Asian men. Conversely, Dylann Roof had an issue with sex. He told his (mostly female) victims that “You rape our women and you’re taking over our country, and you have to go.”

Both race and sex were structural components of Nazi radicalisation. While the racial aspect of Nazi ideology is well known, the sexual aspect less so. Psychoanalyst Wilhelm Reich deconstructed Nazism in The Mass Psychology of Fascism in Berlin in 1932 before fleeing the country.

He argued that the almost sadistically strict upbringing of German children was the soil in which Nazism took root. “Wherever we encounter authoritarian and moralistic suppression of childhood and adolescent sexuality… we can infer with certainty that there are strong authoritarian-dictatorial tendencies in the social development.”

The reverse inference — that wherever we find “strong authoritarian-dictatorial tendencies” we will also find “suppression of childhood and adolescent sexuality” can also be made, specifically in the case of ISIS. It is no coincidence that some of the families reported as going to Syria — such as the Dawood sisters — come from the conservative end of the UK’s Muslim community.

Deeply patriarchal families raise adults with a profound shame of sex who have trouble negotiating sexual consent because it feels illicit. Hence ISIS mandates that women unquestioningly satisfy their husbands’ demands. The appeal to male Jihadist wannabes is obvious but the appeal to ‘Syria girls’ less so. While they must submit to their husbands’ advances, they are freed from any moral qualms by ISIS’ inflexible doctrine.

The media’s insistence on conjoining religion and radicalisation not only risks alienating moderate Muslims but also obscures other factors involved. A crosscheck of these four options — religion, race, politics and sex — suggests that the latter is the only element common to all radicalisation narratives.

This in turn suggests that a longing for physical, moral and mental purity, a compass-straight path through the shifting sands of a rapidly-changing world (dis)order, is central to radicalisation. This can be seen in the cries for racial purity of Dylann Roof and the Nazis, the doctrinal purity of ISIS and the sexual purity envisaged by Elliot Rodger’s My Twisted World, a world where no one has sex and procreation happens artificially.

Radicals are alienated not just from co-operative society but also from their own bodies and emotions. It is this terrain, not the Syrian Desert, where the battle over radicalisation will be won or lost. 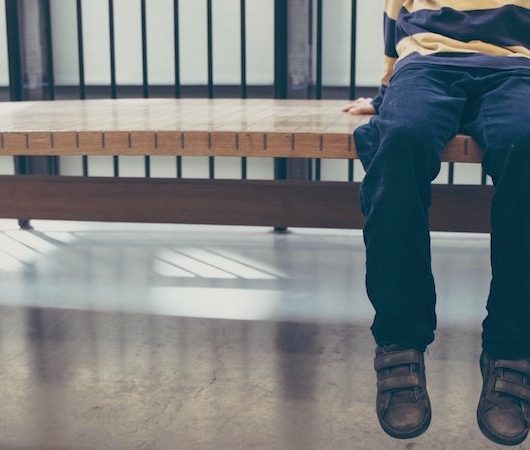