Michael H Hallett > Blog > Cornerstones > In patriarchy, everything is toxic

In patriarchy, everything is toxic 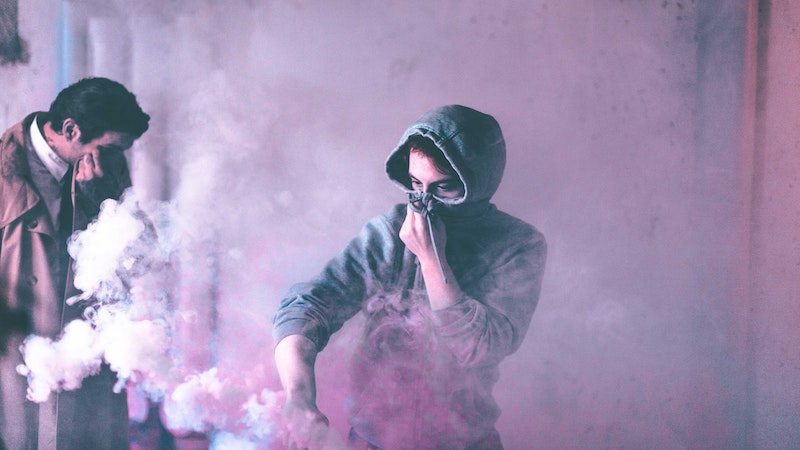 The word ‘patriarchy’ is mostly understood in simplistic terms. Patriarchies are societies where men rule, and women get bashed down. The problem with this view is that it clouds the extent to which such societies distort natural human functioning and wellbeing. The best-kept secret of patriarchy is that everything is toxic.

We’ve been living in patriarchal societies for the past 6,000 years. It’s what we fondly call civilisation. How can everything in civilisation be toxic? How could such a monumental secret be maintained by billions of people over thousands of years?

Only by hiding it in plain sight.

Darkness on the edge of town

Bruce Springsteen is one of the most insightful lyricists in popular music. It’s easy to forget that in the 1970s he, like all rockers, was regarded as an anti-establishment figure. That was because he dared to point the finger at toxic patriarchy.

In the title track of his 1978 album Darkness on the Edge of Town, he sings:

“Where no one asks any questions / Or looks too long in your face”. There it is. The great secret of toxic patriarchy, maintained by a simple mechanism: we don’t want to know.

Look at the state of the planet. You’re seeing toxic patriarchy at work.

For the past few millennia, humanity has been unconsciously intent on avoiding the reality that our social structure is toxic. ‘Unconsciously intent’ sounds like a contradiction in terms. Yet it isn’t. It’s the default psychological functioning in patriarchal societies.

Psychoanalyst Wilhelm Reich wrote two of the most damming books on patriarchy: The Invasion of Compulsory Sex-Morality (1932) and The Mass Psychology of Fascism (1933). The latter was written in Berlin during Hitler’s rise to power. The book was banned by the Nazis, forcing Reich to flee to Norway and later America.

It wasn’t the Nazis but the American Food & Drug Administration (FDA) who burned Reich’s books for containing too many unpalatable truths.

Through his work as a psychoanalyst, Reich perceived that the whole of humanity—except for a few, isolated native societies—had lost its connection with natural functioning. Instead, we had become conditioned by the need to survive in hierarchical, status-driven societies.

This conditioning distorts us in two directions. The first acts to suppress our perceived weaknesses, which is everything on the emotional, intuitive, feminine side of the ledger. The second acts amplify everything on the forceful, intellectual, masculine side.

During adolescence, faced with the inability to be genuine, we develop coping mechanisms to ‘fit in’ with expected behaviours. By the time we become adults, these mechanisms have become unconsciously embedded thoughts, feelings, and behaviours.

Psychoanalysis calls this the ‘false self’.

The more sensitive we are, the more aware we are of the fundamental falseness of our lives, and the more helpless we feel. Lacking self-leadership, we look for external leaders who can solve our problems.

In The Mass Psychology of Fascism Reich writes: “We are confronted with a human structure that has been shaped by thousands of years of mechanistic civilization and is expressed in social helplessness and an intense desire for a führer.”

Reich continues (his italics): “All dictators have built their power on the social irresponsibleness of masses of people… It is ridiculous to contend that the psychopathic general was capable of oppressing seventy million people all by himself.”

Ah, I hear you say. We don’t live in a fascist dictatorship. We live in a democracy. How can that be toxic?

Fascism is nothing other than patriarchy baring its teeth, that ‘might is right’. One of the fundamental tenets of patriarchy is the right to impose one’s will—if necessary, with lethal force—on others.

Democracy is a system where different groups have agreed to ‘fight’ each other through political campaigning to see which side ‘wins.’ That side then gets to tinker with social and economic rules (usually for their own benefit) for a given term. The back-and-forth of the political pendulum gives all participants a sense the system ultimately benefits them.

Yet the veneer is thin. Look at Trumpism and the 2020 U.S. Presidential election to see Reich’s “intense desire for a führer” in action. Look at how close the aggrieved losers came to overthrowing democratic safeguards and reverting to open violence.

Presciently, Reich wrote, nearly a century ago: “It can only be hoped that American democracy will… realize… that fascism is not confined to any one nation or any one party.”

Why is patriarchy toxic?

Yet the toxic nature of patriarchy is not restricted to its perpetual squabbling over power: status, wealth, military might, resources, land, sex, even love. These are merely superficial symptoms of a deeper problem.

What patriarchy truly distorts—then fights over—is the energy of life itself.

Life energy isn’t a concept that we’re used to discussing. That’s because it’s closely bound with our genitals. In patriarchies, the genitals are submerged in a fog of sexual shame that prevents understanding of their healthy functioning. What we think of as sexual energy is nothing other than life energy revved up to the point it becomes shameful.

Reich writes that genital shame is inextricable from political and economic power:

“Sex-negating morality first appears as the demand of a group which has economic and political power, and is directed against the other members of society for the purpose of securing and increasing this power.”

For ‘sex’, read ‘life energy’. Reich saw no distinction between them. In The Function of the Orgasm, he describes “the fundamental identity between sexual process and life process… Since the life process and the sexual process are one and the same, it goes without saying that sexual, vegetative energy is active in everything that lives” (Reich’s italics).

Everything in patriarchy is toxic because our fundamental access to life energy has become distorted, stunted, and repressed. From that ensues all the woe of the human condition.

Everything is toxic means you, I, and everyone else is, on some level, toxic. That includes your family, friends, colleagues—everyone. It means you’re unconsciously poisoning—or have already poisoned—your own children.

Everyone in patriarchy engages in a victim/victimizer dance where we victimize someone, somewhere in our lives to compensate for the places where we feel victimized. Any time you experience an interaction as draining, depressing, disempowering, sucking the life out of you—you’re on the receiving end of the victim/victimizer dynamic.

No one is wholesome in a patriarchy. Do you know someone who you think is truly good? You just haven’t seen them squeezed hard enough to bare their fangs and lash out.

Everything we think, feel and do is tainted by the need to fit in. This is called fawning.

In patriarchy, every impulse contains two strands—a healthy strand trying to live a good live and build a better world, and an unhealthy strand that’s desperate to get its fix. Getting a fix might be more money, more status, more power, more fame, more sex, more love—more of whatever we feel will soothe the key wound—the mother wound—at our core.

To see the wizard behind the curtain you must first grasp that there is a curtain.

Only when we grasp the toxic darkness at the heart of patriarchy can we understand the need for inner work to recognise and release our trauma. This is called shadow work.

Patriarchy is a sealed system wherein everything is toxic. I’ll be writing more about what keeps that toxicity sealed in. That’s the key to accessing and releasing it.

Photo by Jules D. on Unsplash