To reduce unconsciousness, go towards it 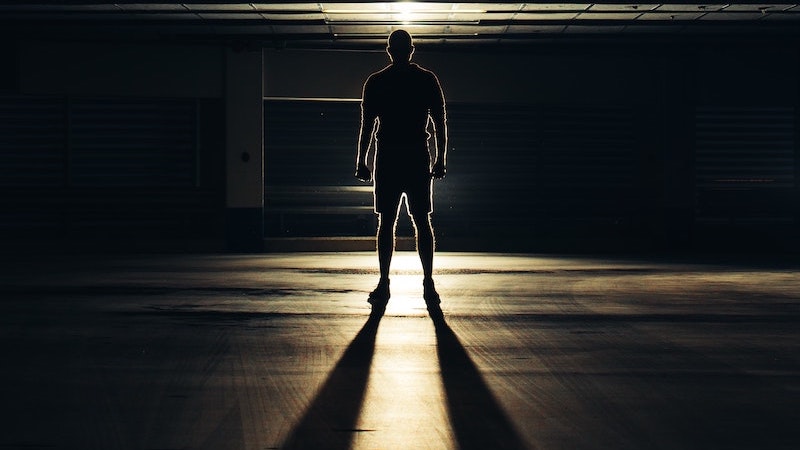 From very early on in my journey, one of my guiding mantras has been Carl Jung’s quote. “Man’s task is to become conscious of that which presses upwards from the unconscious.” It’s a great quote. But how do we comply? How do we reduce unconsciousness?

Jung’s quote succinctly outlines what I also believe to be humanity’s critical task. Yet it gives us no directions.

You reduce unconsciousness by going towards it. Into the darkness. Towards the fear, the pain, the trauma.

We have no common conception the unconscious. You don’t hear people gathering ‘round the water cooler at work, asking “how’s your unconscious today?” It rarely crops up outside of specialist conversations, and most people don’t have a language to describe it.

Science is in the same boat. Modern thinking on the subject focuses on automatic processes that we don’t consciously control but can nonetheless be proven to exist.

There’s no scientific consensus on what it is or if it even exists. The Freudian concept of the unconscious has almost disappeared. It’s too slippery, too squirmy, too… damn well inconvenient.

A study of trauma shows that Post-Traumatic Stress Disorder (PTSD) is painful experiences frozen in time. These fall into Fromm’s category of experiences of which we are not aware. Yet because they’re frozen, they exist constantly, consistently, and continually. Collectively, these frozen, traumatic experiences form part of the unconscious.

In Debugging the Universe, Laura Knight-Jadczyk describes our unconscious as “the realm from where our world manifests, in which are found unfathomable depths of the rejected, the unacknowledged, the unrecognised, the unknown and undeveloped elements of our existence.”

Note the beginning of that sentence: “the realm from where our world manifests”. That’s how important the unconscious is. That’s why Jung pinpoints clearing it as our key task. It is the source point for our life experience.

How to reduce unconsciousness

To reduce unconsciousness, we must fathom those unfathomable depths. We must accept the rejected, acknowledge the unacknowledged, recognise the unrecognised and know the unknown.

Most of all, we must develop the “undeveloped elements of our existence.”

How do we do that? Knight-Jadczyk points the way: “People do not realize that, in order to diminish darkness, they must focus on it.”

You reduce unconsciousness by going towards it. Towards the fear, the pain, the trauma.

Here’s a simple guide to find the way into your unconscious: you are ruled by that which you refuse to feel. Jung’s “that which presses upwards” is that which troubles us, but we are in denial about and refuse to take emotional responsibility for.

We will go to almost any lengths to avoid responsibility for our unconscious. Because that involves consciously choosing to feel the fear, feel the pain, reconnect with the trauma.

Sufi Islam has many tales of Mulla Nasrudin, a man who appears a fool but whose foolishness points to hidden truths. In one of these, one night a man sees Nasrudin searching the ground beneath a streetlight.

“Mulla Nasrudin, what are you doing?” “I dropped a coin,” comes the reply. The passer-by helps Nasrusdin search in the narrow cone of light beneath the lamp. After a while the man asks, “Are you sure you dropped it here?”

Mulla Nasrudin waves at the darkness across the street. “Oh, no. I dropped it over there. But there isn’t any light there.”

The coin is, of course, gold—a nugget of truth. You’ve found all the truth that can be found in your current level of light, or consciousness. To reduce unconsciousness the only place left to look is your own darkness. Go towards it.

Photo by Jaanus Jagomägi on Unsplash