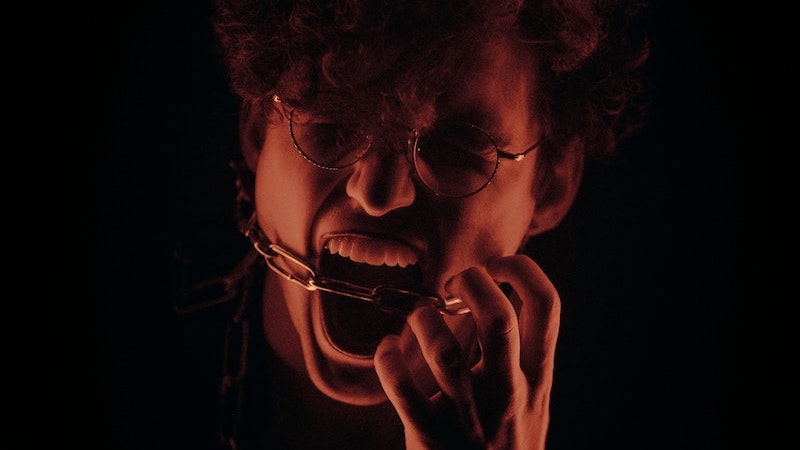 I have long wondered why some people talk about their issues while others don’t. I’ve often mistaken ‘can’t talk’ for ‘don’t want to talk’. More recently I’ve started to explore the realm of pre-verbal trauma. The fog is lifting.

Pre-verbal trauma is trauma that occurred before we developed the capacity for language.

Before delving into the world of pre-verbal trauma, I’d like to briefly explore the fog that confuses can’t and don’t. Why do we automatically assume that talking is the way to deal with traumatic issues? This assumption underlies the saying, ‘a problem shared is a problem halved’.

The assumption seems to originate with Sigmund Freud and the emergence of psychoanalysis. How Stuff Works describes psychoanalysis, ‘the talking cure’, as follows:

“By employing the talking cure, or psychoanalysis, a therapist can help a patient dig into the destructive, hurtful issues in their unconscious minds, after which point they can deal with them.”

Underlying this assumption lies a second—that because we’ve acquired the capacity for language, we can automatically articulate traumas that occurred before we developed that capacity. In my experience this is false. We can only articulate pre-verbal trauma with a great deal of effort and difficulty.

What is pre-verbal trauma?

Pre-verbal trauma is trauma that occurred before we developed the capacity for language. That means trauma we incurred during the first years of infancy or was inherited from our parents as generational trauma.

In her brilliant memoir of generational trauma, The Architect of Desire, Suzannah Lessard grapples with the pre-verbal nature of some of her trauma—trauma was heaped on trauma during her childhood—without, initially, recognising its nature.

She speaks of “an avoided history” that left her family “oddly without narrative”. The family had no internal story, no thread of continuity from generation to generation.

The event that shattered the narrative—the murder and subsequent sex scandal surrounding her great-grandfather, the architect Stanford White—was too shameful to discuss.

Lessard circles her inability to articulate her feelings with beautifully poetic phrases. Like a potter moulding clay, she speaks of “the allusiveness of the unspeakable,” “a darkness right there in the light,” “a low chord out of range of hearing”.

She is iterating and reiterating, creating a linguistic framework where none previously existed. She is consciously deepening her capacity for language into the furthest recesses of her unconscious.

Lessard finally breaks through. “What came to mind was a sense of the great, groaning novel of the family, an unfolding story of which I was irrevocably a part and to which I was committed… I sensed the story in a subverbal form.”

The subverbal has become verbal.

I prefer the term ‘pre-verbal’ as it points us in the direction of the trauma, tells us where to look for its source. As Lessard notes, there was “something about our family that we needed to know.”

That something, as in all families, is an understanding of the fog of shame and denial that obscures the parts of our histories we’d rather excise from the record. Once we penetrate this fog, we can see the whole of our stories and can verbalise them.

Photo by Noah Buscher on Unsplash