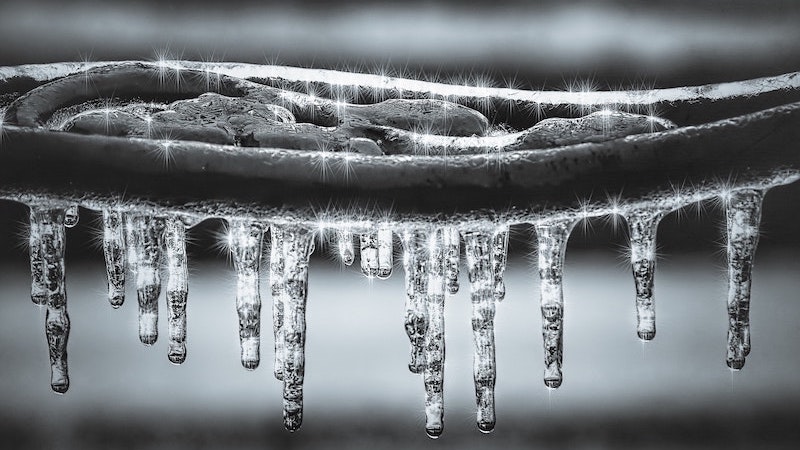 The pain, the trauma, had been frozen inside me for half a century. Yet I had no idea. I knew that my family was splintered and disconnected. I had a lifelong sense of abandonment, a dull painful throb in my heart that never seemed to go away. It was a nameless part of my emotional landscape.

I had no idea this was generational trauma—quite literally, pain frozen in time.

Generational trauma stems from pain that has quite literally been frozen in time when our ancestors were unable to deal with it.

Until I ordered a death certificate for my grandmother.

While researching my family tree, I realised I knew almost nothing about my father’s mother. She died in 1926 when my father was 4 years old. I ordered a death certificate so I could at least find out why she died. A message informed me the certificate would take about a week to arrive. I had a vague thought it was “going to hurt,” but it had slipped my mind by the time the letter arrived.

I can remember the sound of the letterbox opening that day. Picking up the letter. Tearing open the corner. Then there’s a blank—I have no recollection of the following moments.

The next thing I remember I was lying on the floor, in a foetal curl, howling in pain. I knew with absolute certainty this was not my pain. It was the pain of a 4-year-old boy who couldn’t grieve for his mother. The Great War had only ended a few years earlier. This was a culture that kept the upper lip stiff—i.e., emotionally repressed. My father was left feeling abandoned, angry and unable to grieve. He carried those feelings with him all his life and, with no framework for healing them, passed them on to me through epigenetic inheritance.

I describe this and other instances in Living with ghosts – confronting generational trauma. I use the word ‘confront’ rather than heal because this isn’t something you tackle with cups of tea and bowls of chicken soup, with quiet afternoons in the garden poring over crossword puzzles.

To unfreeze the pain of generational trauma, you must put your marching boots on and meet it head-on. You are literally entering a war zone—the war zone of the frozen past.

Inherited trauma might literally come from unprocessed wartime experiences. This used to be called ‘shell shock’. It’s now known as Post-Traumatic Stress Disorder (PTSD). It might equally come from events such as divorces, sex scandals, financial failures or overwhelming grief. Any event that the sufferer is unable to fully process in the moment that it happens becomes frozen as trauma.

The experience has literally been frozen and handed down.

Pain is the road map

Speaking at ITC 2021, Professor Kenneth V. Hardy noted that, “There is no diagnosis for it, there is no recognition of it, and ultimately there is no treatment protocol.” He was speaking specifically about racial trauma, but this applies to all trauma.

Just because there’s “no protocol” doesn’t mean it can’t be healed. The disease contains the seed of its own healing. By heading towards our pain—rather than away from it, our default setting—we can work through generational trauma. Pain is the road map for what needs healing.

Confronting generational trauma isn’t pain-free and isn’t for the fainthearted. Yet it is possible that the pain of frozen trauma can be unthawed, felt, and released. Generational trauma is patient. It waits for a time and a person who recognises the necessity of dealing with it. Is that you?

Photo by Robert Zunikoff on Unsplash