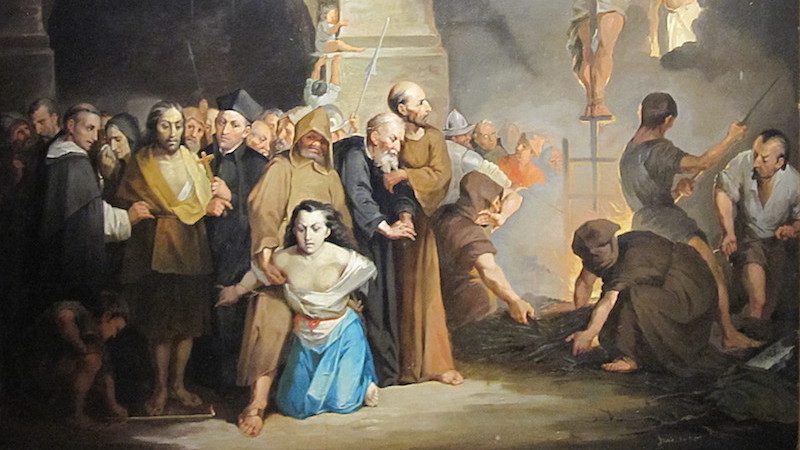 I have written extensively on this site about unconscious shame in general and sexual shame in particular. In my Are YOU ashamed? toolkit I’ve listed some of the common effects of shame—such as a fear of public speaking—which are so widespread they are simply considered to be normal human behaviour.

Yet if shame is both so debilitating and so prevalent, why is it not talked about more? Why is it not better understood? Why aren’t more people seeking to be free of it?

There are two reasons for this. The first is that to recognise shame in any way—to notice it, to speak or write about it, to address it—is itself a trigger for shame. When we even try to engage with our shame its defences kick into action. This makes us feel uneasy, foolish and—yes—ashamed of ourselves.

The second reason is that unconscious shame is rooted in our survival fears.

Unconscious shame stems from a fear of our emotions or our sexuality being expressed in some way which conflicts with social standards. Historically, such inappropriate expression—particularly sexual—was harshly punished.

In Sex & Punishment, Eric Berkowitz describes an adultery trial in ancient Athens where the wronged husband “would have been allowed to beat [the adulterer] up in public and ram foreign objects such as spiky scorpion fish and large radishes into his anus.” (You will never look at a large radish the same again.)

During the Inquisition of the late Middle Ages, the mere accusation of sexual impropriety could be enough for women to be tortured until they confessed to diabolical sex acts then put to a grisly end.

For men, shame is often more a fear of dishonour. For women, shame has historically been a fear of inappropriate sexual expression. This might be of their choice or forced upon them. In Sex & God, Darrel Ray writes that, “In ancient Greece, the word aidos (shame) applied to men and women but with a sexual meaning for women and a more ‘honour’ meaning for men.”

Sometimes these notions of dishonour and sexual shame coalesced. In some societies, such as Anglo-Saxon Britain, rape was considered so dishonourable that its victims were put to death.

The Hindu practice of sati (widow burning) emerged during the 11th century when widows considered it shameful to outlive their husbands. The shame arose because a widow was a woman of dubious social, financial and sexual standing. Once again this reflected core survival fears. Although banned by Queen Victoria in 1861, India enacted the Sati Prevention Act as recently as 1988.

Practices such as anus spiking, witch hunting and widow burning have ceased. Yet the fear of them—and the programming that unconsciously protects us from transgressing—lingers on in our collective unconscious. To challenge our shame is to challenge this survival-based programming.

Practices such as anus spiking, witch hunting and widow burning have ceased. Yet the fear of them—and the programming that unconsciously protects us from transgressing—lingers on in our collective unconscious. To challenge our shame is to challenge this survival-based programming.

To release our shame—to trust we won’t offend in some catastrophic way—is a revolutionary and courageous act. But we cannot discover who we are as human beings as long as shame forces us into a straightjacket of constricted sexual and emotional expression. As we do, we leave our debilitating unconscious shame fears behind.