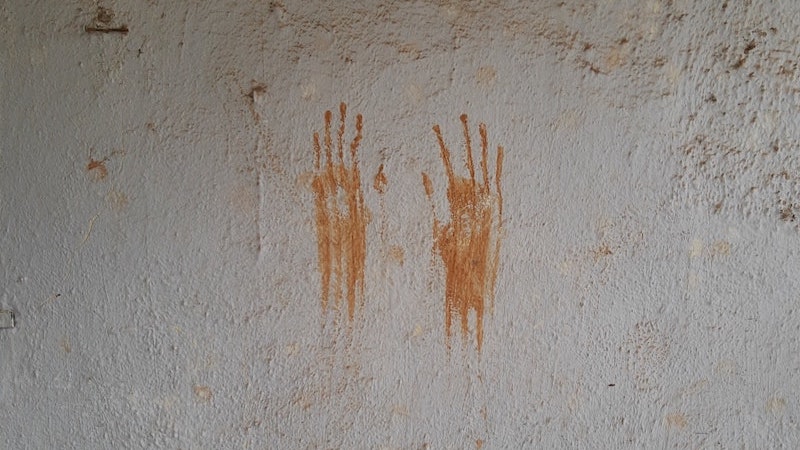 Humanity has had a long love affair with secret societies. The Illuminati, the Masons, the Knights Templar, the Order of Sion, the Rosicrucians—the sense of missing out, the frisson of secrecy, the cachet of knowing something others don’t—all this appeals to our sense of mystery. I recently stumbled on The Sect of the Disgraced, an intriguing fragment of Bulgarian poet Iana Boukova’s multi-part poem Drapetomania.

The Sect of the Disgraced intrigues me not because it alludes to a secret society, but because its underlying subject matter is unconscious shame.

The Sect of the Disgraced intrigues me not because it alludes to a secret society, but because its underlying subject matter is unconscious shame.

Part 13 of the Drapetomania is a critique of Argentinian writer Jorge Luis Borges’ short story The Sect of the Phoenix. This story is generally thought (well, Wikipedia thinks so) to allude to homosexual intercourse as a secret bonding agent. I haven’t read Borges’ work, so I can’t comment directly. It’s Boukova’s assessment that piques my interest.

The Sect of the Phoenix

Boukova’s poem scopes out the landscape of Borges’ story with deft strokes, like a painter applying a render. The first verse is descriptive, zeroing in on a paradox (like Boukova, I too am attracted to paradox):

I’m reminded of the words of the Sufi poet Rumi:

The wine dregs, the cupbearer, the minstrel, the harp, and the music
The beloved, the candle, the drink and the joy of the drunken – ‘tis I
Truth and falsehood, good and evil, ease and difficulty from first to last
Knowledge and learning and asceticism and piety and faith – ‘tis I

Rumi intimates that the only barriers are barriers of perception. If you believe in separation, you will perceive it. If you don’t, you won’t. That’s the key to Borges’ work—and Boukova’s.

The Sect of the Disgraced

The Sect of the Disgraced proceeds to quote Borges’ description of his sect’s initiation rite:

There are no temples…a ruin, a cellar,
an entrance way are considered propitious sites.

There are clear parallels with descriptions of secret societies in Jonathan Black’s (a pseudonym) A Secret History of the World. Sects have always shunned the formality of temples or other recognised places of worship for ruins, natural caves, the blasphemous graveyard sex of the left-hand path of Tantra.

And Boukova isn’t buying it. That’s what draws me in. In the closing lines she deviates from the simplistic view of an allegory about same-gender sex. The Wikipedia view assumes the normality of the observer and the abnormality of the observed. Because of the falseness of these assumptions, as Rumi shows us, the generic view fails to penetrate the surface.

What is this surface that must be penetrated? Shame. Boukova uses the word ‘humiliation’, but it’s close enough.

It’s not sexual humiliation that’s at stake here, yet sexual shame is a significant element. Stain, stick. The physical stickiness of sexual fluids, the moral stain of exchanging them with those who society deems verboten. Parallels with Dennis Potter’s spurting, descriptive prose in the TV series The Singing Detective. I almost wrote the ‘stinging detective’. Shame stings.

Only a Borges could think up a sect which all mankind secretly adheres to.

Here she links this Borges, Jorge Luis, to the infamous Borgia family of Renaissance Italy, a byword for greed, corruption, and sexual perversion. Yet the phrase ‘all mankind’ indicates Boukova has broken beyond the barrier of society’s fear of non-vanilla sex into humanity’s secret complicity in its own shame.

The secret isn’t that there’s a secret society, smugly and secretively looking down on the ignorant masses. The secret is that we all belong to a sect so secret we don’t know that we belong to it. Boukova’s Sect of the Disgraced, whose membership shames us into ignorance.

Shame shames us into being unaware of our shame. That is humanity’s secret society—and its secret paradox.

Photo by Piyush Karpe on Unsplash