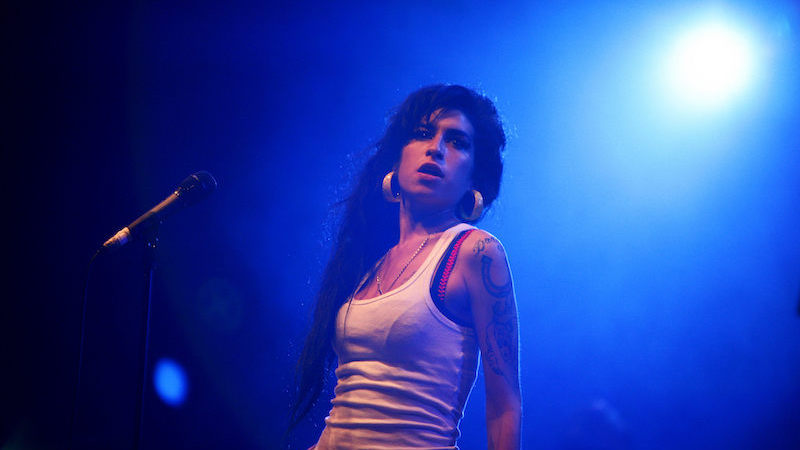 While unconscious shame is by definition invisible, there are a number of highly visible situations where the stamp of shame is so powerful – for those who recognise its clues – as to be unmistakable. It surfaces in the lives of some celebrities, some criminals – particularly sex criminals – and, unfortunately, in the lives of everyday people where shame has such an overwhelming effect that it leads to tragedy. One of the most obvious cases of celebrity shame is Michael Jackson.

Michael Jackson was the King of Pop. At his peak – around 1982’s Thriller album – he quite literally had the world at his feet. Jackson was mercurial, but there was always something not quite right and the wheels came off a once-glittering career. The drugs. The face-lifts. The hermit-like retreat to his Neverland ranch, more of a prison than a personal fiefdom. The claims of sexual abuse that even acquittal by jury failed to dispel.

An obsession with adolescent male sexuality casts a pall over him. It seems like some unbending force shaped the trajectory of his life against his will. As Jackson aged he retreated into a dysfunctional Peter Pan persona sustained by the drugs that eventually killed him.

Another musician whose life – and premature death – has all the hallmarks of shame is Amy Winehouse. Described as “the pre-eminent vocal talent of her generation,” Winehouse shot to stardom with the award-winning album Back to Black. But as Winehouse’s successes mounted, so did her problems: violence, manic depression, eating disorders, drugs and the binge drinking that finally killed her. It’s hard to escape the impression that the more popular Winehouse became, the more some internal force worked to destroy her.

Private Lynndie England of the United States Army blurs the lines between celebrity shame and criminal shame. England became the poster-girl for the rampant physical and sexual abuses committed at the Abu Ghraib prison in Iraq. The revelations sparked a global outrage. Lynndie England eventually went to jail. Yet a sympathetic reading of her backstory reveals a powerful shame that made her vulnerable when she found herself in the wrong place at the wrong time.

The disappearance of Joanne Yeates in the run-up to Christmas 2010 gripped the British nation. Tragedy was confirmed on Christmas morning. Her body was found with her top pulled up, revealing her bra and part of a breast. Despite Tabak’s claims that the murder was not sexually motivated, a forensic analysis of the copious emotional clues he left behind reveals a man in the grip of profound sexual shame.

The next case illustrates how powerful shame can be – and how it can spiral out of control through farce to criminality. In 2015 Gayle Newland was convicted of tricking a female friend into having blindfolded sex using a prosthetic penis. The court case revealed in tragic detail how Newland impersonated a man on Facebook to win her friend’s affection. This ultimately led to the bedroom tryst for which she was convicted. The underlying driver of Newland’s behaviour was her inability to accept her unconventional sexual feelings – by patriarchal standards – which led to this humiliating charade as she desperately tried to express her sexuality.

Read more: The curious case of the blindfold and the strap-on

The common denominator in all these cases of criminal and celebrity shame is unconscious shame.

Its victims typically don’t want to express themselves in damaging or criminal ways. They just can’t stop it. The most sensational media stories – those focusing on sex or anxiety – always bear its stamp. Unconscious shame is what drove –

There are various indicators of John Warboys’ unconscious shame. Instead of expressing his sexuality in healthy, consensual relationships, he drugged women with spiked champagne. Then he had sex with them while they were comatose. Sex was so shameful for Warboys he could not bear to be seen having it.

Warboys admitted that he never recovered from the death of his mother when he was 13. It’s a little detail, seemingly insignificant amid the harrowing testimonies of his victims, but actually highly revealing. Like Michael Jackson, Warboys was a ‘little boy lost’ who suffered from arrested development. He never transitioned into emotionally and sexually mature adulthood.

Like Gayle Newland, William Vahey felt so ashamed of his homosexual urges that the only way he could express them was by molesting drugged students. His victims in turn felt an overwhelming sense of shame at being molested. Had Vahey shaken their hands they wouldn’t have minded a bit. But shaking their penises violated an internal boundary within his victims’ psyches so traumatic it impelled them to take their own lives.

Tabak, Newland, Warboys and Vahey were trapped in a prison of prohibitive sexual beliefs. Under its unbearable pressure Joanne Yeates was murdered, an elaborate sexual deception played out, a hundred women raped, and unknown numbers of schoolboys molested, some of whom later killed themselves. The suicides of Vahey’s victims show that these beliefs are not just restricted to perpetrators. They are prevalent to a significant degree in wider society as well; i.e., institutionalised.

The case of Frances Warren is less obvious. To most people, the idea of hanging oneself over fears that one’s hair is a particular colour may seem senseless. Yet, for Warren, it was clearly a matter of vital importance. Anxiety is the key element in understanding her behaviour. Painful feelings about her appearance so overwhelmed Frances Warren they ultimately drove her to commit suicide. Beneath her anxiety lurked a profound sense of shame about her physical appearance.

The imprint of shame does not in any way mitigate the criminal culpability of Vincent Tabak, John Warboys, William Vahey or any others who commit sex crimes. But a non-judgmental analysis of their behaviour – and that of Frances Warren – reveals underlying common denominators based entirely on shame.

The case studies given above show that a permanent destructive force, centered on the emotions, the body, and on sexuality, is at work in many people’s lives.

These case studies of criminal and celebrity shame show that a permanent destructive force, centered on the emotions, the body, and on sexuality, is at work in many people’s lives.

If we are to create a society free of serial rapists like John Warboys, free of the sexual abuse that drove William Vahey and three of his victims to their deaths, and free of the overwhelming anxiety that impelled Frances Warren to end her own life, we need to understand this unconscious shame and the mechanics by which it operates and propagates.