Michael H Hallett > Blog > Cornerstones > We’ve rejected the dark side of the life cycle, and that is what ails us 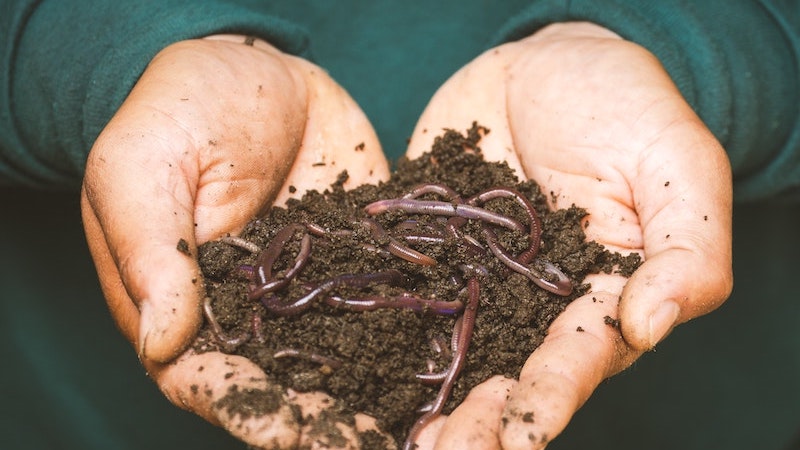 When I was young, living in southern Switzerland, we used to make long holiday drives through the Italian countryside. The smell of manure was a frequent presence. We used to crumple our noses and cry, ‘Il buon odore della campagna’—the good aroma of the countryside. Fast forward half a century. I now know that wincing at pungent farmyard stink was a symptom of a deeper rejection. Humanity has rejected the dark side of the life cycle.

We have rejected everything feminine about nature, which includes the dark side of the life cycle. We do so at our peril.

The life cycle is the eternal cycle of generation, degeneration and regeneration through which life recycles and cleanses itself to remain healthy. This cycle can be split into two halves—its light and dark sides.

This side is all to do with generation and regeneration: blossoming, growth, and harvest. It is fundamentally masculine in nature. We consider its every manifestation to be both pretty and desirable.

The dark side is the inner, less visible—or even invisible—side. Its colour is brown. Autumn leaves falling and turning to mould. Barren fields in winter. Worms. Bacteria. Vermin. Vultures and other carrion birds. Scavengers. Rats and mice. Bodily functions. Excrement.

This side is all to do with degeneration, decay, and death: recycling life and preparing it for new birth, new growth. It is fundamentally feminine in nature—the womb of existence from which new life births. We consider its every manifestation to be ugly and undesirable.

In English Pastoral, James Rebanks—whose family has been farming in the Lake District for over 600 years, writes:

“We [have] created a society obsessed with food choices and ethics, while disconnecting most people from the practical agricultural and ecological knowledge to make those choices… Most people are now largely illiterate when it comes to agriculture and ecology.”

The smell of manure that I turned my nose up to as a child was a sign of this disconnection, and of the illiteracy that underlay it.

Yet the disconnection and illiteracy went much deeper than agriculture and ecology. I was disconnected from and illiterate about life itself.

In What is the mother wound? I’ve written about the fundamental separation from nature that humanity underwent due to climate change from around 4000 BC onwards.

The mother wound was caused by long-term drought in the Sahara, the Middle East and Central Asia that led to desertification, famine and competition for resources. This event, which spanned several thousand years, is recorded in the Bible as ‘The Fall’.

In The Fall, psychology lecturer Steve Taylor writes: “The main event in human history is a sudden, massive regression—a dramatic shift from harmony to chaos, from peace to war, from life-affirmation to gloom, or from sanity to madness.”

One of the impacts of this shift was what we call environmental stress (or eco-anxiety). People who once lived in close connection with nature felt shocked and betrayed as once-fertile land dried up, and food and water sources vanished.

Rejected the dark side of the life cycle

Out of the trauma of this shift emerged the early patriarchal civilizations that went on to conquer both the Old World and the New. These civilizations were responses to the disconnection, rejection, and demonization of everything feminine that became the new default human paradigm—the mother wound—that we’ve been living with ever since.

In The Function of the Orgasm, early psychoanalyst Wilhelm Reich writes: “The character structure of man of today… is characterized by an armouring against nature within himself and against social misery outside himself.”

An armouring against nature—there is James Rebanks’ disconnection and illiteracy.

This illiteracy is so near-total that even today, in the supposed Ages of Information and Freedom, our ability for discussion and education around the process by which we reproduce is virtually nil and actively suppressed by mainstream media. If you dispute that notion, try posting an image of a woman breastfeeding on nature.

Wilhelm Reich writes that “man is the only biological species which has destroyed its own natural sex function, and that… is what ails him.”

It’s not just our natural sex function. We’ve destroyed our connection with the life cycle. To paraphrase Reich, ‘humanity is the only biological species which has rejected the dark side of the life cycle, and that is what ails us.’

I’ve been training myself to smell manure and other aromas of rottenness and decomposition without judgment. I’ve found that reacting negatively to those smells is entirely conditioned.

When you stop judging them, these smells reveal a wide range of aromas that, yes, are pungent and challenging, but are also deeply earthy smells with a genuine fragrance. They are merely the aromas of life decomposing and recomposing itself.

When we disconnect from what life smells like, how can we expect to be healthy?

Look at the photo at the top of this blog. Look at those worms, who tirelessly work to restore soil health so that we can continue to plant and grow and harvest and live. Then look at the shape of the hands—the shape of a heart.

We have rejected the dark side of the life cycle at the peril of life itself. We will never live well, at one with nature, until we learn to love the entire life cycle.