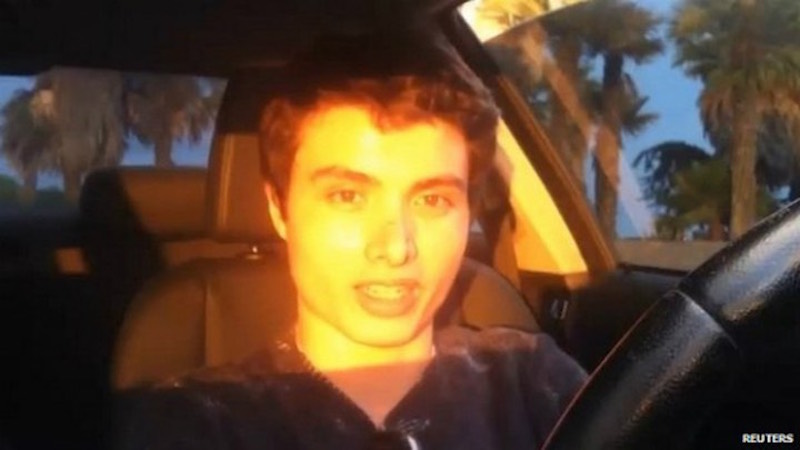 Radicalisation is often equated with religious extremism in general and Islam in particular.

This is an overly narrow view. While the path of radicalisation always leads to violence, it is not necessarily always religious violence. Arguably the greatest example of radicalisation in history is Nazi Germany. Disaffected by the military and economic failures of the First World War and the Allies’ punitive restoration demands, the entire German nation was consequently vulnerable to an extremist narrative of an oppressed master race entitled to violent retribution. Adolf Hitler provided that narrative.

More recently, Californian Elliot Rodger was radicalised by sex—or, more precisely, the lack of it.

On the evening of 23 May 2014, the 22-year-old Rodger killed six people and injured fourteen others before shooting himself in a premeditated attack on the Isla Vista campus of the University of California, Santa Barbara. Rodger specifically targeted the Alpha Phi sorority house. In the event all of those harmed were simply people who got in the way. He left behind a YouTube video called ‘Elliot Rodger’s Retribution’ and a 141-page ‘manifesto’ titled My Twisted World. He emailed this to family members and the few acquaintances with whom he was still on speaking terms. In the video, Rodger says:

“For the last eight years of my life, ever since I hit puberty, I’ve been forced to endure an existence of loneliness, rejection and unfulfilled desires all because girls have never been attracted to me. Girls gave their affection, and sex and love to other men but never to me.”

There are many single men in the world; descending on the Alpha Phi sorority house clutching a Glock 34 semi-automatic pistol is an extreme response. It is Elliot Rodger’s manifesto, My Twisted World, that confirms his radicalisation and details the path it took. It is one of the most revealing documents ever written about the descent into radicalisation.

Inquiries into the psychological basis of radicalisation focus on words such as alienation, frustration, discrimination and humiliation. These are not random words. There is a sequence to them, each with its own end point. It’s a series of emotional pit-traps that a person plummets through on the way to radicalisation:

The person vents their feelings of discrimination but these fall on deaf ears and nothing changes. This creates a sense of frustration. The stage ends with the person feeling discrimination is institutionalised and cannot be changed through available social processes.

Unable to get their voice heard, the person feels helpless. This creates a sense of victimisation. The stage ends when this reaches an acute level, often through a specific external event that brings their sense of grievance to a head.

The person withdraws from the wider community, creating a vacuum in their psychological framework that makes them vulnerable to extremist narratives of unrecognised superiority, victimisation and retribution. The stage ends when the person discovers such a narrative that resonates with them.

The person embraces an extremist narrative. The stage ends when the person accepts the idea that violence is the only means of addressing their perceived grievances and commits to participating in or supporting such violence.

My Twisted World reveals that Elliot Rodger fits this model very closely. The manifesto appears to have been written near the end of his life, but he retained a keen memory of his early years—particularly of the injustices he felt he suffered. Discrimination against him began at an early age. Short in stature and of mixed-race parentage (British father, Malaysian mother), Rodger was bullied at school. He entered therapy around the age of eight but was never formally diagnosed with a mental condition. His parents’ divorce had a traumatic effect; he shuttled between their homes as both pursued careers in Hollywood (Rodger’s father was 2nd unit director on The Hunger Games):

“At mother’s house, all of my needs were met with excellent precision, whereas at father’s house, there would always be a time delay.”

Even in this short sentence a mental coldness and a sense of detachment are evident: the emotional alienation that is one of the key traits of the radicalised psyche. As My Twisted World unfolds Elliot’s father becomes a progressively more distant and disinterested figure.

Frustrations were mounting in Rodger’s life well before he hit puberty. Unalterable physical characteristics coupled with parental disinterest to entrench a sense of victimisation that Elliot Rodger carried into middle school and his first encounters with girls. With the seething indignation of the aggrieved victim he recounts how, at age 11, he “accidently [sic] bumped into a pretty girl the same age as me, and she got very angry.”

Rodger felt humiliated by this “first experience of female cruelty” and rationalised that “she viewed me as a loser.” This perception was to be confirmed many times over before that fateful day at Isla Vista. His experiences bear all the hallmarks of shame-based arrested development.

Rodger’s teenage years were characterised by rejection. Not only did girls reject him, he increasingly rejected the world. His parents moved often. Rodger moved from school to school, sometimes dropping out of classes because a particularly pretty girl or the sight of a happy teen couple was too painful to bear. He was teased for being scared of girls. Sexual feelings compounded his misery:

Here Rodger reveals the low self-worth that is a necessary precondition for radicalisation. His school grades plummeted. He cried everyday at school and felt “betrayed” by his parents. He argued with friends and family members alike. As a result he retreated into a physically ever smaller and emotionally more alienated reality. As his world contracted, it twisted:

“I began to have fantasies of becoming very powerful and stopping everyone from having sex. I wanted to take their sex away from them, just like they took it away from me. I saw sex as an evil and barbaric act, all because I was unable to have it. This was the major turning point.”

To fill the vacuum left by his withdrawal, Rodger became addicted to World of Warcraft, a multi-player online role-playing game. Here, in a fantasy milieu where the more time he spent playing the more powerful his online alter ego became, he found an extremist narrative where violence brought redemption. Rodger’s online violence spilled into his few remaining social outlets. He argued with an old schoolmate, who spat back that “no girl in this whole world will ever want to fuck you.”

Rodger’s world caved in. His ex-friend was right: no girl in the world would want to fuck him. Ever. It’s the ‘ever’ that was the killer: the prospect of a lifetime without sex in California’s highly sex-conscious society was untenable for Elliot Rodger. The key threads of his life—the fantasy violence, his fantasist notions of barring others from having sex and his own inability to get laid—coalesced into a process of self-indoctrination. As a result, a killing spree that concluded with his own suicide became, in Rodger’s mind, the only viable option. In November 2012 he bought a Glock 34. The countdown to his ‘day of retribution’ began.

On the surface, Elliot Rodger has little to do with Syrian runaways, the Islamic State and the curriculums of Birmingham schools. He was non-religious and apolitical. His family worked in a prestigious industry. He attended the red carpet premieres of Star Wars prequels. Yet, emotionally, he followed exactly the same pathway to alienation as ‘Jihadi John’, the Dawood sisters and every other wannabe jihadist.

The path of radicalisation comprises a million seemingly trivial slights and a handful of more significant events. They finally propel emotionally vulnerable people to a place where violence appears the only option. For those who genuinely wish to understand this process, the sexual radicalisation of Elliot Rodger has much to teach. If anything can be redeemed from the tragic deaths of his six victims and his short, twisted life, this is it.