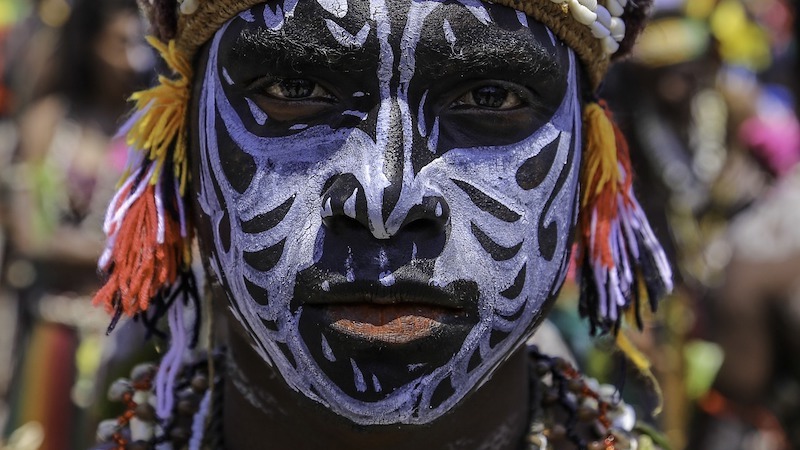 Videos from Papua New Guinea reportedly showing women accused of witchcraft being tortured have recently appeared on social media. These videos—taken by people participating in the abuses—are commonly shared among Papua New Guinean students who approve of these trials, which have long been a feature of the social landscape of this rugged island nation.

Belief in witchcraft is deeply rooted in Papua New Guinean society. Practitioners are believed to be capable of invisibly inflicting diseases on their victims. In 2013 20-year-old Kepari Leniata was stripped, bound, doused in petrol and burned to death for allegedly causing a child to die of illness.

The most recent video shows four women who are stripped, tied up, beaten and tortured. The charges against the women are irrational and the evidence invisible. There is no due process by which they can demonstrate their innocence in a socially recognised way. In the remote highlands of Papua New Guinea, where most such ‘trials’ occur, a woman accused of sorcery is branded as a witch for the (often short) remainder of her life.

In May 2015, a woman named Mifila was rescued from a sorcery trial. Only a few months later, villagers trekked through the jungle for a week to reach her home, where she was reportedly hacked to death. (The word ‘reportedly’ surfaces frequently when commenting on Papua New Guinean affairs because of the collusion of villagers and absence of reliable witnesses.)

What motivates these sham trials? Light entertainment between State of Origin rugby league broadcasts? The sadistic amusement of bored villagers? The cultural education of adolescents? A still from the recent video shows a young boy staring at three naked and bound women. Men surround a fourth, even more unfortunate, victim. There may be a germ of truth in all these suppositions. But beneath them—and the superstitious rationalisations of those who support the trials—lurks a deeper and darker impulse.

The purpose of such trials is not to establish guilt or innocence; that is why no means of doing so exists.

The clue lies in both the gender of the victims and the nudity that almost always accompanies such trials. At an unconscious level, witchcraft trials are a socially approved means of expressing deep-seated sexual rage.

The European witchcraft mania from the 15th to the 18th centuries performed exactly the same function. So do the gang rapes meted out as punishment in rural Indian communities. The purpose of such trials is not to establish guilt or innocence; that is why no means of doing so exists. The word ‘trial’ is therefore misapplied; they are in truth social rituals whose purpose is to cleanse the community of harmful energies. While the villagers vent their fury at the accused, the harmful energies that are in fact dispelled are those of the accusers.

This unconscious sexual rage can be traced back to the origins of patriarchy some six millennia ago. In his monumental interdisciplinary study Saharasia: the 4000 BCE Origins of Child Abuse, Sex Repression, Warfare and Social Violence in the Deserts of the Old World, geographer James DeMeo describes how anti-female, anti-child and anti-sex social customs emerged among previously egalitarian societies following the desertification of the Sahara, Arabia and Central Asia. Drought and famine broke the maternal-infant bond. This bred men with a rage against the world in general and women in particular. As resources dwindled, a life-or-death struggle emerged that only the most violent tribes survived.

Child-rearing techniques that raised the most brutal men were deliberately adopted. Conversely, the sexuality of the women who bred these cruel warriors had to be rigidly controlled to prevent dilution of pre-eminent bloodlines. Sex—other than for procreation—was brutally punished, causing a repression of sexuality that became entrenched in the human psyche.

Those who broke this implicit social contract were shamed and humiliated through enforced public nudity. DeMeo describes how, over the centuries, this social model fanned out of what he terms Saharasia to conquer the world—including Papua New Guinea. The country’s rape statistics prove the link between anti-female, anti-child and anti-sex attitudes: over half of those hospitalised for rape are under the age of 16.

The rape of Nanking

Much of the world has moved on from ritualised expressions of sexual rage, although the 1937 ‘rape of Nanking’— when some 20,000 Chinese women were raped and murdered, frequently with a bayonet to the vagina—reminds us just how recently. However, the remote highlands of Papua New Guinea have acted as an incubator. This age-old custom not only survives but is now propagating through intermarriage to lowland communities.

Understanding the true purpose of witchcraft trials does not make the issue any easier to resolve, but it does suggest strategies for long-term success. Repealing the sexually repressive attitudes underlying the witchcraft trials is a multi-generational task, and progress is slow. Two people were charged with Kepari Leniata’s murder but they have not been convicted. Mifila’s killers remain at large. It remains to be seen whether the latest videos will furnish the evidence to convict the perpetrators of these abuses.

Photo by Dmanase on Pixabay