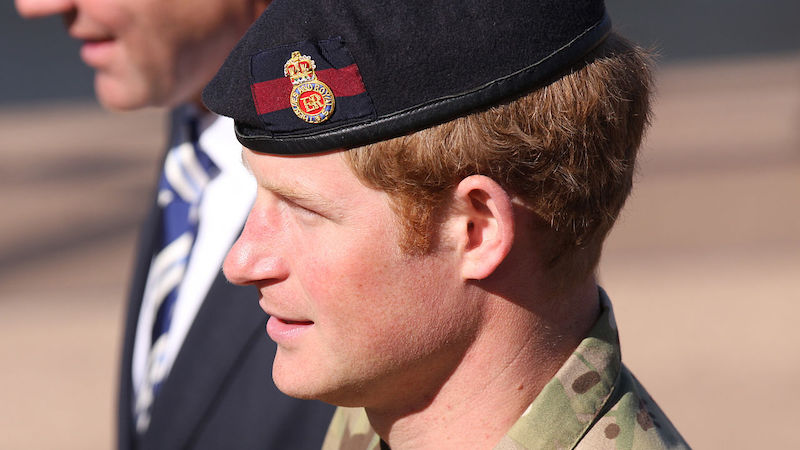 In an interview for the Armchair Expert podcast, Prince Harry has revealed the generational trauma at the heart of Britain’s Royal Family. Speaking to actor Dax Shepard, Harry spoke of the “genetic pain and suffering” in his family and his intention to heal it. “If I’ve experienced some form of pain or suffering because of the pain or suffering that perhaps my father or my parents had suffered, I’m going to make sure I break that cycle so that I don’t pass it on.”

Prince Harry sets an extraordinary example of the uncompromising attitude that’s necessary to break the cycle of generational trauma.

Generational trauma is unresolved trauma genetically transmitted from our parents through epigenetic inheritance. It surfaces as disempowering feelings and behaviours that make no sense in the context of the life of the person experiencing them.

The source of this trauma is unresolved emotional impacts and issues in previous lifetimes. It’s effectively an inherited form of Post-Traumatic Stress Disorder (PTSD). Generational trauma is pain frozen in time.

At the 2021 Intergenerational Trauma Conference, Peter McBride, Director of the Cohen Center for Holocaust and Genocide Studies, described generational trauma as the “normalisation of the abnormal”.

Prince Harry referred to the normalising effect of generational trauma in his interview. He described his life as a strange blend of The Truman Show—where the lead character gradually realises they are a reality TV star—and living in a zoo.

Harry spoke of his recognition of the repeating patterns within his life and family. These patterns, passed down as family traditions, were not necessarily healthy.

“Suddenly I started to piece it together and go ‘OK, so this is where he went to school, this is what happened, I know this about his life, I also know that is connected to his parents so that means he’s treated me the way he was treated.”

Recognising the inherited nature of current-life issues is painful, challenging emotional work. It means recognising that your whole experience of upbringing was a lie. It was a lie the entire family—in this case the whole of society—bought into. For Prince Harry to recognise and reveal generational trauma in the Royal Family is an extraordinary act of emotional courage.

Despite Harry’s explicit comment that “there is no blame,” some construed his interview as criticism of his father Charles, the Prince of Wales. The Guardian published an article titled Prince Harry appears to criticise way he was raised by his father. This highlights how little recognised and understood generational trauma is.

This misconception is easily understood. At ITC 2021, Peter McBride commented that it is “difficult to link current phenomena with past traumas”. Correctly attributing an issue in this lifetime to an ancestral trauma becomes more challenging “the further away we move from the direct experience.”

Something similar seems to have happened to Prince Harry. He attributes it to his American wife, Meghan Markle. She “saw it straight away,” according to Harry. The prince underwent therapy that helped him “pluck his head out of the sand”.

Sand is an appropriate metaphor for generational trauma—quicksand. When you’re immersed in it, it’s your only frame of reference. You have no idea how toxic it might actually be. Over time, if it isn’t dealt with, it can drag you under.

Once Harry recognised the presence of generational trauma, healing it became his priority. “How can I change that for my own kids?” The answer was a painful break from his family and relocation to America.

Prince Harry sets an extraordinary example of the uncompromising attitude that’s necessary to break the cycle of generational trauma. You, too, can do it—and you probably won’t have to break away from one of the world’s wealthiest and most famous families.