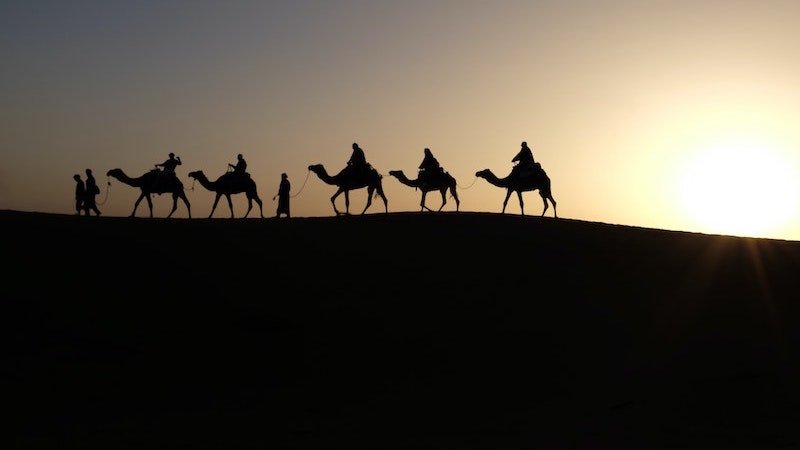 In Generational trauma is a frozen fight-or-flight response, I describe how a malfunction of the fight-or-flight mechanism causes trauma, which can then be inherited. I’ll now extend that understanding to show how this fight-or-flight malfunction, on a systemic scale, created our current, dysfunctional social model, patriarchy.

Patriarchy arose from the intersection of two elements, a frozen fight-or-flight response and inherited trauma, with a third: famine.

First, here’s a quick reminder of how fight-or-flight works:

In the presence of threat, our fight-or-flight response automatically kicks in. Chemically, this works through increased levels of adrenaline and cortisol.

The body’s means of dealing with threat is to unbalance our usual homeostasis through the over-production of adrenaline. This causes various changes that are damaging in the long-term, including depressing the immune system, slowing digestion, and shutting down the reproductive system.

Once the threat has been avoided or eliminated, the body counters the harmful effects of excess adrenaline by producing cortisol, which restores homeostasis.

But what happens if the threat cannot be avoided and cannot be eliminated? If neither fight nor flight are possible? We’re thrown into confusion and a third state, freeze, occurs.

Chemically, freeze appears to be an ongoing overproduction of low levels of adrenaline, without the rebalancing effect of cortisol.

Trauma researcher Dr Rachel Yehuda states that “one of the things that cortisol does in response to stress is that it… helps bring down the high levels of adrenaline that are released during fight or flight.”

When we’re unable to fully process a threatening situation in the moment that it happens, the outcome is Post-Traumatic Stress Disorder (PTSD). A 1986 Yale University study established unusually low levels of cortisol as a contributing factor to PTSD.

The next chain in the link that establishes the connection between a fight-or-flight malfunction and the rise of patriarchy is generational trauma. This is PTSD that one generation failed to process—i.e., their fight-or-flight response froze—which was then genetically passed on to their descendants.

Once again, abnormally low levels of cortisol are involved.

At the 2021 Intergenerational Trauma Conference, Peter Levine described how children of Holocaust victims could smell burning human flesh. Their parents’ frozen trauma was passed on in this highly visceral manner. Imprisoned in Nazi concentration camps, they could neither fight nor fly.

Speaking at the same conference, Peter McBride noted that inherited PTSD is not a form of memory but a re-experiencing of the event. But because the event was originally experienced by an earlier generation, it’s “difficult to link current phenomena with past traumas”. Unless those traumas are so specific, as Dr Yehuda demonstrated, their origin is beyond question.

Patriarchy arose from the intersection of these two elements, a frozen fight-or-flight response and inherited trauma, with a third: famine.

In Saharasia, geographer James DeMeo demonstrates how the first patriarchal societies emerged in the equatorial belt from the Sahara, through the Middle East and Arabia and into central Asia, around six millennia ago.

The driver was climate change. Long-term drought caused desertification which then caused famine. This existential threat lasted several thousand years. The people trapped in it could neither fight nor fly. They created hyped-up, violent, over-adrenalised civilizations that ultimately conquered the world and provided the model for modern global society.

This image from the space shuttle Columbia, taken in 1995, shows Saf-Saf Oasis in southern Egypt photographed by Synthetic Aperture Radar capable of penetrating two metres of solid sand. The underlying river system, once part of a savannah-like environment that supported wildlife and people, can clearly be seen.

The chemical basis of patriarchy is excess adrenaline and insufficient cortisol. The trauma that occurred during the formation of the equatorial deserts several thousand years ago is still with us ago, except that it’s now ‘gone global’.

As Philonise Floyd said during the trial for the murder of George Floyd, “The world is traumatized”. Underlying our global trauma lies an imbalance of two chemicals.

Photo by Inbal Malca on Unsplash