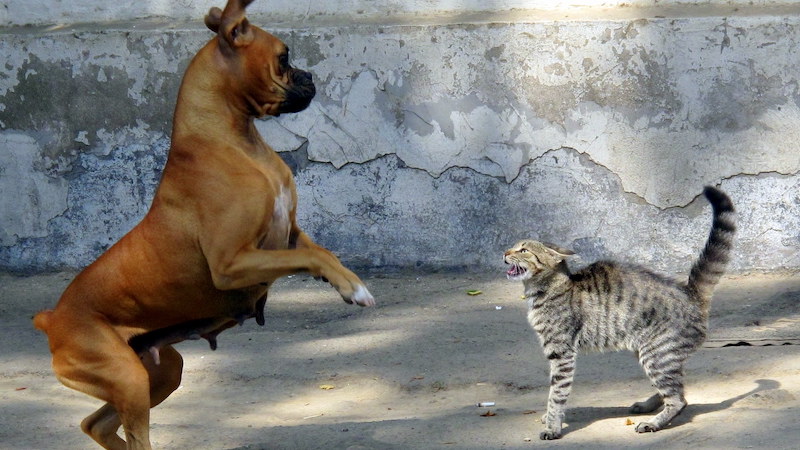 Generational trauma is an inherited, stuck-throttle, wired-open, frozen fight-or-flight chemical imbalance which we have no means of naturally resolving through a release of cortisol.

Let’s take a quick look at fight-or-flight. Then I’ll examine how its effects, particularly the chemical changes, relate to generational trauma.

The fight-or-flight response was first described by physiologist Walter Bradford Cannon in 1915. It’s “a physiological reaction that occurs in response to a perceived harmful event, attack, or threat to survival”. It makes us more attentive, more combative, and anticipates physical injury.

To achieve this, fight-or-flight disturbs the homeostasis of the body—our state of natural, sustainable balance, which Cannon also studied. This means fight-or-flight can only be maintained for a short time—the period of immediate danger.

This infographic from a great article at thinklikeahorse.org shows its main effects: 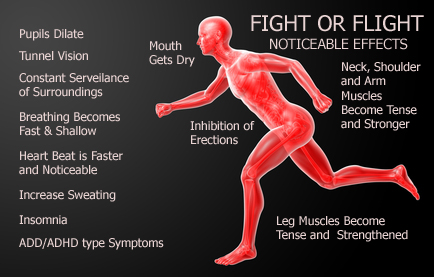 Yet there’s more going on. As well as the noticeable effects, the fight-or-flight response creates increased levels of two key chemicals: adrenaline and cortisol. 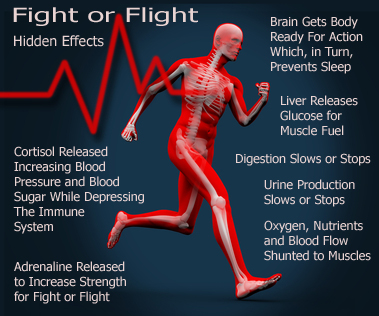 As per Cannon, adrenaline exerts several important effects in different body organs, all of which maintain homeostasis in fight-or-flight situations. For example… adrenaline constricts blood vessels in the skin and minimizes blood loss from physical trauma.”

Once the adrenaline has done its job, we return to homeostasis through the production of cortisol. In simple terms, adrenaline pumps us up while cortisol brings us back to balance.

It’s now generally recognised that the mechanism Cannon discovered has more options than just fight or flight. The third, freeze, is the response linked to trauma formation. (A fourth option, feign or fawn, involves befriending the attacker to buy time, safety, or some other advantage.) Rick Gore at thinklikeahorse.org writes:

“A horse will sometimes freeze in bright light since it blinds them due to their extremely sensitive night vision ability. When a prey animal is blinded, they do not know if they are moving into danger or out of danger, so they will freeze.”

The key phrase here is “they do not know if they are moving into danger or out of danger”.

Confusion overwhelms the fight-or-flight response. Not knowing whether to fight or flee, the prey is caught between action and inaction with heightened levels of adrenaline. In this place of uncertainty, research by Dr Rachel Yehuda suggests that insufficient cortisol is produced.

Dr Yehuda states that “one of the things that cortisol does in response to stress is that it… helps bring down the high levels of adrenaline that are released during fight or flight.”

This confusion, which can happen to any of us in a crisis, is the breeding ground of trauma.

It can happen in conflict situations, with the sudden death of a loved one, with abandonment by our parents, with the discovery of infidelity. We are thrown out of homeostasis into a no-man’s-land of physical tension and chemical imbalance that never fully returns to normal.

The immediate danger never stops being immediate. We end up caught in a situation where our body continues to generate low levels of adrenaline—but not the compensating cortisol. The fight-or-flight mechanism becomes frozen.

The connection between fight, flight and freeze is well known in PTSD circles. Jami Deloe describes it for HealthyPlace.com:

“In those of us who suffer from PTSD because we have been traumatized in some way, the freeze response can be triggered even when there isn’t anything to be fearful about. Symptoms of the freeze response include: feeling stuck in some part of the body, feeling cold or numb, a sense of stiffness or inability to move, holding breath, sense of dread, and even dissociation.”

A 1986 Yale University study established unusually low levels of cortisol as a contributing factor to PTSD. From the ptsduk.org website:

“These functions of cortisol are supposed to be short-lived, just long enough to deal with the offending stressor. Unfortunately, with PTSD, quite often the stressors remain, and so do the deranged levels of cortisol.”

A picture’s emerging of an AWOL fight-or-flight response producing excess adrenaline because of insufficient cortisol long after the traumatic event has passed.

Dr Yehuda’s research, conducted among adult children of holocaust survivors, showed this jammed-valve, frozen fight-or-flight response could be passed on as generational trauma.

In What is generational trauma? I describe it as follows:

“Generational trauma is unresolved trauma and shame genetically inherited from your mother or father through epigenetic inheritance. It surfaces as disempowering feelings and behaviours that make no sense in the context of the life of the person experiencing them… It’s effectively an inherited form of Post-Traumatic Stress Disorder (PTSD).”

Generational trauma is an inherited, stuck-throttle, wired-open, frozen fight-or-flight chemical imbalance which we have no means of naturally resolving through a release of cortisol. The trauma is frozen in time, like the dog and cat in the image at the top of this blog.

Only a deep journey—a hero’s journey—into the unconscious can access and release the frozen trauma.

Photo ‘This was a timely capture’ by Peretz Partensky on Wikimedia CC BY-SA 2.0