On the night of 25 June 1906, architect Stanford White was murdered at the rooftop restaurant of New York’s Madison Square Gardens. The subsequent trial revealed a double life where White had been seducing underage girls. Confronted with this lurid publicity, his family retreated into silence. As his great-granddaughter Suzannah Lessard recounts in The Architect of Desire, that silence became a cover for abuse that cascaded through the family for several generations.

What Suzannah Lessard describes in The Architect of Desire is generational trauma; in her case, from her great-grandfather and from the Gilded Age.

Stanford White was a major public figure. New York was in its Gilded Age of railroad tycoons, mining magnates and shipping empires. America was finding its feet as a global power—and constructing civic buildings to match.

White was at the forefront of this architectural revolution. His designs included the Washington Square Arch, churches, banks, libraries, mansions and clubs for the uber-rich society emerging at that time. Ironically, Stanford even redeveloped the Madison Square Gardens complex where he was murdered.

White was a mercurial character. As I wrote in Excess, patriarchy and the murder of Stanford White, “Everything about Stanford is excessive: his talent, his generosity, his exuberance, his appetite, his sex drive… Yet everything that Stanford touched he also poisoned.” In the aftermath of his murder, the poison spread in silence.

The Architect of Desire

In The Architect of Desire, Lessard recounts how that silence was so profound she knew nothing of the murder until 1955, at age 10, when it was fictionalised in a film called The Girl in the Red Velvet Swing.

With the clarity of a child, Lessard noticed that to the family, the murder “had no significance… The publicity was the violent thing, and the movie was felt as a continuation of that original assault.”

Yet Lessard was unable to register that the original assault also continued in the physical and sexual abuse of her and other family members. Lessard describes her alienation from her own experience in harrowing but poetic language: “For a long time my experience was out of sight and reach… My memories are like perceptions of one’s own body without mirrors: one is in it yet sees it in bits.”

Because of the silence surrounding Stanford’s murder—and, by extension, Stanford himself—his widow was “oddly without narrative”. This curious absence of a narrative that made sense—something I experienced in my own family—enveloped them all. Lessard “felt eerily happy and yet was also separated from myself,” living in “an atmosphere of serene catastrophe.”

What Lessard describes in The Architect of Desire is generational trauma; in her case, from her great-grandfather and from the Gilded Age. These are events that cannot be coped with in the moment that they happen, which causes the unresolved trauma to be passed on to succeeding generations.

Generational trauma causes a sense of paralysis in the face of emotional danger that prevents speaking truth to power. In this environment of uncontained power, abuse festers. Victims become victimizers in a multi-generational Catch-22 loop. “Thrashed, I thrashed my sisters,” Lessard writes with heart-breaking candour.

Lessard describes it as “a genetic virus travelling in the family line” that prevented anyone in the family grasping their situation. There was a collective “failure to distinguish between the mad and the menacing.” Abusive events were “drained of feeling and seemed insignificant.”

Parental figures were unable to protect children because the adults were, emotionally speaking, still children themselves. Lessard came to understand this as she unpicked her family’s past. “I had failed to develop an adult context for myself.”

The architect of grace

When we consciously engage with the choice to heal trauma, grace descends. This grace has nothing to do with quietness and peace. This is “a revolutionary grace that disrupts the status quo… An unconditional transforming force that flashes suddenly like lightning… After which nothing is ever the same again.”

This grace can be relied upon. I’ve written about my own experiences of it in Living with ghosts – confronting generational trauma. You can’t predict when this grace will appear, but you can predict that it will appear. It is, as Lessard describes, “outside the architecture of civilization as we understand it.”

For anyone interested in generational trauma, I cannot recommend The Architect of Desire highly enough. 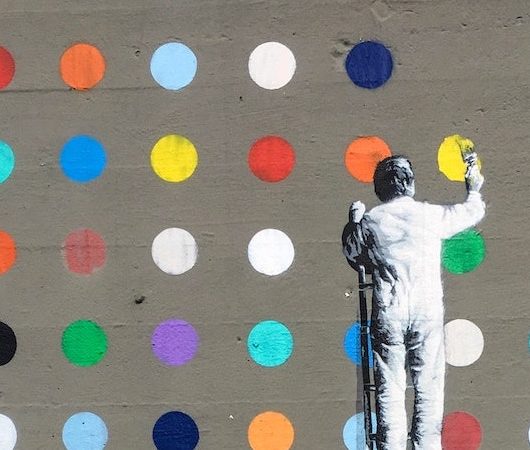