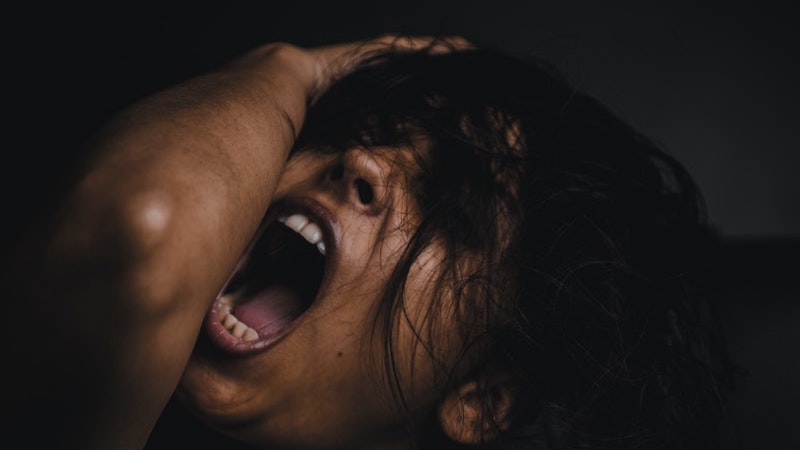 I have written extensively about ancestral trauma—the deep-seated, many-generations old traumas that we all carry a distant memory of from the dawn of patriarchy. I’ve also written about the inevitable consequences of clearing trauma—experiencing rage at having had to endure that traumatic experience. This week I encountered the nexus of the two: the rage that lies buried in the sands of our unconscious when we clear ancestral trauma.

Ancestral trauma is trauma that occurred thousands of years ago yet remain embedded as genetic programming in the collective unconscious. They are transmitted from one generation to the next via epigenetic inheritance.

How far back does ancestral trauma go?

As far as I can tell, to the Biblical Fall: the expulsion from the Garden of Eden into the desert. The story in Genesis with the ultimate all-star cast—Adam, Eve, a snake, an apple and an irate god—appears to be a folk memory of a psychological trauma affecting humanity that anthropological evidence totally supports.

In Saharasia, geographer James DeMeo documents how desertification in the Sahara, Arabia and Central Asia from around 4000 BC transformed peaceful hunter-gatherer and early agricultural societies into warring dynasties bent on conquest in the competition for increasingly scarce food sources.

In The Fall, university lecturer Steve Taylor documents the accompanying “ego explosion”. He writes that “the main event in human history is a sudden, massive regression – a dramatic shift from harmony to chaos, from peace to war, from life-affirmation to gloom, or from sanity to madness.”

The madness stems from multiple traumas inflicted by this shift, which I’ve documented in What is ancestral trauma? This madness is blindingly obvious in the modern world.

As I wrote in By-products of breakthrough – rage and compensation, rage is the inevitable reward—it pays to see the glass half full—of clearing trauma, ancestral or otherwise.

While the trauma is active, the rage is numbed out. Or it may be misdirected at someone or something that’s nothing to do with the source of the rage. This is called ‘projection’. It’s closely linked to a lack of emotional responsibility.

In recent weeks I’ve been ploughing across the trackless wastes of the deep unconscious. It’s difficult to know where one is, or what one’s processing in this featureless place—until afterwards, when the insights come.

I knew something was up as my teeth have been vibrating like crazy all week. The teeth are the densest part of the body, where we physically store our densest traumas. I could feel this deep urge to bite, to gnaw, to rip things and people apart.

This morning the buzzing lessened. The sandy wastes of the unconscious gave way to the scattered palm trees that signal emergence from the desert into recognisable emotional states. I understood at once that what I’d been feeling was ancestral rage. This is the rage my ancestors felt as the lush terrain around them turned to desert six thousand years ago. They were forced to fight for their lives just to survive, creating patriarchy in the process.

It’s not been a pleasant experience. Yet it’s another step towards wellbeing, emotional maturity and responsibility, the cool waters of holistic health. I’m off for a drink.