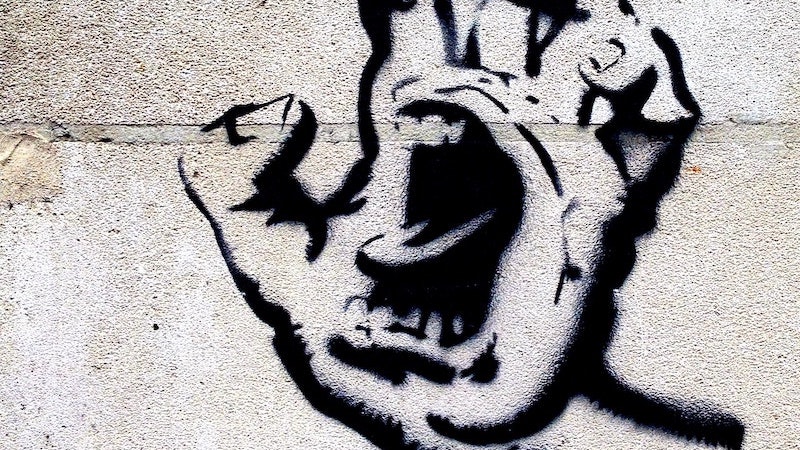 Rage and compensation are the inevitable by-products of breakthrough. It’s your task to learn to expect them and manage them responsibly.

It may seem odd to talk of rage and compensation in terms of a breakthrough. Breakthroughs are liberating. Old energies, patterns and paradigms smashed. Our outworn selves cast onto the scrapheap of… well, of something.

Both rage and compensation, by contrast, have quite different connotations. The Oxford Learner’s Dictionaries describes rage as “a feeling of violent anger that is difficult to control.” It’s a truly toxic emotion that can get out of hand very easily and cause lasting damage. Bridge, meet match.

Compensation is rooted in dispute. It isn’t necessary when life is humming sweetly. Compensation fuels rage when it isn’t forthcoming, and rage fuels a desire for compensation. The two energies exist in a symbiotic, self-fuelling embrace.

Shortly after we experience a significant breakthrough, both rage and compensation erupt into our awareness. Why? When we break through the emotional concrete surrounding an issue, everything relating to that issue surfaces. Let’s look at rage first.

Speaking at the 2021 Intergenerational Trauma Conference, Professor Kenneth V. Hardy described rage as one of the five core wounds of racial trauma. It’s common to all deep, long-lasting trauma. Hardy notes that rage is anger that builds up over time if it isn’t expressed healthily.

When we have a breakthrough, we liberate not only some form of trapped powerlessness, but also the unexpressed anger that we had to suffer that powerlessness. If the powerlessness was inherited through generational trauma, that anger dates right back to our birth.

In Othello, Shakespeare writes: “Men in rage strike those that wish them best.”

That’s why I was punching a cardboard box in my garage, rather than letting my rage simmer until some hapless family member, work colleague or social media acquaintance unsuspectingly triggered it. As we learn the laws of emotional mechanics, we learn to take emotional responsibility for what’s inside us.

The breakthrough is the compensation

The second fiery emotion released by emotional breakthroughs is a desire for compensation.

Parallel to our rage at having been stuck in powerlessness, we long for compensation for that stuckness, and for the pain and rage it created. Is compensation available?

“History provides neither compensation for suffering nor penalties for wrong,” writes John Acton. Anna Leonowens counters that “there is compensation in all things.” Which of them is right?

Paradoxically, both of them.

No one is going to hand you a settlement check for your suffering. That your suffering even existed, and that you achieved something inordinately difficult and painful in clearing it, are just as likely to pass without comment or reward.

Yet there is indeed “compensation in all things.” The compensation lies in the breakthrough itself, in the ongoing feelings of improved wellbeing that follow. Recognise your own achievement, even if the rest of the world is blind to it.

Rage and compensation are the inevitable by-products of breakthrough. It’s your task to learn to expect them and manage them responsibly.