Michael H Hallett > Blog > Shame > Why is it so hard to ask for help? 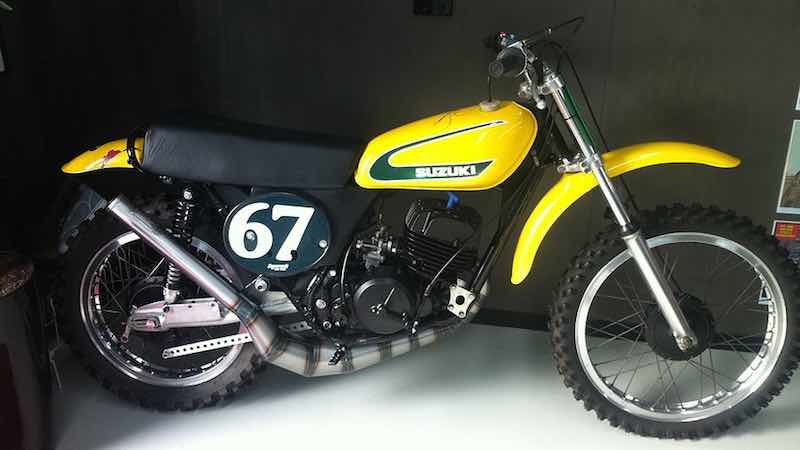 I can still remember it vividly. It was 1975 and I was 14 years old. My friends and I were learning to ride motorcycles. My best friend’s dad had a 50cc Honda step-through, a scooter with an automatic clutch. It was the only bike I had ridden—up until that fateful day that I can still recall 40 years later. Riding home on the school bus, another friend confided that his brother had a Suzuki TM250.

The TM250 wasn’t any bike. It was a motocross bike—a proper racer. It was part of the first wave of out-of-the-crate Japanese racers of the early 70s motocross boom. It wasn’t even road-legal. Going from the 50cc step-through to the TM250 was like going from a Fiat 500 to a Ferrari. Did we want to ride it? Of course we did—well, sort of.

I can still see us in my mind’s eye. The three of us, still in our dark blue school uniforms, trying to push-start this beast across the local rugby field (this was New Zealand). I have no idea what thoughts were running through my friends’ minds. But I remember what I was thinking. I was desperately hoping the bike wouldn’t start.

Why? Because I was afraid I couldn’t handle the notoriously vicious power delivery of 1970s motocross bikes? Because I might crash and hurt myself? No. For the simple reason that I didn’t know how to operate the clutch. The step-through, remember, had an automatic clutch.

I was 14 years old. I didn’t know how to operate a motorcycle clutch. And I couldn’t ask for help.

I was 14 years old. I didn’t know how to operate a motorcycle clutch. And I couldn’t ask for help.

Instead, I felt a burning sense of inadequacy. I dreaded the prospect of the TM250 kicking into life in a haze of bluish two-stroke exhaust. I longed for my friends to give in—which they eventually did. Pretending huge disappointment, I helped them wheel the bike back to my friend’s garage. Inwardly, I felt a huge surge of relief. But that stinging sense of incapacity stayed with me, decade after decade.

A name for it

I have a name for that feeling now: shame.

And I know why I couldn’t ask for help: because it made me feel like a failure.

Years later, in the software industry, I had the same lurking fear that I would be exposed as a fraud by some tiny gap in my knowledge. I’ve seen it in others, too, over-preparing for insignificant events to stave off the fear and shame of not knowing rather than simply admitting ignorance and asking for help. That’s why how-to videos on YouTube are so popular—it staves off that gnawing anxiety that we’ll be exposed and humiliated as charlatans.

To ask for help is healthy. If you, too, have some burning moments of shame in your closet—the memory of such moments is always very intense—or find yourself consumed with anxiety about what you don’t know, ask for help. There is no shame in that.