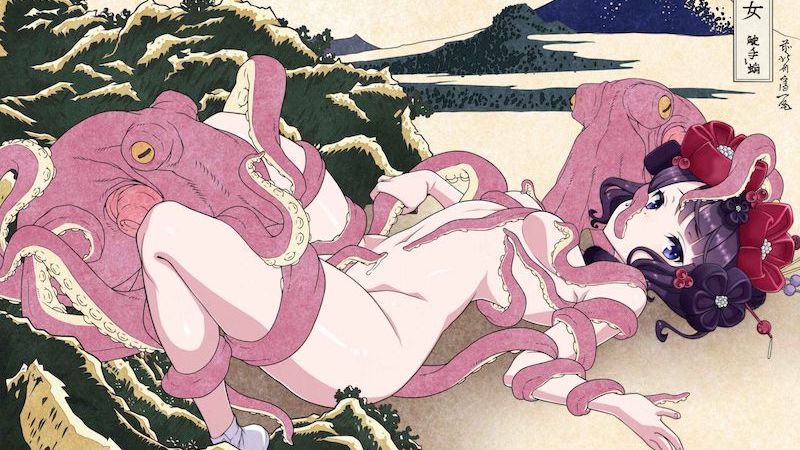 What is the victim/victimizer dynamic?

What do I mean by ‘patriarchy’s structural dynamic above? Here’s a recap:

In Ancient Greece, the husbands of unfaithful women were permitted to insert spiked fish into the adulterer’s anus. This public humiliation downgraded the latter’s social status from masculine to feminine (i.e., receptive), a catastrophic fall.

“Both men and women can be victimizers. As well as victimizing women, men victimized other men violently, economically and at times sexually. Ruling class women victimized their servants and slaves, male and female alike, sometimes more cruelly than their men did.

Until now, I saw the Alien as the clearest artistic representation of the active side of this dynamic, what I termed ‘the lower masculine victimizer’:

The penis—an image forbidden by society—physically embodies the lower masculine victimizer. What do you do when you can’t portray a penis? You use a tentacle. It’s what Ridley Scott did in the original Alien film (1979):

“There’s a telling scene—the subject of argument with film censors—where the Alien kills a female crewmember by thrusting its tail spike up between her legs.”

In the following decade, the tentacle-as-penis trope migrated into Japanese manga (graphic novels). It began with Toshio Maeda’s 1986 manga Urotsukidōji, ‘Legend of the Overfiend’, that did not include any tentacle sex.

The following year Hideki Takayama adapted the novel into an animated series, adding “so much violent, terrifying tentacular sex” that Maeda became known as the ‘tentacle master’.

Tentacle manga is a brilliant visual representation of Japan’s highly stressed society where work-life balance is a little known or applied concept. Instead ‘salaryman’, a white-collar career man, works stupendous hours in the corporate sector. In addition to his regular working hours, salaryman is expected to put in overtime at his own expense as well as attending night-time corporate leisure events.

On Anthony Bourdain’s Parts Unknown Tokyo episode, Toshio Maeda comments that, “You need to, you know—letting off steam—so probably the manga is the one way to do that.”

What happens when salaryman lets off steam? He reads tentacle manga on the subway home. Reading graphic novels of octopuses raping young women is apparently an accepted public activity is Japan.

It’s easy to see tentacle manga as an expression of male sexual desires denied by an overbearing work life and culturally conservative society. But that misses the point.

The victim/victimizer dynamic is a cycle. Everyone occupies both roles.

Salaryman, taking the subway to his suburban Tokyo home, isn’t just looking at a substitute metaphor for his thwarted penetrative desires. The octopus is the corporation, raping him day after day, getting what it wants, sucking him dry—while he gets nothing.

Salaryman is that guy in Ancient Greece with a spiky fish in his anus. In the feminine, receptive position, publicly humiliated, derided, ridiculed. In his anger, his powerlessness against the octopus, he turns his rage on his own victims—women. He humiliates them by publicly viewing lurid images of tentacle penetration while they stand powerlessly by. The cycle continues.

The really weird thing about Japanese tentacle sex is that it’s not a recent phenomenon. It’s over two centuries old. In 1814, Katsushika Hokusai carved a woodcut entitled The dream of the fisherman’s wife depicting exactly that. Flip the image and it’s virtually indistinguishable from the one above. 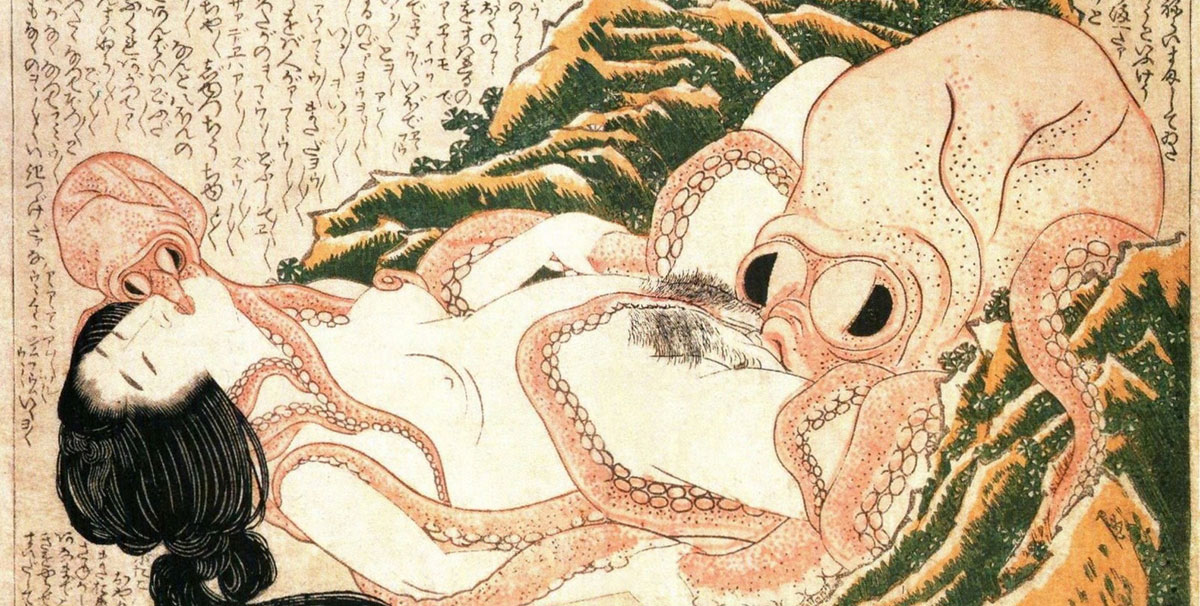 Tentacle manga is no exception.