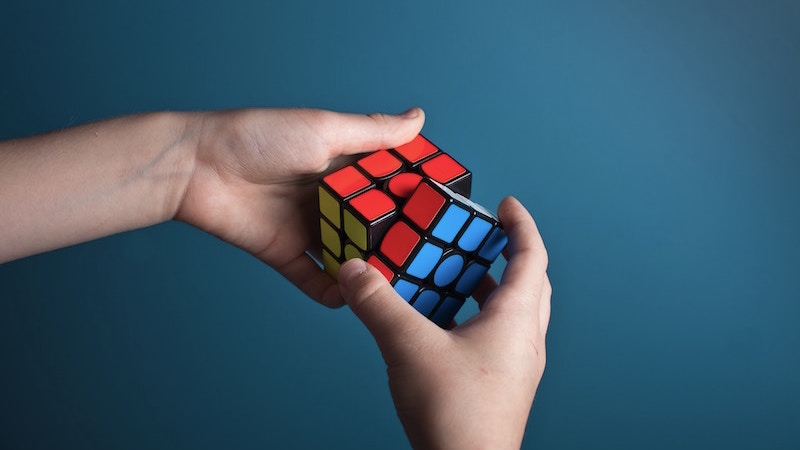 Ah, problems. We all have them. What distinguishes success from failure in life is the ability to solve them. To turn problems into solutions. Yet what if problems cannot exist without their own solutions?

When we encounter problems, it’s easy to drop down into a washing machine cycle of complaint, self-pity and despair. Rinse and repeat.

Friends and family try to lift us out of this depressive cycle with useless clichés like “cheer up” and “look on the bright side.” It’s the old glass-half-empty, glass-half-full paradigm.

There’s a school of thought that says it doesn’t matter which way you look at it—half-empty or half-full. This is incorrect. It matters a great deal.

To focus on the problem keeps us focused on blaming others, blaming ourselves, or bemoaning bad luck. These are victim states. Victimhood is essentially passive and helpless.

Focusing on the solution shifts us, in cricketing terms, onto the front foot… into a positive mind-set. This is the first step towards finding the solution—the first step on the path of mastery. Mastery is essentially active and helpful.

Problems are exactly the same. A problem cannot exist without its own solution existing in potential form. Everything in the universe is in balance. Therefore, to be in balance, the energy of a problem requires the compensating energy of its own solution.

It’s tempting to say that you don’t have to be Einstein to see this but, actually, you do. He gave us the quote, “Problems cannot be solved with the same level of thinking that created them.” Let’s substitute ‘thinking’ with consciousness.

The solution exists—but it’s invisible to us for now because it exists at a higher level of consciousness, outside our current perception.

This simple setup, the need to solve a problem at a higher level than that at which it was created, is the engine of evolution. Without it, the universe would remain stuck at the same level of development indefinitely because every problem could be solved without any kind of breakthrough.

We can harness the evolutionary power of Einstein’s insight in our own lives, our own problem solving, by recognising that the solutions to our problems already exist. They’re simply waiting for us to raise our game—to learn whatever the problem facing us is trying to teach us—before gracefully materialising before our eyes.