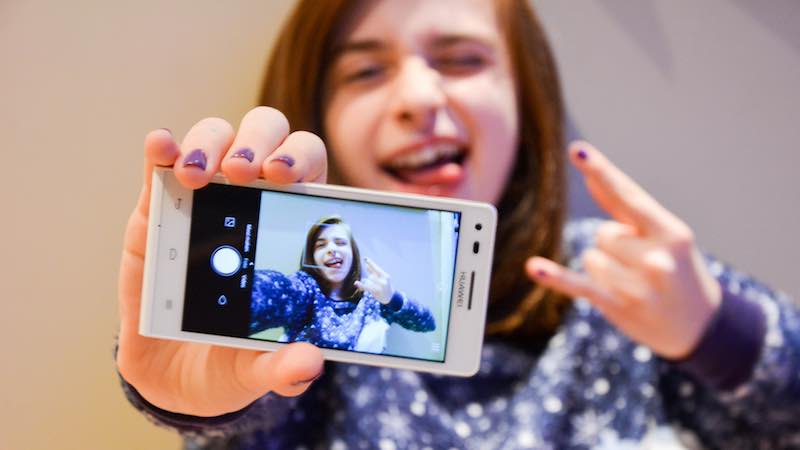 I recently saw a Facebook meme that showed four teenage girls taking a selfie. Paraphrasing Winston Churchill’s epic cry during the Battle of Britain in 1940, the caption read: “Never in history has a generation taken so many photographs of itself achieving so little.”

The flood of selfies on social media suggests that those creating this digital deluge are oblivious of their supposed underachievement. Yet a tweet from a young anxiety sufferer read: “My grandfather fought in World War 2. I am so weak.”

The World War 2 generation had no choice. If you were male, you either volunteered or got drafted. You put on a uniform and picked up a gun. You shot at whomever you were told to shoot at until you could shoot no more. Women’s roles were just as circumscribed. You went into the munitions factory or became a ‘land girl’. The war was won as much by the Women’s Institute as the armed forces.

Every generation has its challenge. Historically it was simply about staying alive. From the Industrial Revolution onwards—and particularly since the end of World War 2—the onus shifted from physical to financial survival. The outcome of World War 2 was the post-war boom, which brought not only prosperity but also the technology with which the current generation documents itself so avidly.

This is social evolution at work, a movement from gross to fine.

Today’s youth are the first generation in history whose primary issues are emotional. As such they have little understanding or support.

With widespread prosperity, society’s emphasis gradually shifted. Today’s youth are the first generation in history whose primary issues are emotional. As such they have little understanding or support. They rely on a mental health service devised by someone with no mental health issues. Follow the #mentalhealthcaresopoor hashtag if you want to find out how well that works (warning: it’s heartbreaking).

Today’s highly sensitive youngsters face an epidemic of stress, anxiety and panic attacks. Sprinkle in rising rates of autism, OCD, eating disorders and self-harm. They are dealing with all of this in the face of economic uncertainty, dwindling full time employment, random acts of terrorism and a government that is actively seeking to privatise healthcare.

Facebook and Twitter are littered with the tears of their inner Dunkirks. You will never see their D-Days, their bridges too far, their Battles of the Bulge. Their Everests are on the inside.

I salute this magnificent generation. I salute all of you. And if you want to take selfies with a mobile phone built on the fruits of previous generations, go for it.