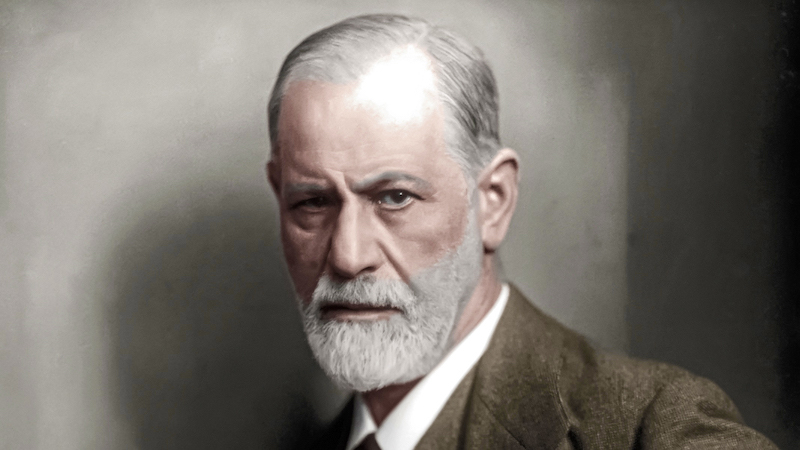 In 1929 Sigmund Freud, the ‘founding father’ of psychoanalysis, wrote a book that was originally titled The Uneasiness in Culture. It finally emerged a year later as one of his seminal works, Civilization and its Discontents.

In it, Freud argued that civilization forces individuals to repress their instincts in favour of socially accepted group behaviour. As a result civilization becomes both humanity’s greatest boon—sharing technological advances and the benefits of collective endeavour—while simultaneously being its greatest source of misery: the neuroses resulting from the repression of individual instincts.

The main instincts that Freud posited as being repressed are the sexual instinct and what he termed the ‘death instinct’. The latter is an aggressive drive that every child develops as a result of curbing their natural impulses during adolescence. Freud saw the repression of the death instinct as the chief function of civilization.

One writer describes this as “guilt and the neurotic repression of instinct are simply the price we pay in order to live together harmoniously in families and communities,” failing to note that neurotics, by definition, don’t live in harmony.

Freud’s book failed to resolve the paradox of civilization and its discontents. Its fundamental question—to repress or not to repress—haunts us to this day.

A recent survey demonstrates the scale of 21st century social anxiety. A third of Britain’s young women feel they cannot cope. Anxiety is a feature of widespread issues such as panic attacks, body image issues and self-harm. Much of the behaviour on the Autistic spectrum also has a close correlation with social anxiety. Discontent is at serious risk of outweighing civilization.

Civilisation is a disease

Intriguingly, social theorist Edward Carpenter presented a solution to Freud’s paradox thirty years before it was even posited. In Civilization: its Cause and Cure (1899), Carpenter argued that civilization was a disease that no society has ever survived. It was a disease that the world’s developed nations were on the brink of succumbing to.

The first piece of evidence Carpenter presented to support this radical contention was the number of doctors in the United Kingdom at the time. “If the extent of the national sickness is such that we require 23,000 medical men to attend to us, it must surely be rather serious !” Carpenter quipped, with the space between word and exclamation mark that was the fashion of the day.

Unlike Freud, Carpenter did not shy away from suggesting a solution. Its nature confirms that both men were addressing the same issue, albeit from different directions. While Carpenter drew on physical illness to open his case for civilization being a certifiable disease, for its cure he stepped fully into Freudian territory: the emotions.

Carpenter asserted that the solution to the malaise of civilization was a New Morality (including Victorian Capitalization) based on two key principles. Firstly, the recognition that a Common Life unites us while, secondly, simultaneously permitting Individual Affection and Expression—expression being the opposite of repression.

To Carpenter, an early gay rights advocate, this Expression expressly includes sex or, as he termed them, “the passions”. “We are generating steam in a boiler which is already cankered with rust. The cure is not to cut off the passions, or to be weakly afraid of them, but to find a new, sound, healthy engine of general morality and common-sense within which they will work”.

In the century since Carpenter’s book the British population has doubled. Yet the number of registered medical practitioners has risen over tenfold, lending a measure of credence to his diagnosis. Something is deeply awry in the very way our society is structured.

That something is reflected not only in widespread social anxiety but in the colossal scale of chronic diseases. Cancer Research UK advises that half of the people born after 1960 will be diagnosed with cancer. Our boiler is well and truly cankered.

Joining the dots between Carpenter and Freud’s theories, it is hard not to suspect that the astronomical levels of both neuroses and diseases are not only related to each other but also related to our ongoing institutionalised repression.

Despite Freud’s writings, as a society we are not aware of ourselves as being repressed.

Despite Freud’s writings, as a society we are not aware of ourselves as being repressed. Yet the conflicts between instinct and society he documented in Civilization and its Discontents continue to play out day after day. As Freud foresaw, “one can be certain that serious disorders will ensue”.

With swingeing cuts to adult social care and the National Health Service tottering towards collapse, the time for Edward Carpenter’s New Morality has surely arrived.