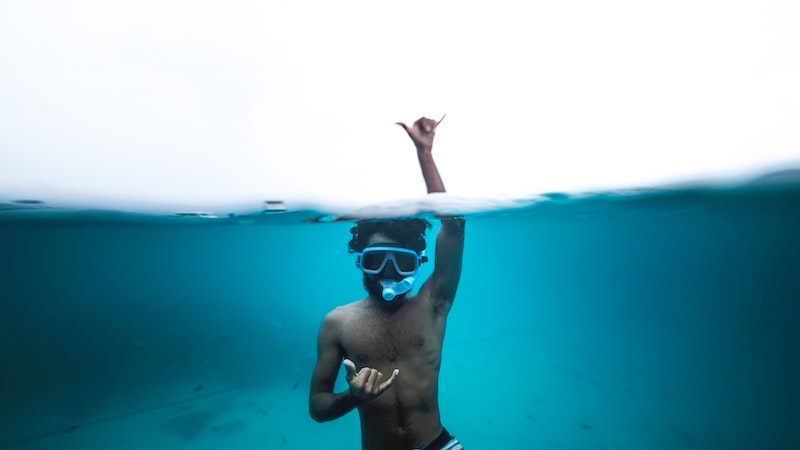 As I write this, coronavirus is sweeping the globe, public trust in the UK government has collapsed and the streets of America are full of rage. So is my social media feed: “It’s only 8.15am and I’m seething,” a friend posted recently—and it wasn’t even in response to any of these headline issues.

Another friend posted a video of Aerosmith’s song ‘Livin’ on the Edge’, with the simple comment “Who else feel like this….” Note the ellipses in place of the grammatically correct question mark. It’s not a question; it’s a statement.

When rage and fear flood our lives, it’s very easy to drown. Neither is a gentle energy, like the way your spirits rise at the sight of a golden sunset or a hawk on the wing. They are slam-bam, in your face, on-off, all-or-nothing energies.

When rage and fear flood our lives, it’s very easy to drown. They are slam-bam, in your face, on-off, all-or-nothing energies.

When they hit, they hit hard. They punch you in the solar plexus then surge up your throat, sending the mind into a frenzy of catastrophic what-if thinking and blinding your eyes. It’s like drinking from a yard glass—once the searing fluid of molten rage or fear starts moving, it’s hard to stop until it gushes and splatters messily all over your life.

By then it may be too late. You may have said or done something you now regret—a stupid action, a hurtful comment, an emotionally triggered social media post that can be deleted but whose damage cannot.

Fear and rage can’t be controlled by the mind; it doesn’t have the tools. You can’t think your way out of fear and rage because there’s no logical answer to either.

You’ve got to stop the fear and rage reaching your mind. You must stay above it. When it starts swelling in your gullet, when it’s pressing on your solar plexus—act then.

Holding the breath is like pressing the pause button on a video. Everything stops. Your entire being pauses to see what’s happening. You’ve got air in your lungs, so your body doesn’t panic—yet.

Release slowly and fully, then breathe in again. Your body senses things are returning to normal, your mind wants to start spinning off in fear or rage. You stop it by holding the breath again: one, two, three, four. Then release.

You’re buying yourself time—time to stay above the fear and rage.

You can feel it down there, wanting to surge up your throat and rule your life. A part of you wants to surrender to it, give it its head, express that fear or dump that rage on someone, anyone—regardless of whether they are responsible.

Emotional responsibility—that’s what this is all about. Enough people are dumping uncontrolled toxic emotions right now; we don’t need yours as well, thank you. Take responsibility for managing them.

Of course, breathing doesn’t solve the issues that underlie the rage and fear. You need other tools for that. In the meantime, breathe—and stay above the fear and rage.

Photo by Shifaaz shamoon on Unsplash