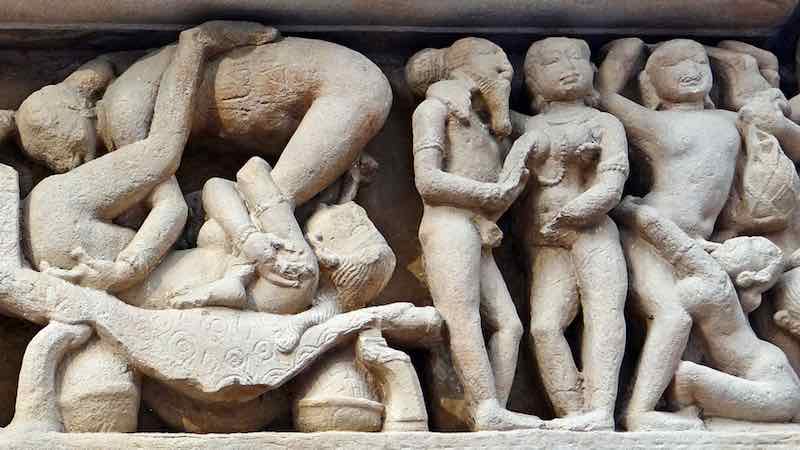 Agence France-Presse—who can be trusted on such matters—advise that two American sisters were arrested at the Angkor Wat temple complex after “they lowered their pants and took pictures of their buttocks”. Lindsey Adams, 22, and Leslie Adams, 20, follow in the still-warm footsteps of three Frenchmen who were recently deported for the same crime and some Asian women whose images of nude poses at Cambodian temples went viral (in Asia, at least).

A spokeswoman for the Apsara Authority, the government agency that manages Angkor, the largest religious monument in the world, either gave the American sisters the benefit of the doubt or subtly insulted their intelligence. “Perhaps they did not know Angkor is a holy site,” said Chau Sun Kerya. She added, “Their inappropriate activities affect the sanctity of the place”.

Cue a small herd of Asian elephants trooping through the room. The Apsara spokeswoman failed to explain how the collective baring of the Adams sisters’ buttocks defiled Angkor. Nor why an 800-year-old temple complex (originally Hindu, later Buddhist, seeing as you asked) is considered sacred while the nude human body is so vile that its public exposure attracts a criminal charge of making pornography.

The Apsara spokeswoman failed to explain how the collective baring of the Adams sisters’ buttocks defiled Angkor.

The inability to explain why the human body is unholy is a certain marker of sexual shame. Nonetheless, it will likely result in suspended charges against the American tourists and their expulsion from Cambodia.

Predating Angkor, the Khajuraho complex dates from 950 – 1050 CE and is dedicated to both Hindu and Jainist deities. The outer walls of Lakshmana writhe with well-endowed figures sculpted in a variety of gravity-defying positions. Many stress the tensile strength of the male members to their limits. One particularly beady-eyed fellow eagerly penetrates an ass (of the four-legged kind).

While the Adams sisters may soon be on a Cambodia Angkor Air flight out of Phnom Penh, the Apsara Authority braces itself for an influx of tourists hungering for the frisson of baring themselves at the country’s religious sites. Entire websites devoted solely to this activity will spring into existence.

The stakes will soon be raised: baring one’s arse is for amateurs; truly daring tourists will photograph themselves—and their partners—in the contorted embraces seen at Lakshmana. Angkor Wat becomes Angkor Twat. Cultures once flourished that reconciled sexuality and sanctity; where the revelation of the divine and that of the flesh were one and the same. For some adventurous tourists, those days cannot return soon enough.