“You’re looking at a woman who was publicly silent for a decade”. So begins a brave and inspiring TED talk from Monica Lewinsky. For those of you who weren’t following American politics in 1998, Lewinsky—then a White House intern—was the third point of a triangle that also included President Bill Clinton and a Cuban cigar. The affair fed into ongoing investigations into presidential abuses of power by Independent Counsel Ken Starr. The outcome was Clinton’s impeachment later that year.

Clinton ultimately rode out the scandal, but the timing could not have been worse for Lewinsky. The sexually titillating story broke just as the Internet reached mass acceptance. The result was a torrent of online abuse and slut shaming directed at the former intern. In her own words, Lewinsky became “Patient Zero of losing a personal reputation on a global scale almost instantaneously.”

The overwhelming sense of humiliation drove Lewinsky underground. She describes the experience as “almost unbearable”. Recent research shows that “humiliation was a more intensely felt emotion than either happiness or even anger”. Lewinsky poignantly recalls how her mother forced her to leave the bathroom door open due to fears for her daughter’s safety. Some parents never had the chance to provide such a safety net. In 2010, 18-year-old Tyler Clementi committed suicide after surreptitiously filmed footage of him having sex with another man triggered an avalanche of online ridicule and abuse.

Clementi’s suicide was a watershed moment for Lewinsky and provided a means of reframing her own experience. She became aware that the Internet—particularly since the rise of social media—facilitated what she terms “technologically enhanced shaming”. Private information is stolen, then made “public without consent, public without context, and public without compassion”. The public hunger for scandal—particularly sexual—turns this content into click-bait. And click-bait is manna from heaven for unscrupulous, profit-driven advertisers.

Hence the public resurrection of Monica Lewinsky. Nearly two decades on from her affair with Clinton she has re-emerged into public life. She warns that “a marketplace has emerged where public humiliation is a commodity”. Due to its rewards—both financial and emotional—there is a risk that online shaming will become culturally accepted. Lewinsky advises us to treat those whose mishaps are splattered across cyberspace with compassion.

Monica Lewinsky has found not only a way of re-entering the public sphere but a way of doing so that is timely and uplifting.

Monica Lewinsky has found not only a way of re-entering the public sphere but a way of doing so that is timely and uplifting. Yet more important than her message is her own experience. She closes her talk with comforting words for the victims of shaming: “You can insist on a different ending to your story”.

Once again Lewinsky turns to that word, compassion: “Have compassion for yourself”. Patient Zero has redeemed herself. Despite the excellence of Lewinsky’s talk, a couple of points remain unsaid. Firstly, whenever shame is involved, sex is rarely far away.

For all our rose-tinted notions of living in sexually liberated times, at a core level sex remains a profoundly uncomfortable subject for many people. Public revelations of nudity or sexual behaviour—such as Tyler Clementi’s illegally filmed gay sex or Jennifer Lawrence’s nude photo hack—provide a dumping ground for the disquieting feelings that sex continues to generate.

The second point is that if compassion is a successful antidote to the pain of public humiliation, then surely it can also be used to inoculate against those nauseating feelings of shame in the first place. For shame can only take root in the parts of ourselves that beg for outside acceptance; when in its stead we receive vicious, often sexually-inflected abuse, those parts cry out in “excruciating” pain. Self-worth—not in the egotistical sense, but simply in knowing that we are inherently valuable—comes when we have compassion for those wounded parts of ourselves often buried way below the waterline of our own consciousness.

Compassion for ourselves and compassion for others begins now. Before another Tyler Clementi hurls himself off the George Washington Bridge or before we become the victims of online shaming. Monica Lewinsky has been through this, very publicly, on our behalf. Let her sacrifice not be wasted. 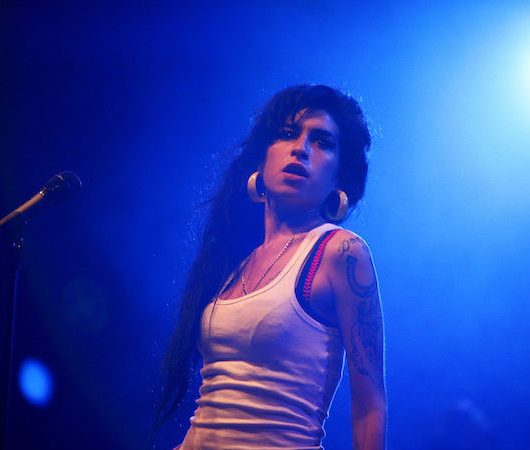