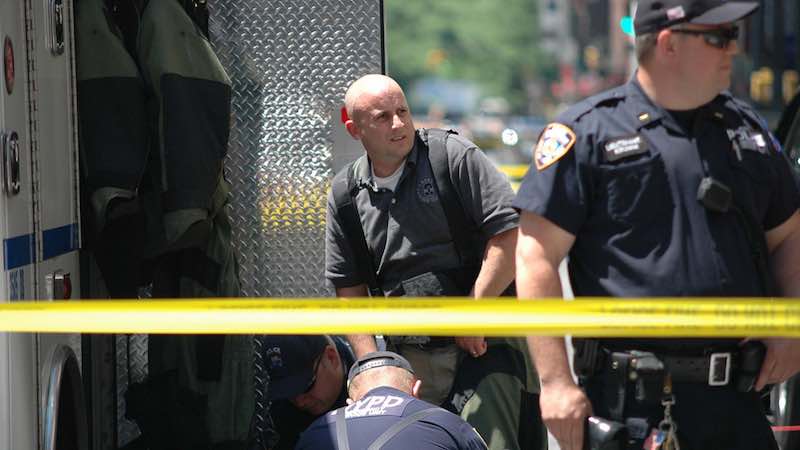 I recently posted about the emotional dysfunction underlying the Finsbury Park and Westminster Bridge attacks in London. A scant few days later, a shooting in New York with distinct emotional similarities has occurred.

In the afternoon of 30 June 2017, Dr Henry Bello entered the Bronx-Lebanon Hospital where he used to work as a family physician. Concealing an automatic rifle underneath his lab coat, he gained admittance using his old ID card and took the lift (sorry, elevator) to the 16th or 17th floor. Bello killed a woman (believed to be a doctor) and wounded six other people. He then tried to set himself on fire before turning the rifle on himself. Bello died at the scene.

Details of Bello’s past rapidly emerged. He had either been fired from the hospital in 2015 or allowed to leave to avoid sexual harassment accusations. Bello was arrested in 2004 on a sexual abuse charge. In 2009 he was charged with unlawful surveillance after two female patients reported that he tried to look up their skirts with a mirror.

Colleagues described him as “very aggressive” and a problem employee. He reportedly threatened a killing spree when he left Bronx-Lebanon in 2015. No one thought to rescind his ID card.

In my post on the Finsbury Park mosque attack, I suggested that the assailant, Darren Osborne, was not so much a terrorist as a ‘rampager’—someone with a history of failed relationships and violence who had lost emotional control and gone berserk. Henry Bello fits this pattern perfectly. In his case psychosexual dysfunction is more prominent, but there is otherwise little to distinguish his emotional trajectory from Osborne’s.

Both attacks are symptomatic of a society in an accelerating state of breakdown. Patriarchal societies polarise resources (haves and have-nots); this includes access to sex just as much as access to money. The fear of failure at competing for resources—as well as the inherently sex-negative structure of patriarchies—creates an atmosphere of extreme emotional pressure that growing numbers of people, particularly men with low emotional intelligence, struggle with.

The constant pressure—and the constant sense of failure—in turn creates an internal rage that builds until it reaches a trigger point. Some men live with that trigger point all their lives. Others, like Darren Osborne and Henry Bello, reach a tipping point. Afterwards there is no way back for them, or for the casualties left in their wake.

Darren Osborne fixated on recent terror attacks in Britain, leading him to the Finsbury Park mosque. Henry Bello targeted the hospital that discarded him after he became too much of a problem. Like Bello, Vincent Tabak and Elliot Rodger were undone by their inability to express their sexuality in socially acceptable ways. Charleston shooter Dylann Roof was fixated on race.

Sex, race, politics, religion… the contexts these attacks occur within depends on the individual. Ultimately, that is of secondary importance. The real issue is our structurally unsound Western societies have passed their own tipping-point. We are now creating so many rage-filled adult males that events like Finsbury Park and the Bronx-Lebanon shooting spree can only become more common.

Image: NYPD Bomb Squad by Ethan on Flickr. Cropped to 16:9.