The oxygen masks have dropped from the ceiling. The aisle strip lighting has come on. The in-flight crew are strapping themselves into their seats—which are, luckily for them—rearward facing. The pilot calls over the intercom: brace!

Yes, it can’t be ignored now. Society is in a semi-controlled crash.

The indicators of this crash are not the election of President Trump, Brexit or the petulant willy-comparing warmongering between the US and North Korea. The real indicators that our society has reached an untenable state and become, in molecular terms, unstable lie elsewhere.

The indicators of this crash are not the election of President Trump, Brexit or the petulant willy-comparing warmongering between the US and North Korea. The real indicators that our society has reached an untenable state and become, in molecular terms, unstable lie elsewhere.

The UK cancer rate is now 1:2. Mental illness rates are 1:4 and rising. Anxiety is endemic. Homelessness, bankruptcy, eating disorders and binge drinking are widespread. Self-harm has risen sharply over the last decade and now affects a fifth of 15-year-olds. These are the true indicators of our toxic, unfit-for-purpose social model. Our rapidly unfolding society crash.

Beyond all the statistics, growing numbers of people are simply ‘losing it’. I’m not just referring to those whose loss of control goes viral, like the US sheriff who arrested a nurse who refused, entirely legally, to take a blood sample from an unconscious patient. I’m seeing it on the roads, in the shopping centres, schools and at work: little outbursts and mini-meltdowns. Raised voices, a slamming door, someone striding off in a huff. Have you noticed it too?

Our social model is unsustainable. Its structure generates too much stress. Collectively, we have lost control. And anything that loses control must crash.

Just because we have collectively lost control that doesn’t mean that you personally will lose control. That’s why, in the title of this blog, I didn’t say uncontrolled. I said semi-controlled.

What can you control? Not much, actually—but enough. You’ve got no control over what Trump or King Jong-un do. It doesn’t matter if 9/11 was an inside job, Hurricane Irma was geo-engineered or the moon is made of Wensleydale if there’s nothing you can do about it.

Emotional cohesion is acquired through non-judgment. If we judge a situation—like the kids being late out of school—as ‘bad’ it causes us stress. The more we can look at the madness around us with relaxed detachment, the less stress we feel. The less stress, the further we are from losing it.

Emotional cohesion can be cultivated in many ways. Learn mindfulness or meditation. Walk in nature on your lunch breaks. Practice deep, conscious breathing and learn to simply let go. If you want a more structured approach, study Cognitive Behavioural Therapy (CBT) or Neo-Linguistic Programming (NLP). If you have a more mystical bent, dip into Sufism or Taoism. It doesn’t matter, as long as you consciously develop your ability to detach.

Emotional cohesion often doesn’t cost a penny. You don’t need to sign up for expensive courses or buy anything. You can practise it on the tube or during really boring meetings at work.

This won’t hurt… much

If emotional cohesion is so wonderful, why aren’t we all cultivating it? For the simple reason that it hurts. When we shut out the busy-busy world and enter the silent space of meditation, mindfulness and conscious breathing we become aware of our emotional wounds and the healing they require.

Although it will be painful, that’s what you need to do. For it is precisely these wounds that are the trigger-points where we lose it. It’s better to be proactive and do some personal development than to be reactive and end up in therapy.

So, brace. Your landing can be softer than it might otherwise be. 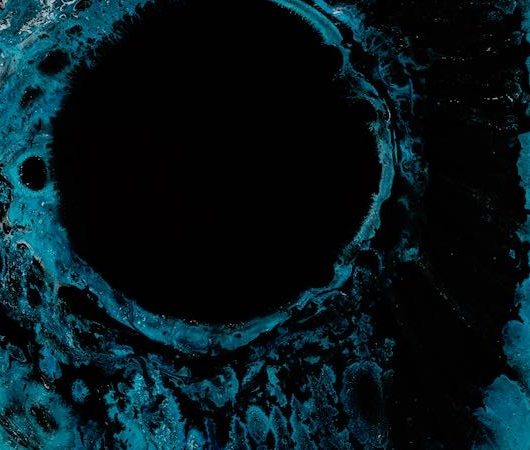