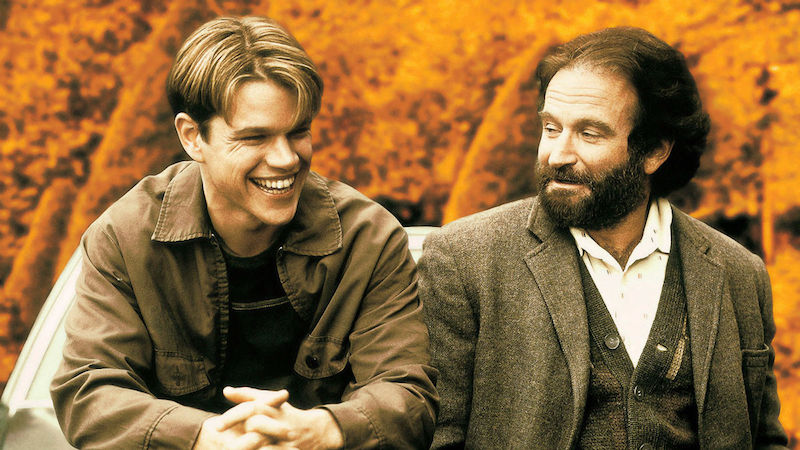 In the Oscar-winning film Good Will Hunting, much-loved actor Robin Williams plays a psychologist who treats an angry, uncommunicative South Boston janitor (played by Matt Damon) who turns out to be a self-taught mathematical genius.

In the film’s cathartic moment, Williams’ psychologist repeatedly tells Will Hunting that his mental issues are not his fault, hammering on the emotional armouring of Damon’s character until he finally breaks through. The tears flow. Acceptance and release occur, and Will Hunting is forever changed—as was the film’s audience; in 2014, the Hollywood Reporter ranked it number 53 on their list of 100 Favourite Films.

The film’s backstory reveals that both Will and the psychologist were victims of child abuse. Any time abuse is present, trauma is present, and any time trauma is present shame will accumulate like an invisible layer of concrete, hermetically sealing off the unprocessed emotional pain of the trauma beyond reach. From there it manifests as anger, violence, depression, self-harm, anxiety or some other form (or forms) of emotional dysfunction.

But it isn’t necessary to suffer significant abuse or trauma to be affected by shame and to exhibit any of the symptoms listed above. Our society constantly inflicts low-grade trauma on those who breach its protocols on accepted behaviour. This is due to our patriarchal past, where for several millennia all displays of emotional and sexual behaviour have been severely cloistered.

When we’re told to ‘button it up’, ‘keep the upper lip stiff’ (an archaic British phrase, though the sentiment lingers on), or ‘act like a man’, we are shamed into suppressing our emotions. The men created by such a society are automatons, intelligent, angry and violent, cut off from their emotional selves—just like Matt Damon’s titular character in Good Will Hunting.

Emotional suppression seems to be distributed between the sexes with fairly equal abandon. Men are told to ‘simmer down’ to quash their anger, which then often exhibits in football violence, boy racers, extreme sports and other forms of self-harm (in the widest sense of the word). Teen girls in particular are told to ‘behave sensibly’ when their young bodies are flooded, quite naturally, with unruly hormones.

My outlet used to be riding a motorcycle at 100mph, then slowing down to 80 or so… while the rest of the traffic was doing 60. I was going faster than them, but because I had just slowed down the world seemed to move in slow motion. In this distended time-space my ‘rage against the machine’ temporarily eased.

Unsurprisingly in view of our patriarchal past, sexual suppression is more often directed at women. Girls are told to ‘pull your skirt down’, ‘keep your legs closed’, ‘don’t bend at the waist’, and ‘that’s not very ladylike’. All of these may be necessary defences against unwanted sexual attention but they also reinforce a sense of shame that alienates us from the sexual aspect of our being. That aspect also includes our creativity, playfulness and confidence. It’s no wonder that our society, increasingly ‘touchy’ about sex, is also increasingly anxious.

We’ve all been on the receiving end of this kind of endemic shaming. Often we have taken it on board, turning suppression into repression. The outside world no longer needs to shame us; we do it for ourselves. According to the emotional rules of patriarchy, this is the ideal solution.

These shames are not your fault. They are hangovers from a dying patriarchal social, emotional and sexual model whose toxicity has reached critical levels. Like Will Hunting, we all need to break through our own emotional armouring and let the tears flow.

These shames are not your fault. They are hangovers from a dying patriarchal social, emotional and sexual model whose toxicity has reached critical levels. Like Will Hunting, we all need to break through our own emotional armouring and let the tears flow. That starts by recognising that there is no one to blame. It is what it is. We are where we are—at a point in history when reclaiming our emotional and sexual wellbeing is society’s paramount task.

Repeat after me: “It’s not your fault.”