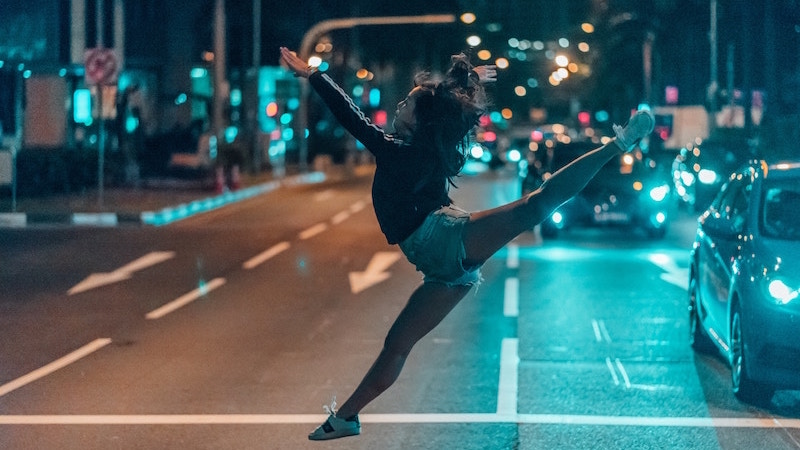 I am standing at the lip of a chasm. I would like to tell you that my back faces the chasm—that I have just crossed it. But no, the chasm stands before me. It is one I need to cross.

It’s one I have tried to cross before in my life, and failed. It’s taken me a few years of trepidation to get back to the point where I am willing to attempt it. Last time, I made the mistake of attempting to cross the chasm in two small jumps—hence the title of this post. I thought this quote came from a motivational speaker or New Age guru, but it is actually credited to David Lloyd George, British Prime Minister from 1916 to 1922.

No one quite knows what Lloyd George was referring to, but his quote is apposite any time we are faced by a daunting situation. In my case, it is turning my passion for wellbeing and healthy men’s sexuality into a full-time, life-altering vocation.

So, I stand at the lip of a chasm, a chasm I have failed to hurdle in the past. But I have learned from my mistakes. This time I have some new tools—perhaps ‘stances’ would be a better word—to help me cross.

So, I stand at the lip of a chasm, a chasm I have failed to hurdle in the past. But I have learned from my mistakes. This time I have some new tools—perhaps ‘stances’ would be a better word—to help me cross. Here they are:

Being uncompromising isn’t something we talk about much, but I’ve learned that it’s very powerful. My favourite example of being uncompromising comes from the Bible: when Jesus overturns the moneylenders’ tables in the temple. Note that he doesn’t ask them to move elsewhere. That gives the moneylenders the choice of reacting—or not. By overturning the tables, Jesus forces them to react.

This is the first criterion of being uncompromising—ensure that a reaction must happen. You may need to push yourself into a corner where you are forced to act—like resigning from a job, which I’m about to do—or it may be someone else you force to act. The second criterion is that you don’t know what reaction will occur. I don’t know how my boss will react. How my wife will react. I don’t know where my next pay cheque is coming from. But I know that by being uncompromising, I am stirring the primal forces of life into action and something will change.

All three of my stances are about being clear, committed and courageous—about making life sit up and take notice. Being bold is part of that. A small chasm isn’t worth crossing; in fact, it isn’t even a chasm. It’s something else (though I’m not quite sure what). Lloyd George’s quote, “You can’t cross a chasm in two small jumps,” actually has a preceding sentence, and it relates to boldness. “Don’t be afraid to take a big step if one is indicated.” The kicker, of course, is the trailing clause, “if one is indicated.” How do I know if a big step is indicated? If you’re standing somewhere, like I am, and there’s a gaping chasm in front of you!

So I step forward. My toes are over the edge of the chasm. Any moment now I will take a few paces backwards, pause, breathe deeply, break into a run—and jump.

I will let you know how I get on. If you don’t hear from me for a while—or hear a long wailing sound—you know what has happened.

Photo by Hanson Lu on Unsplash