On Tuesday 15 September 2015 the Chester crown court found 25-year-old Gayle Newland guilty of tricking a female friend into wearing a blindfold and having sex with her using a prosthetic penis. Newland protested that the complainant was ‘in’ on the deception—a Venetian masked ball fantasy cross-dressing role-play with sex on top. The complainant—and the jury—disagreed.

The details of the case fall squarely in the ‘stranger than fiction’ category. Newland posed as a man called Kye Fortune, developing a cyber-relationship with the complainant until she agreed to some hanky-panky. Here the singularly ill-fated Mr Fortune advised that he felt awkward naked. He lost his physique following a car accident and brain tumour. The complainant acceded to blindfold sex multiple times. She only realised that she had been duped when she removed the blindfold. She was confronted not by the sickly Kye Fortune but by the sight of Newland with a raging strap-on.

The entire case is so ludicrous it’s difficult not to jest about it. Yet clearly this was no joking matter for either Newland or the complainant. Newland told the court she was uncomfortable with being a lesbian. Hence she found her male alter ego an easier way to express her sexuality. The complainant, for her part, described herself as “desperate to be loved”—a desperation that repeatedly drowned out the hooting claxons going off in their hotel room as she obediently donned a blindfold before the strapping Kye Fortune emerged from the bathroom.

And here, in this desperate pastiche of sexual confusion and low self-esteem, we see the shadow of unconscious shame—a shame so deeply embedded in the psyche that it literally twists a person’s life out of shape. This was no momentary lapse of reason.

Newland spent two years hiding behind Kye Fortune’s mask, cultivating her relationship with the complainant until it could be consummated—if that is the right word—with a latex shaft.

Forget the rainbow-tinted Facebook avatars commemorating US gay marriage rights. No stroke of Obama’s pen could ever make Gayle Newland feel that being a lesbian was emotionally legitimate. Thus Kye Fortune was born. Conversely, the complainant felt so unworthy of love that she blindly accepted Fortune’s bizarre sexual stipulations without demur and wound up on the business end of a prosthetic penis. To paraphrase a well-known Victorian libertine: Once might be an accident, twice carelessness, but 10 times? That’s unconscious shame. 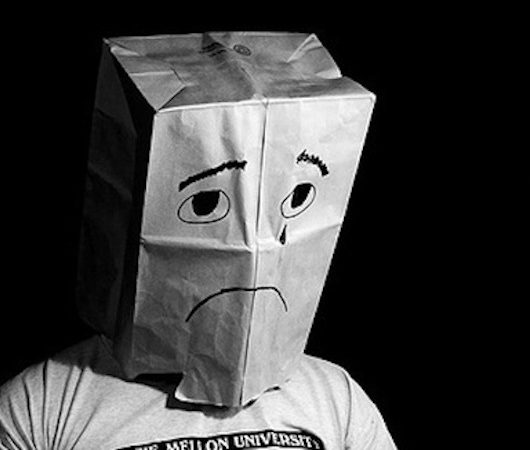